Confederate statue to be removed from Montgomery Bell Academy 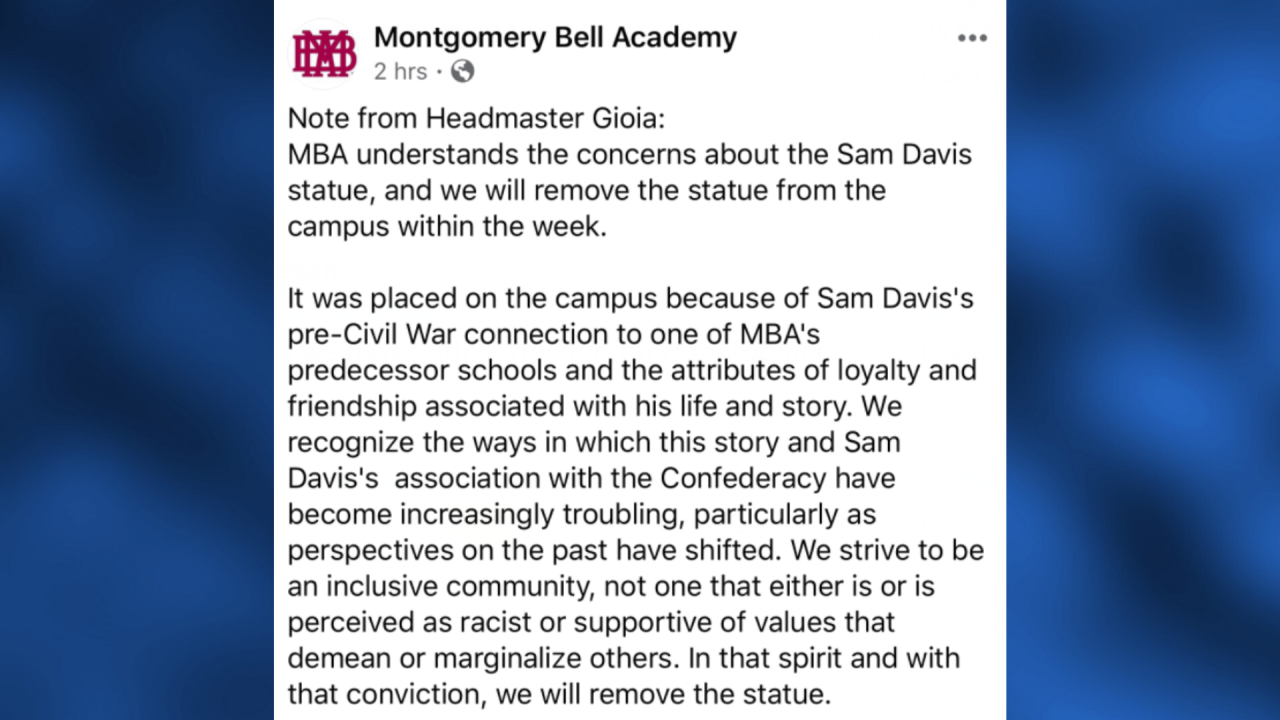 NASHVILLE, Tenn. (WTVF) — School officials at Montgomery Bell Academy say they're planning to remove a statue from its campus.

A statue of Sam Davis sits on the school's property. Davis is known as the “Boy Hero of the Confederacy.”

School officials responded to concerns over the statue on social media:

MBA understands the concerns about the Sam Davis statue, and we will remove the statue from the campus within the week.
It was placed on the campus because of Sam Davis's pre-Civil War connection to one of MBA's predecessor schools and the attributes of loyalty and friendship associated with his life and story. We recognize the ways in which this story and Sam Davis's association with the Confederacy have become increasingly troubling, particularly as perspectives on the past have shifted. We strive to be an inclusive community, not one that either is or is perceived as racist or supportive of values that demean or marginalize others. In that spirit and with that conviction, we will remove the statue.