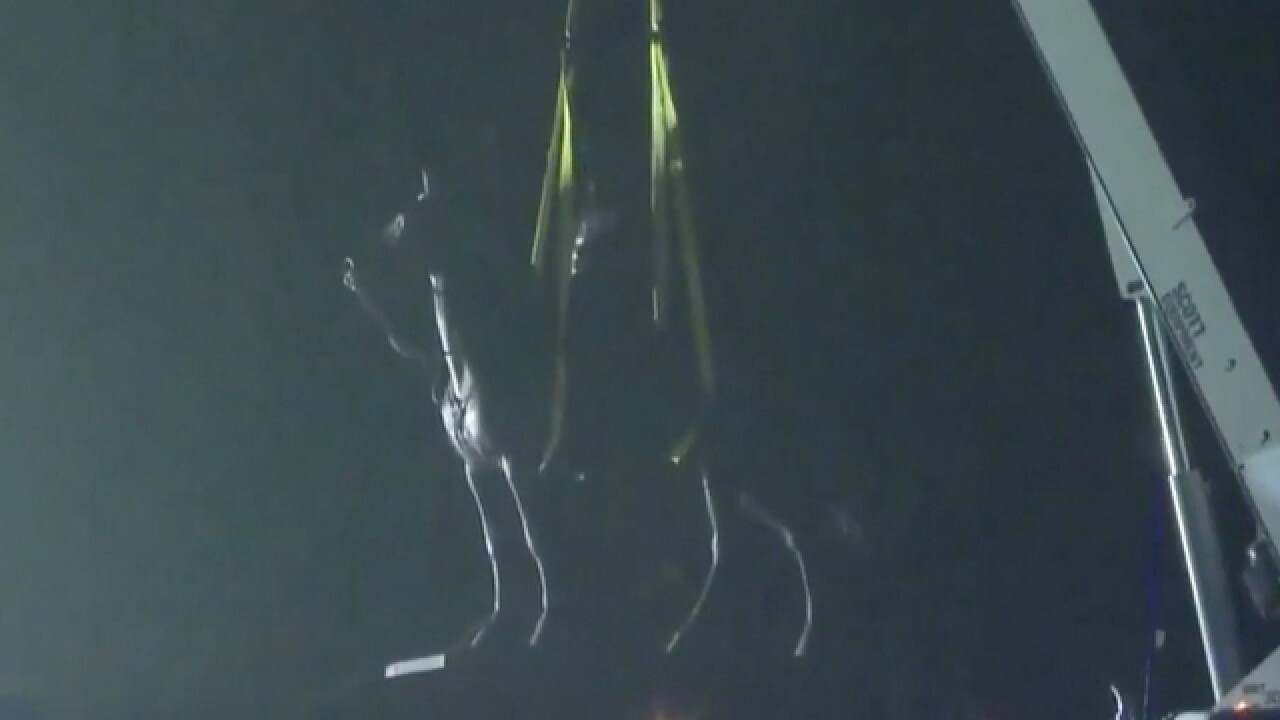 Copyright 2017 Scripps Media, Inc. All rights reserved. This material may not be published, broadcast, rewritten, or redistributed.
&lt;p&gt;Courtesy: WREG&lt;/p&gt;

Two Confederate monuments that have stood for years in Memphis have been taken down.

The council voted Wednesday night to sell the parks where the statues honoring Nathan Bedford Forrest and Jefferson Davis were located.

The Nathan Bedford Forrest statue came down just a few hours after the vote.

A private group headed by a county commissioner used anonymous donations to purchase the two parks from the city of Memphis, remove the statues, and keep the parks running at their current level.

He said at a news conference Thursday the statues were being held at an undisclosed location.

The City Council vote was unanimous on Wednesday to sell the two parks.

Strickland said Greenspace legally was allowed to remove the statues, but the city wasn't.

On Thursday, Mae Beavers released the following statement on the removal of the statues:

“Our history is not perfect, nor are the historical figures who helped shape our state and nation,” Beavers said, “but it is wrong to destroy these public monuments suddenly and in the dark of night in order to cater to the politically motivated demands of those who want to cleanse our history. There are some individuals and groups who want to promote a divisive agenda using claims of racism and bigotry against anyone who respects history and wants to preserve it. Sadly that rhetoric, and weak-kneed politicians unwilling to stand up to them and their threats of violence if they don’t get their way, is creating a climate where hysteria seems to matter more than history.

Removing these historical monuments won’t help a single child in Memphis do better in school. Perhaps the Memphis City Council should worry more about the abysmal test scores being produced in their city schools rather than using removal of monuments as a way to distract from their failures. Removing these historical monuments won’t make the City of Memphis a bit more safe from the violence that plagues it daily and the nearly 200 homicides this year. Perhaps the Memphis City Council should focus more on creating a safer community for its citizens rather than using monuments to distract from the fact that none of those statues are a threat to the safety and security of the parks where they sit. And removing those statues will not create any new jobs or reduce the regulations that hamper small business growth in the city. Perhaps those issues deserve more attention by the Memphis City Council if they really want to improve the quality of life in Memphis."