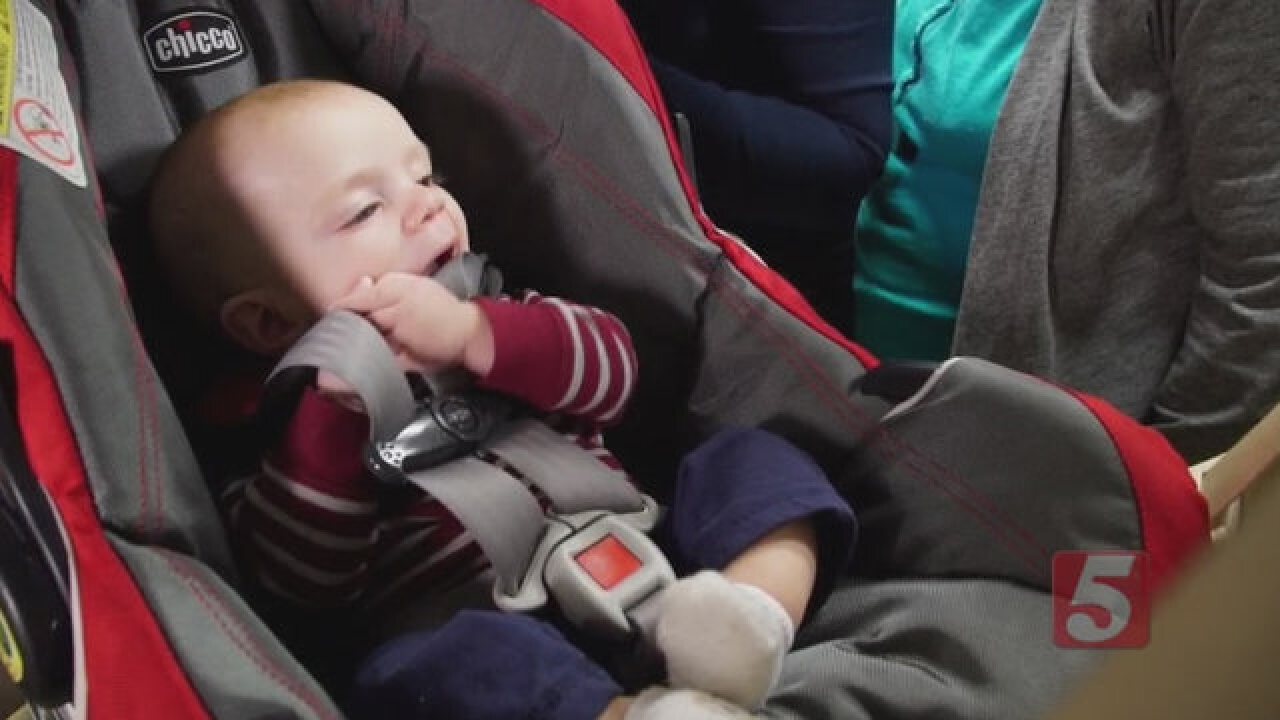 Toddler Booster seats are forward facing car seats that can be initially used with a five-point harness and then they transition to be used as a booster with the car's own seat belts.

Consumer Reports' crash evaluations are more rigorous than the federal safety crash test requirements, which all seats must meet in order to be sold.

CR's tests of the Britax Frontier ClickTight, the Britax Pioneer, the Cosco Finale 2-in-1, and the Harmony Defender 360 found that the load-bearing components at the rear of all four seats break when tested with dummies whose weight nears the seat's limits for its harness system.

When the structure surrounding either the harness or top tether breaks, it can compromise the seats' ability to protect the child in a subsequent crash event.

It may also allow the child to move further forward, with means they can contact portions of the vehicle interior and if the harness disengages completely, the seat in no longer restraining the child.

Consumer Reports knows of no injuries related to the structural failures revealed in its crash tests.
So what should you do if you own one of these seats?

Consumer Reports says you should not stop using the seat unless you have one to replace it.  Any car seat is better than no car seat, and these seats all provide a basic margin of safety.

If they're over 40 pounds, but still too small for them to fit the booster and vehicle seat belts correctly, Consumer Reports says you should replace your car seat with a different, forward-facing harnessed car seat.

In statements to Consumer Reports, Britax, Cosco and Harmony all reiterated the safety of their seats and noted that they meet federal standards and that Consumer Reports' testing differed from the government's.

If you do need to replace your child's car seat, Consumer Reports recommends the Graco Milestone, Graco 4-Ever or Chicco NextFit.