Couple turns to social media for help in adoption journey

A couple is taking their adoption journey to new lengths, they're hoping social media can help them grow their family.

NASHVILLE, Tenn (WTVF) — A couple is taking their adoption journey to new lengths, they're hoping social media can help them grow their family.

Lauren and Don Derby are ready for more kids, they have a four year old daughter name Ella, and she's ready for brothers and sisters. It was after her birth Lauren and Don said they were ready to look deeper into adopting.

The couple admits it hasn't been an easy ride, but it's one that brought them closer together and adventuring new and creative ideas. The Derby's have created a Facebook page in hopes of finding a mother who is looking for the perfect parents to raise her child.

"We want to meet her where she is and what better place than social media," said Lauren Derby, who says the whole idea behind the Facebook page is to provide a safe space for the mothers.

"It is about an expecting mother a lot of times in a crisis situation and I just started to fall in love with a woman I never met."

The Derby's also have a website where the wrote an open letter to the potential birth mother of their future child. 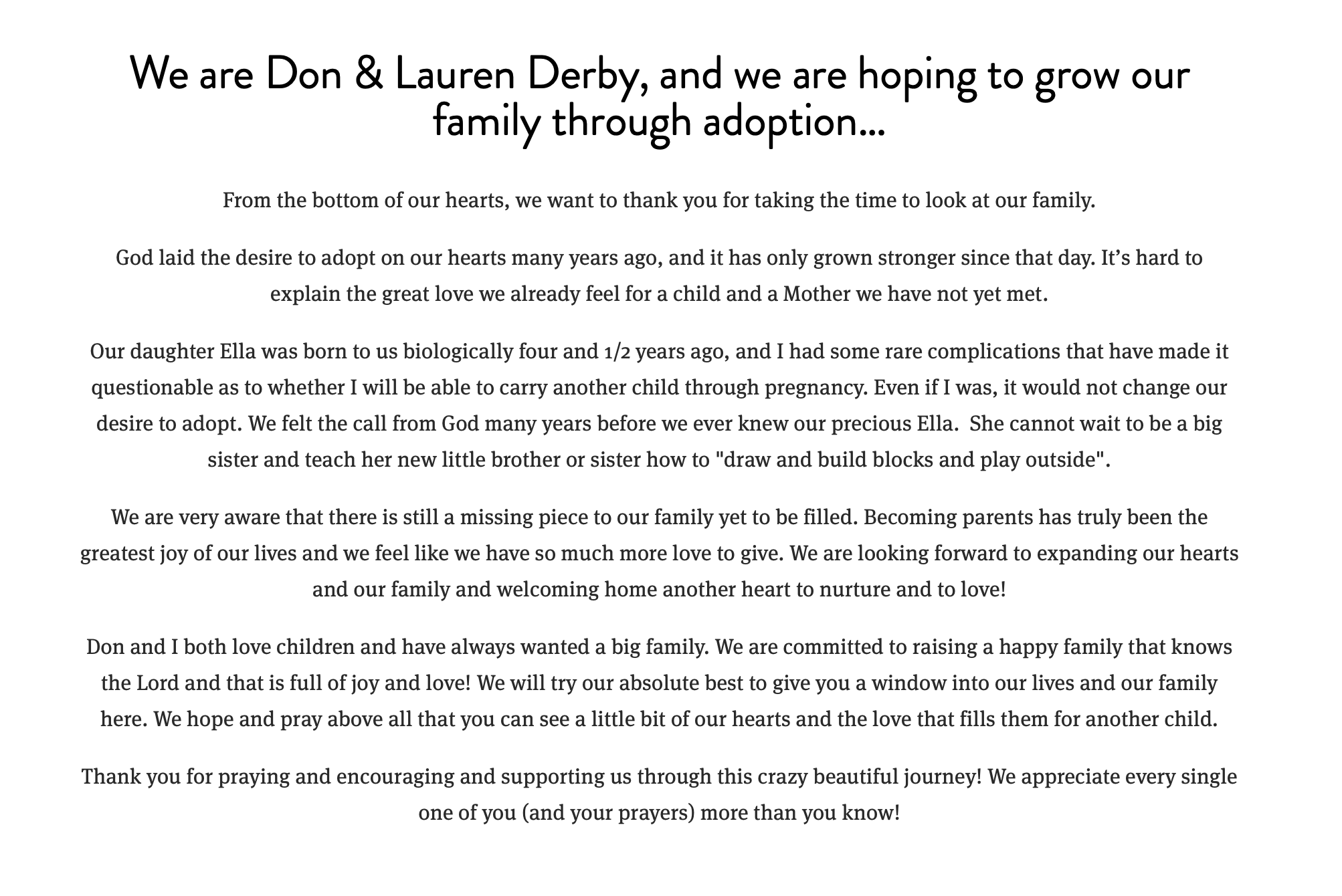 And with each share and each like the Derby's are hopeful it'll all work out in the end.