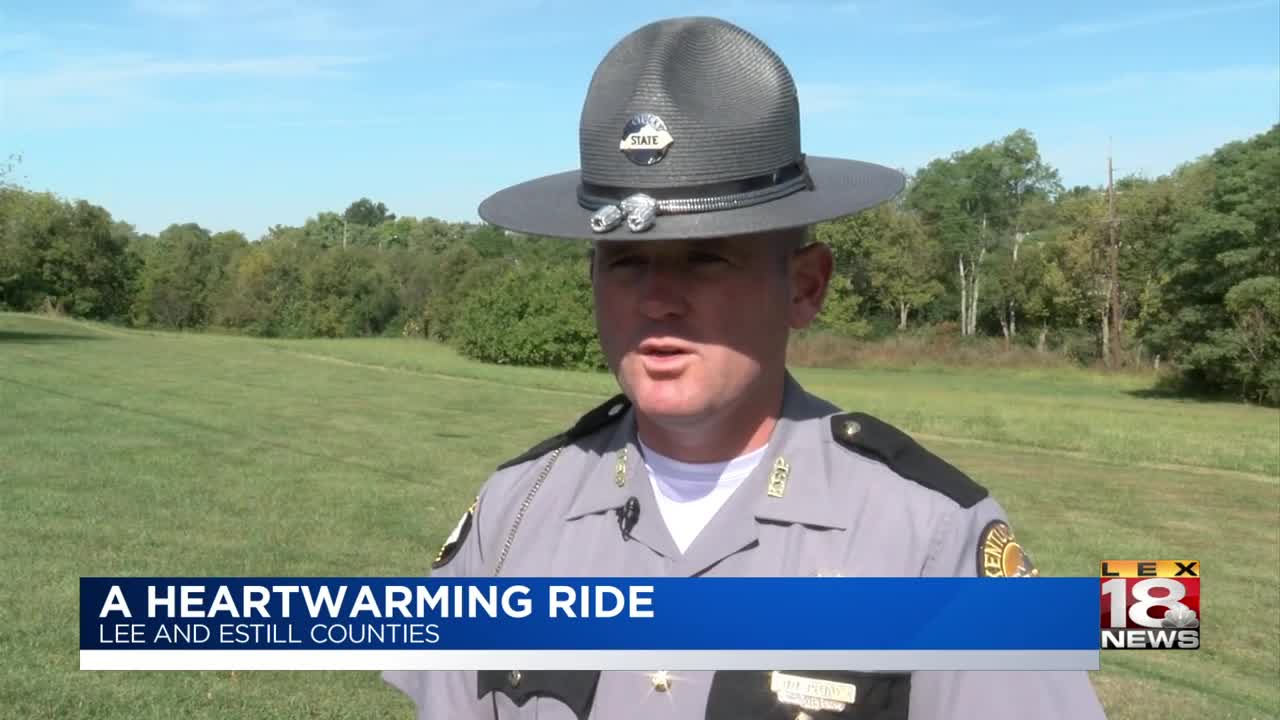 He said that trooper was responding to a follow-up on a complaint when he saw an elderly man walking down a rural state highway. The elderly man was wet from the rain and wearing shoes that didn't match. The trooper pulled over and asked the man where he was headed.

The man told the trooper he was going to see his wife.

After talking, the trooper learned that the man didn't have transportation and made a 15-20 mile walk to visit his wife of 50 years who was in a nursing home.

The trooper called the nursing home to let him know that he was bringing the man to see his wife. The trooper offered him a ride, telling Purdy that while headed to the nursing home, the elderly man became visibly excited. He shared stories of his wife and their marriage.

The man invited the trooper inside, and the trooper told Purdy that once they made their way through the doors of the nursing home, he had a hard time keeping up with the elderly man as he rushed down the halls.

The trooper learned from nursing home employees that the man makes the walk to the nursing home to visit his wife on a regular basis.

You can read the full story below: