At Least 1 Killed In Crash On Highway 431

At least one person was killed in a two-vehicle crash on Highway 431 in Maury County. 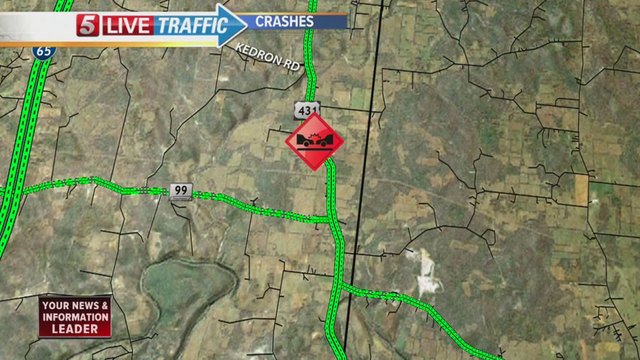 Details of the crash were unavailable at this time. However, troopers with the Tennessee Highway Patrol said at least one person was killed.

Sky 5 flew over the scene and showed at least two vehicles involved in what appeared to be a head-on collision.

The road was shut down for hours while crews remain on the scene.