I-24 West reopens near Harding Place after deadly crash 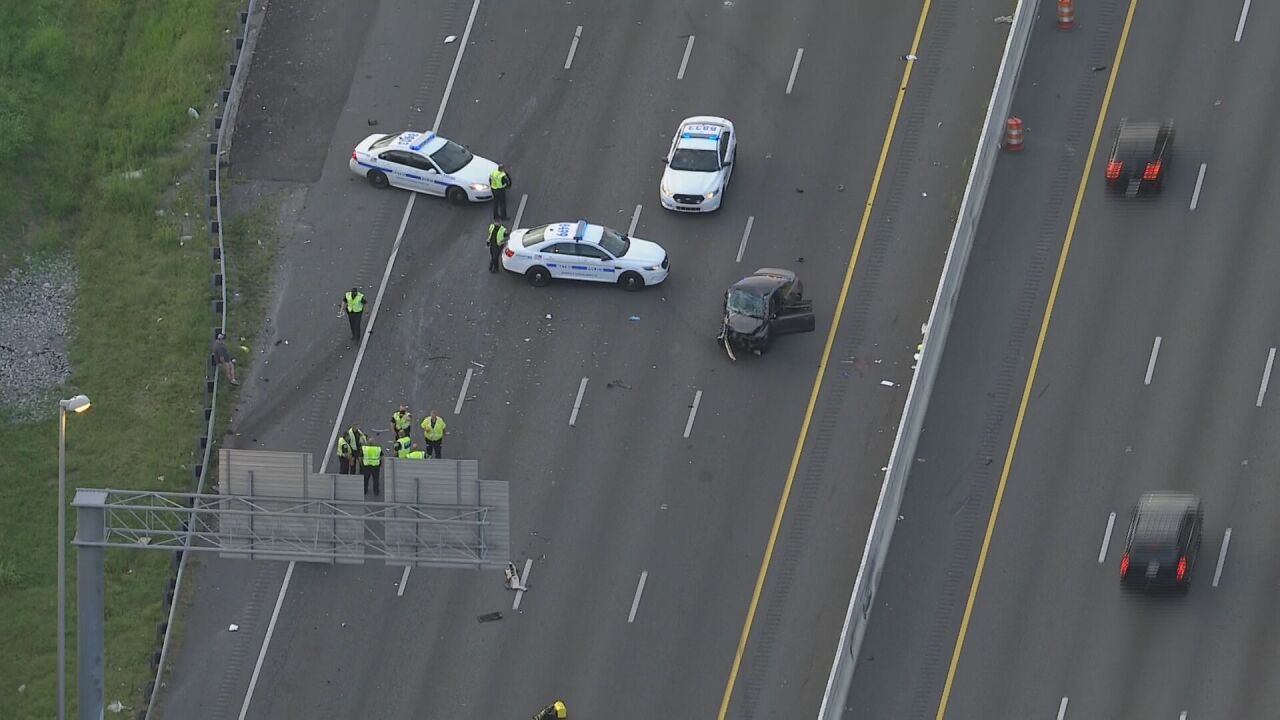 Sky 5 flies over I-24 where a deadly crash has closed westbound lanes near Harding Place.

NASHVILLE, Tenn. (WTVF) — A portion of Interstate 24 in South Nashville has reopened following a deadly crash.

The crash happened around 4:30 a.m. Tuesday between Harding Place and Briley Parkway.

According to Metro police, 20-year-old Andres Perez, of Nashville, was driving in the westbound lanes when he lost control of the car and hit the center retaining wall of the interstate before coming to a stop in the third lane. The investigation showed that after the crash, Perez got out of the car presumably to inspect it when he was hit by the driver of a Ford Taurus.

Perez was taken to the hospital with critical injuries where he later died.

Metro police originally believed he was ejected from one of the vehicles.

The driver of the Ford Taurus had minor injuries but refused medical attention. Police do not believe drugs or alcohol were a factor in the crash, therefore no charges are anticipated.

Westbound lanes were closed for most of the morning but finally reopened around 8 a.m.

Truckers who are stuck behind the deadly crash that has I-24 WB closed are being allowed to turn around and drive the wrong way on I-24 to leave! #5LiveTraffic pic.twitter.com/PJgtNrQFwy