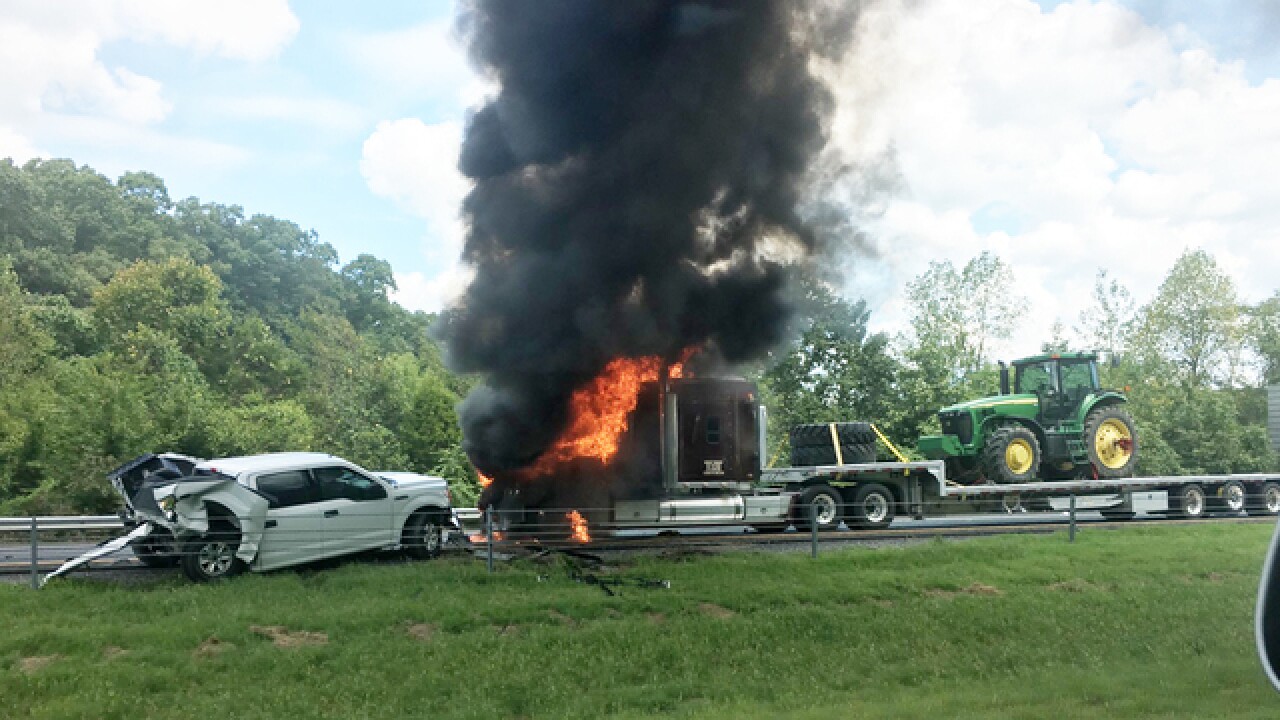 Copyright 2018 Scripps Media, Inc. All rights reserved. This material may not be published, broadcast, rewritten, or redistributed.
&lt;p&gt;Courtesy: Dave Rosenberg&lt;/p&gt;

A crash involving a fire shut down a portion of Interstate 40 in Davidson County.

The wreck happened in the westbound lanes around 12:30 p.m. Friday near mile marker 192, not far from McCrory Lane.

Details on the crash were not immediately released by authorities. A photo from the scene showed the fire had engulfed the cab of a semi truck.

At least one victim was taken to Vanderbilt University Medical Center in unknown condition.

The roadway closed to westbound traffic for a short time before drivers were allowed through with only the left lane blocked. Eastbound drivers experienced some rubbernecking delays.

The roadway was cleared by 4 p.m. View the traffic map at this link.