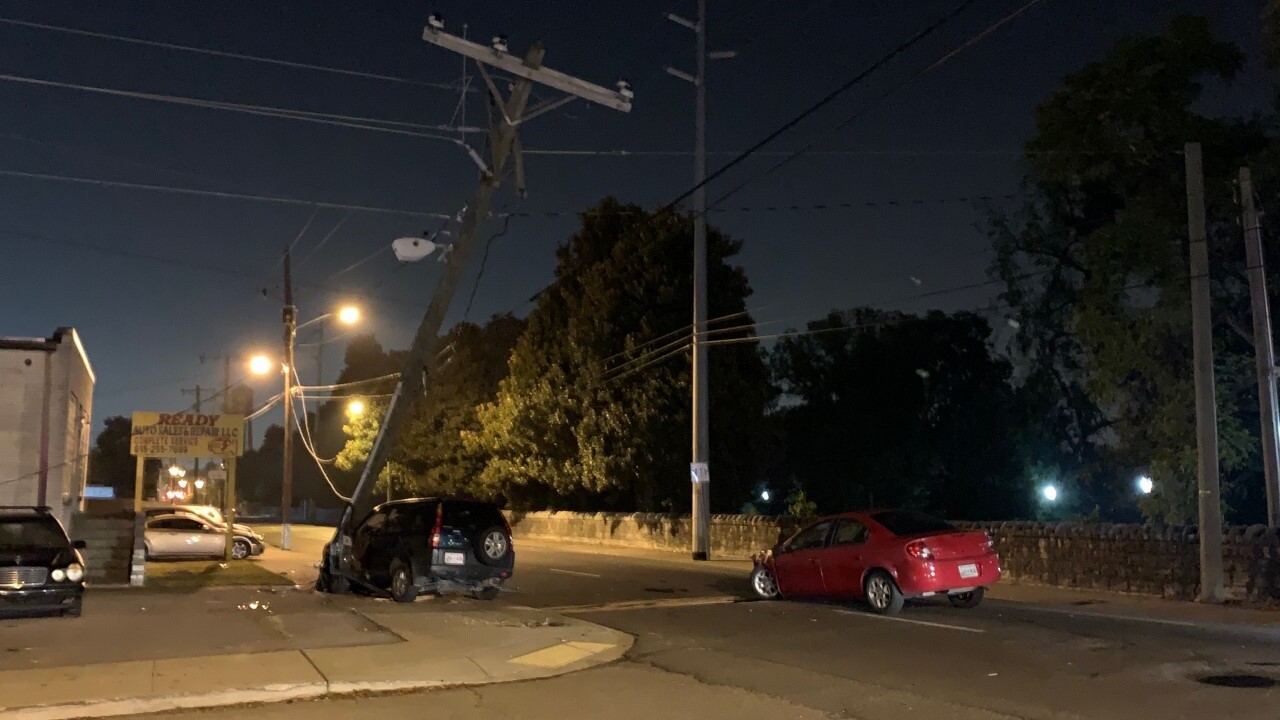 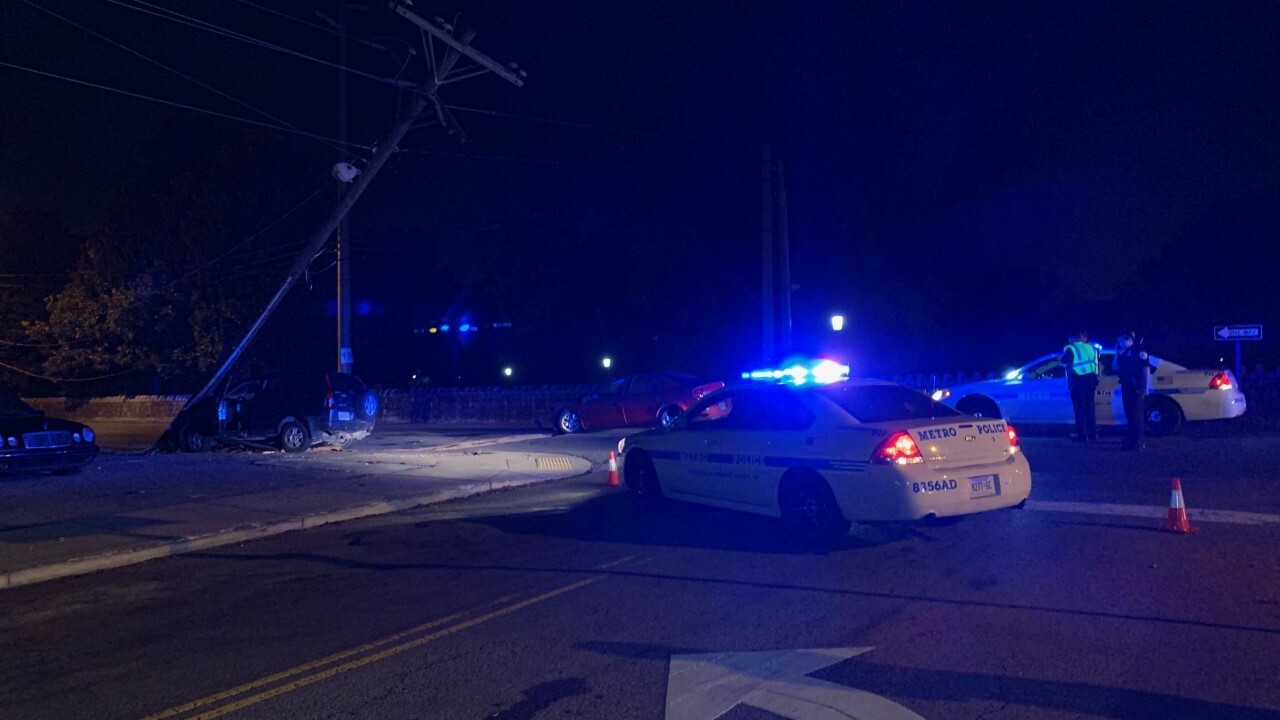 The crash was reported at about 12:45a.m. near Cameron Street and 4th Avenue, just south of downtown.

According to police, the SUV was turning left from Cameron Street onto 4th Avenue when the SUV collided with another car. The SUV then crashed into the pole.

No one was seriously hurt, Metro police said.

Because the pole is at an angle, police shut down 4th Avenue.

NES sent crews out to fix the pole. Only one of its customers was affected by the issue, according to the NES outage map.

This is a developing story. Check back for updates.