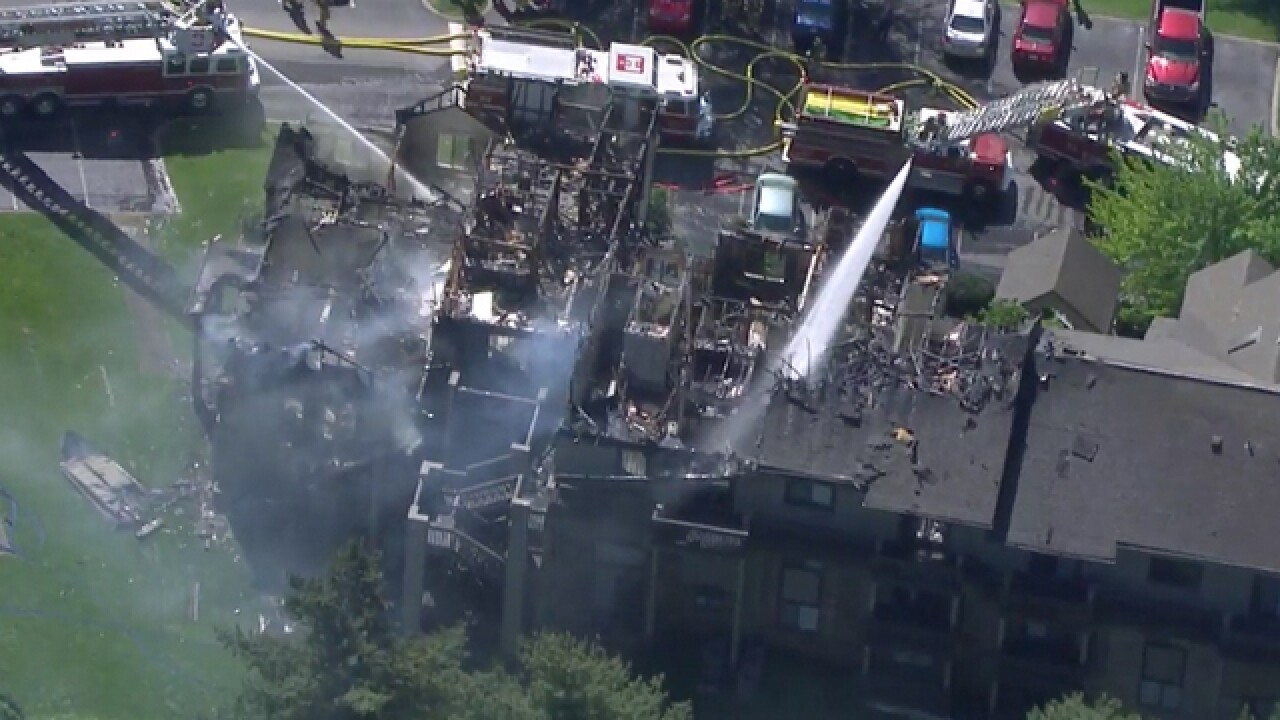 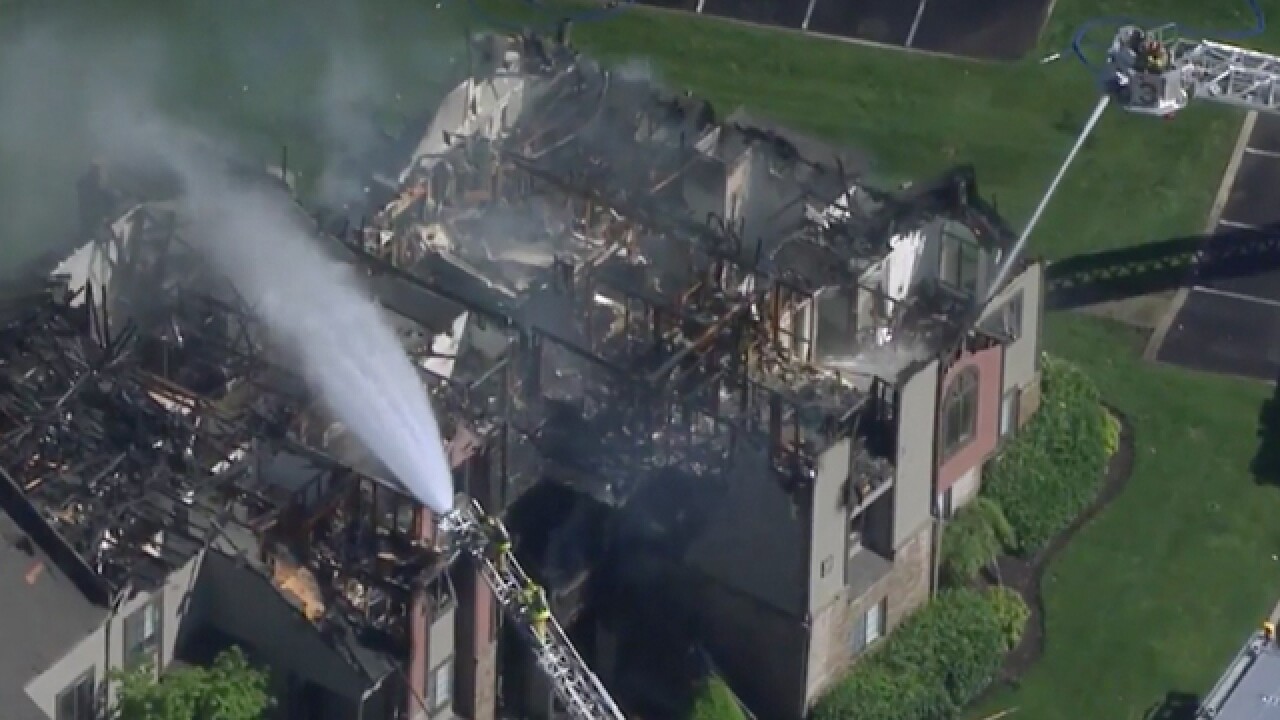 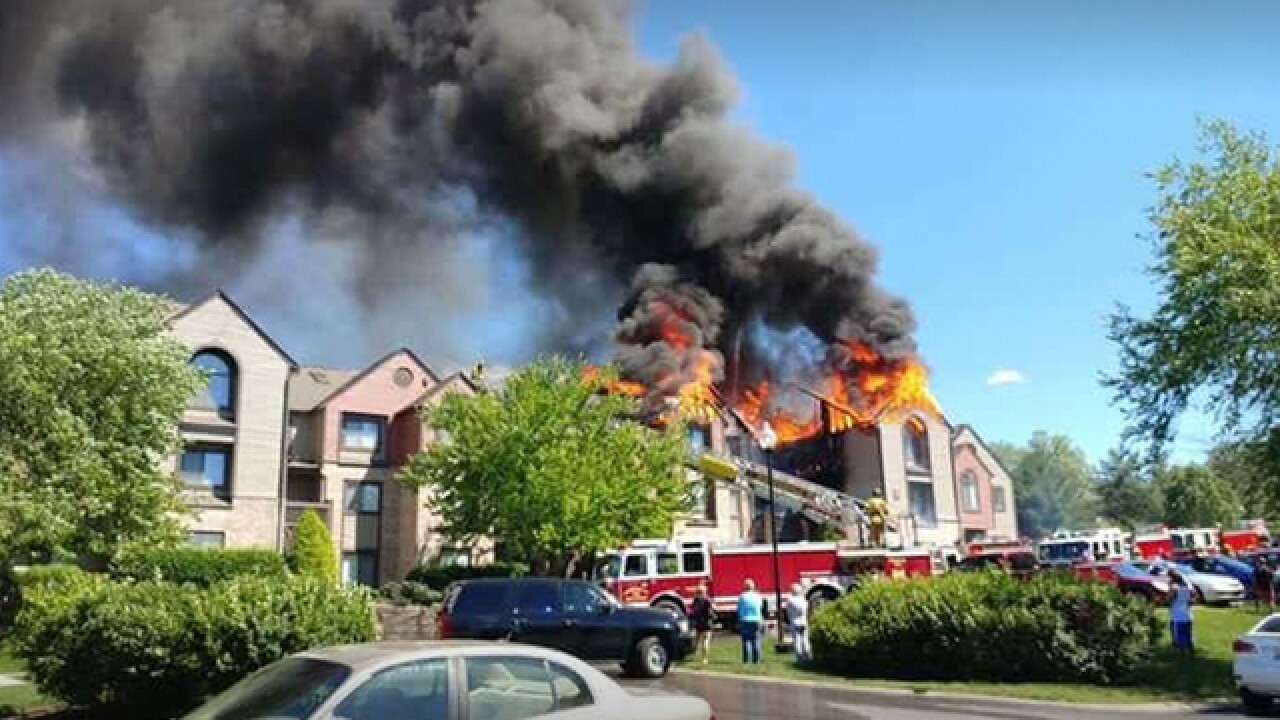 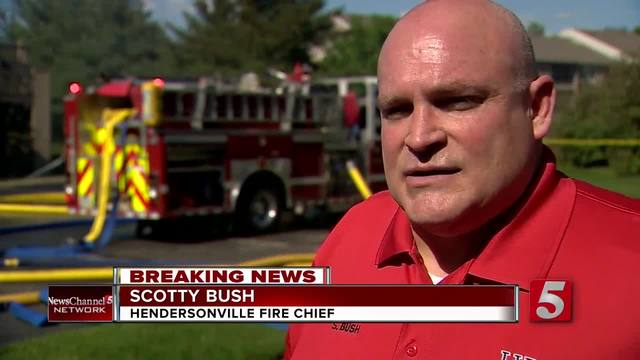 Firefighters have responded to a 3-alarm fire at a Hendersonville apartment complex.

The fire broke out the Hickory Run Apartment complex in Hendersonville off Gallatin Pike Tuesday around 2:30 p.m.

Viewer, Ken Brinkley, could see the flames over the tree line near by.

The Hendersonville Fire Chief said the flames were being pushed by heavy winds. He said firefighters contained the fire to one side of the building because of how quickly the fire was moving.

"Wind driven fires are very very dangerous. They get behind. They push the heat and smoke. They're very dangerous to the person; now they're dangerous to the citizens. The construction of these apartments, they're just like residents the siding they melt. The aerial device is what saved this apartment complex," said the Chief.

They rescued several occupants from the building.

About 9 to 10 people's apartments were destroyed and will have to relocate. About 40 others will be forced out simply because the electricity to the entire building has been shut off.

The Chief said it may be a few days before the cause of the fire will be determined.

A large portion of the building was destroyed by the flames. Crews were able to put out the flames, but they continued to spray the building from ladders making sure there were no more hot spots.