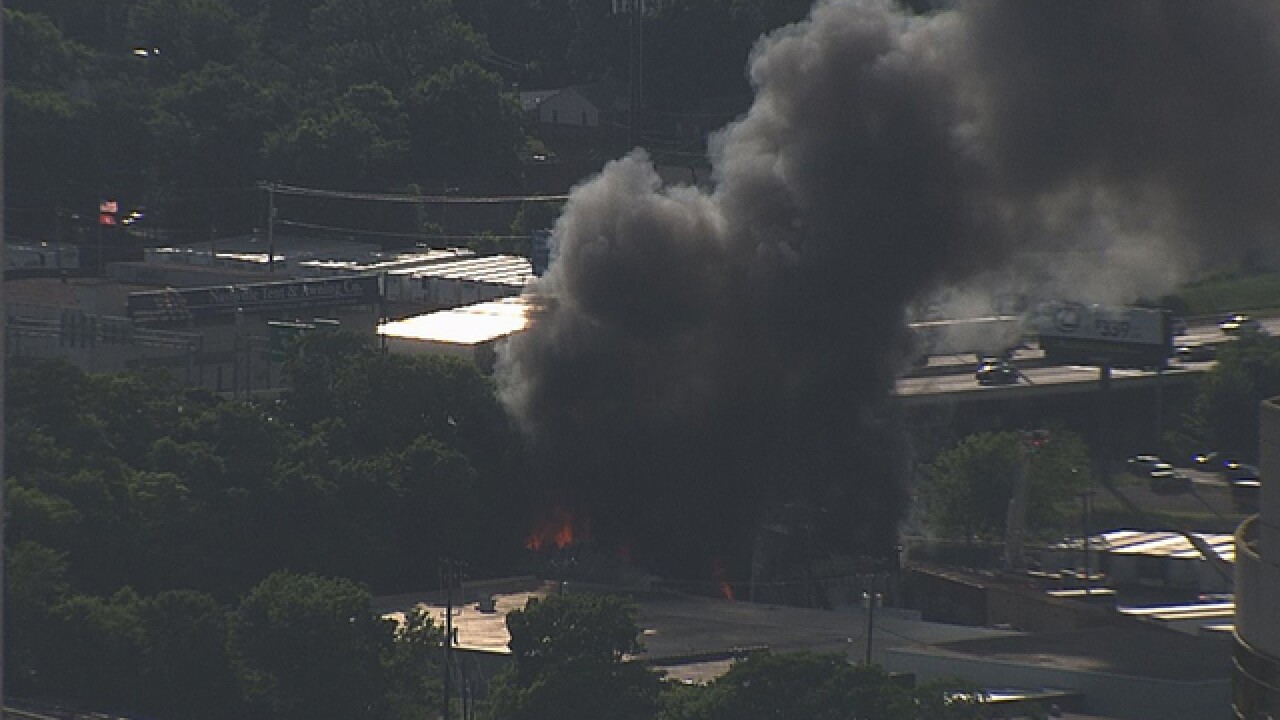 The incident was reported Monday evening at the structure located on Herman Street and 11th Avenue.

Before crews were able to put out the fire, the flames grew taller than the nearby tree line. Black smoke could be seen for miles.

No one was inside the building when the fire broke out, and no injuries were reported.

Goodwill officials said nothing of too much value was housed in the building. The facility was destroyed.

Update: Crews battle fire at vacant Goodwill building at 11th and Herman in the Gulch. No injuries reported. @NC5 pic.twitter.com/UOzOjfO2UG

The cause of the fire remained under investigation.

Crews were called back out to the scene Tuesday morning after the blaze briefly rekindled.