Having issues watching NewsChannel 5 on Roku? Here's where you can watch us
News

Crews have been called to the scene of a house fire in Antioch.

A mother and her three children were able to escape their Antioch home after a fire broke out inside.

The blaze happened at a residence in the 12400 block of Old Hickory Boulevard, not far from Murfreesboro Pike, before 6 a.m. Thursday.

According to a preliminary investigation, the fire began in the attic and was apparently started by an electric short caused by a squirrel or rodent.

When crews arrived on the scene, the structure was nearly fully involved. Sky 5 flew over the home and showed heavy smoke and flames billowing. 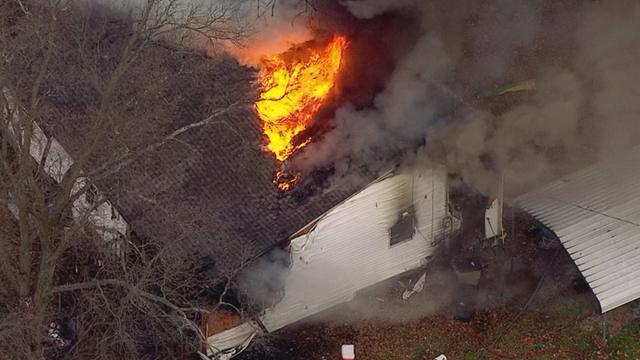 Officials said a mother and her three children were home at the time but were able to make it out. They said they're just lucky to be alive.

We spoke with the homeowners of the house that burned. How they're happy to still have their lives tonight on @NC5 pic.twitter.com/WGqrMV88oI

Crews said the flames took more than an hour to put out. No injuries were reported.

The home was considered a total loss. The American Red Cross was called in to assist the family.