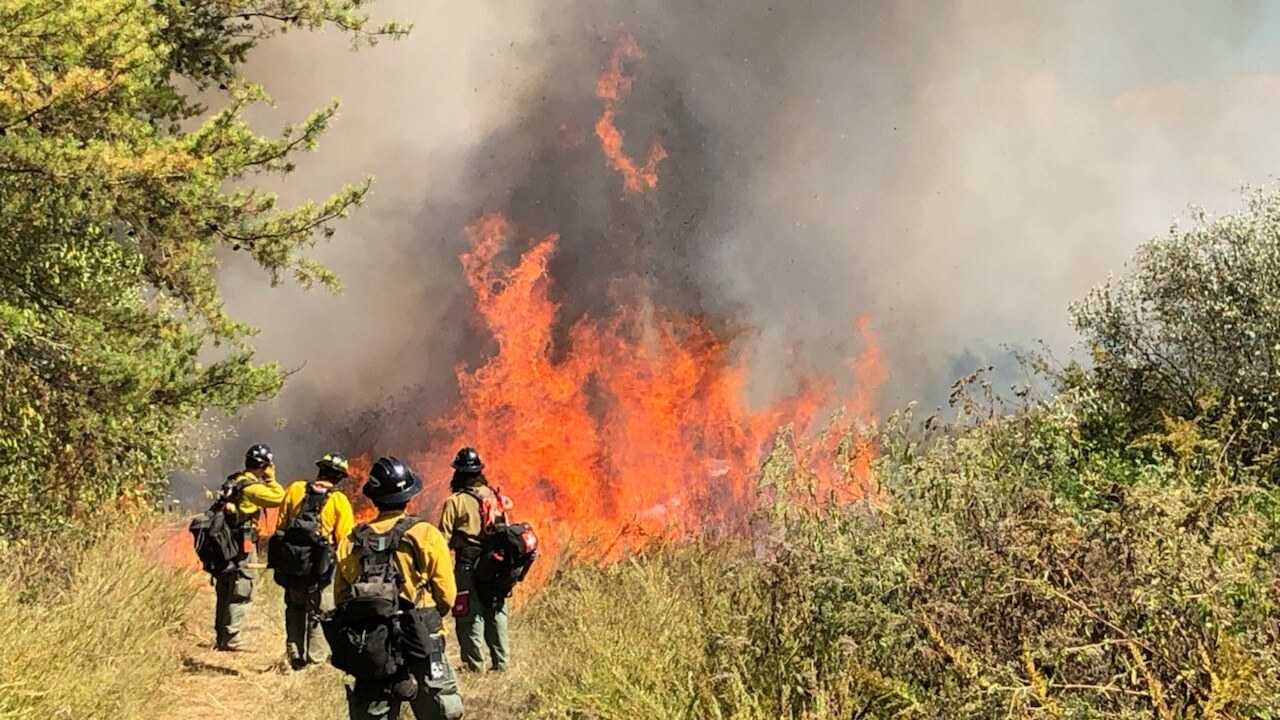 SOMERSET, Ky. (AP) — Fire officials in Kentucky say they are battling a 500-acre blaze in the Daniel Boone National Forest.

News outlets report the fire began several days ago in Pulaski County on forest land west of the Rockcastle River and could take several more days to extinguish.

Leif Meadows with the U.S. Forest Service says there are potentially 12 structures threatened by the fire, but so far crews have been able to protect them.

Officials say firefighters have been using drones to determine where to safely put fire lines because of the ruggedness of the area.

Meadows said the cause of the blaze is under investigation.