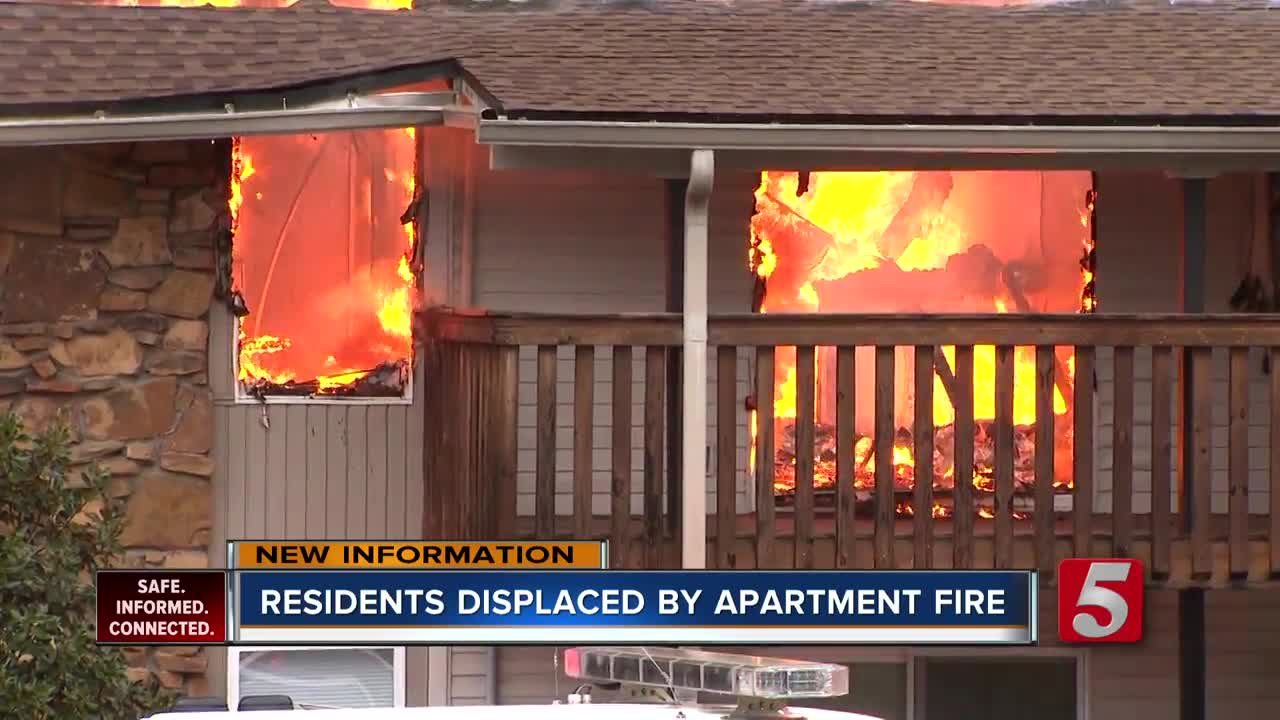 Nashville firefighters responded to a large apartment fire in Goodlettsville. 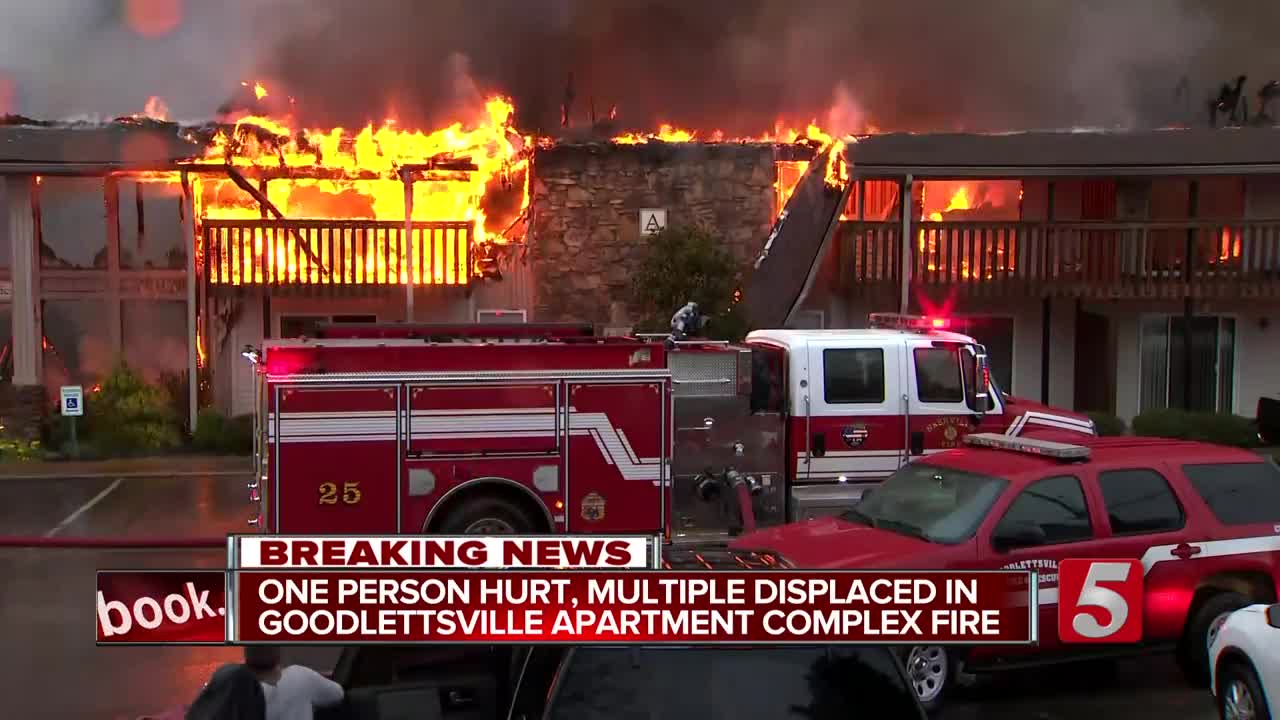 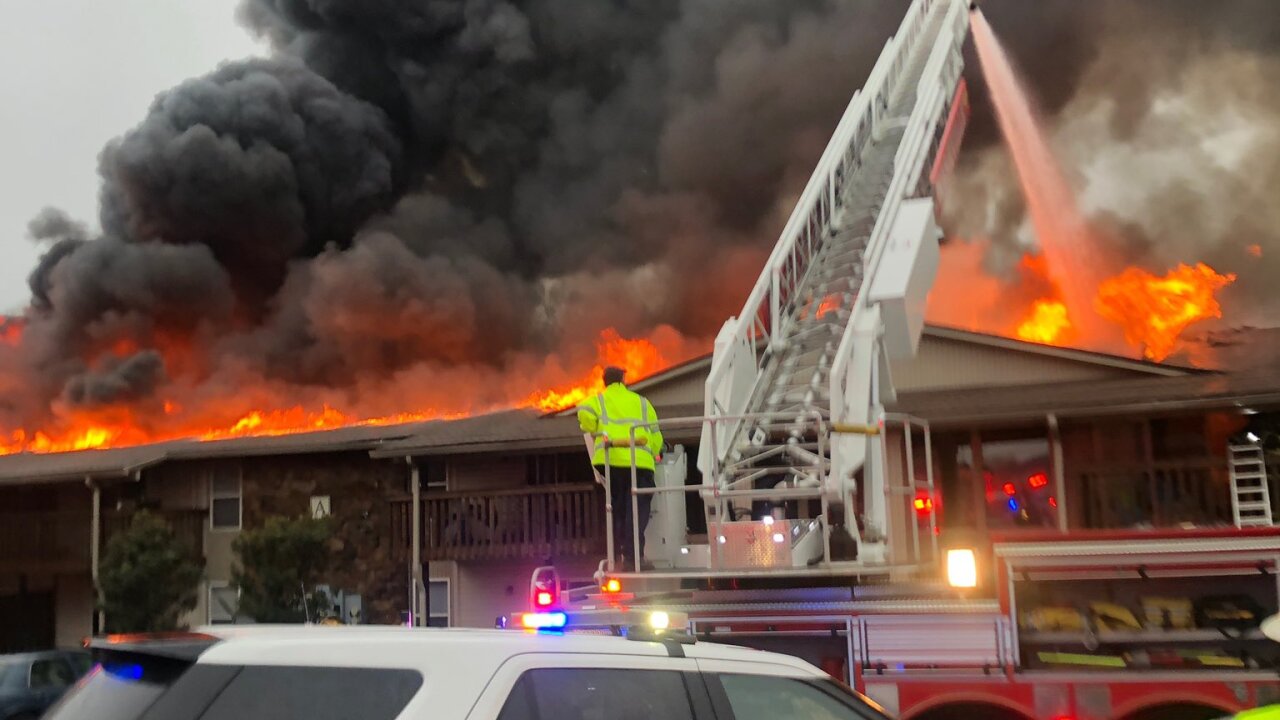 GOODLETTSVILLE, Tenn. (WTVF) — A large fire broke out in an apartment building in Goodlettsville, displacing many and injuring one person.

The fire broke out Tuesday around 3 p.m. on the 400 block of Moss Trail.

Fire officials said the fire started in an apartment but spread when the resident opened the outside door in an effort to extinguish the flames.

The fire was so intense that firefighters could not enter the building, saying "our personnel is going to a defensive stance for a portion of the structure because it is not safe for our personnel to be inside the building."

Stephanie Spiller and Matt Ardell have lived together in their unit since August of 2018. They say everything inside was destroyed.

"Pretty much we have to start over, we need a new apartment obviously. We lost everything, these are the only clothes we have right now," said Ardell, " We lost birth certificates, social security cards, we only have the key to her car right now, everything we had, everything we hold dearly, pictures. Amongst all this, we’re planning a wedding and we lost some wedding stuff; we lost our honeymoon fund."

Spiller says she left running out the apartment with just clothes on her back.

"Oh my gosh, I had no shoes on, I had to go get shoes on real quick from target. No shoes, no phone, no anything," she said.

A woman was injured when she jumped from a balcony to escape the fire. And Goodlettsville Police officers were able to rescue a dog from the flames.

It's unclear exactly how many residents/families were displaced as a result of the fire. The complex has a total of 41 units.

The Red Cross tells us volunteers did not have to provide shelter, every person displaced has a place to stay for the night. Fire investigators also responded to the scene.

A gofundme was set up to help the victims.