A witness explained the moment he saw a Blue Angels plane crash in Smyrna.

The plane crashed at 1399 Sam Davis Road near the Smyrna Bowling Center and Nissan Drive around 3 p.m. Thursday.

The five other aircrafts were in the air at the time of the crash. They landed safely moments after.

According to family members, Captain Kuss died in the crash. He is married with two young children and is a native of Durango, Colorado. Jeff joined the Blue Angels in September 2014.

He has accumulated more than 1,400 flight hours and 175 carrier-arrested landings. His decorations include the Strike Flight Air Medal, the Navy and Marine Corps Achievement Medal, and various personal and unit awards.

He was interviewed on Blue Angel safety measures after a pilot died in a crash in South Carolina.

“We do what's called like a crawl, walk, run mentality where we start out very basic levels and it progresses and progresses until eventually it's a flight demonstration in the form of an air show that you can deliver as a safe, homogenous product all over the country. It's all going to be relatively similar,” said Kuss. 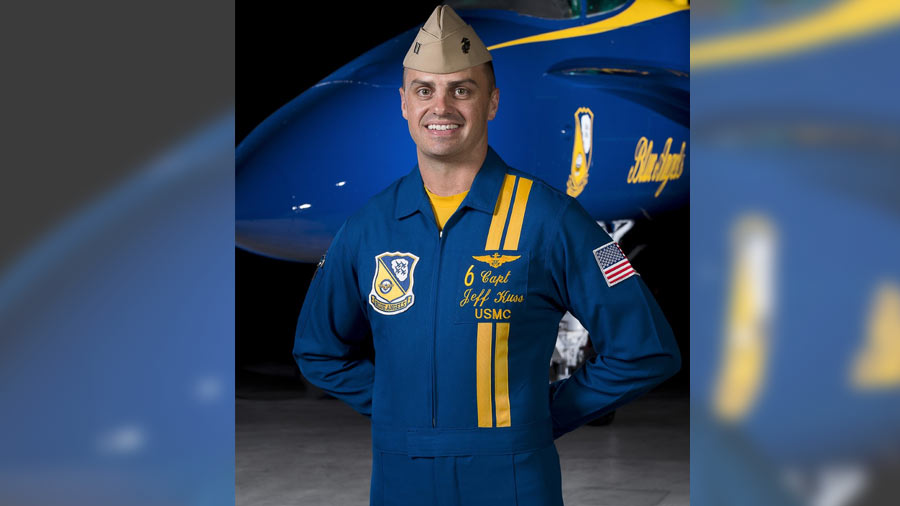 Twitter user, Mark King was able to grab this video of the jets flying over at the moment of the crash.

Smyrna city leaders and emergency responders held a press conference a few a couple hours after the crash. At the time, officials couldn't release much information, but they expressed their sadness over the tragic incident.

Several witnesses were able to grab pictures of the explosion and smoke billowing from the crash site.The smoke could be seen from nearby shopping centers and apartments. 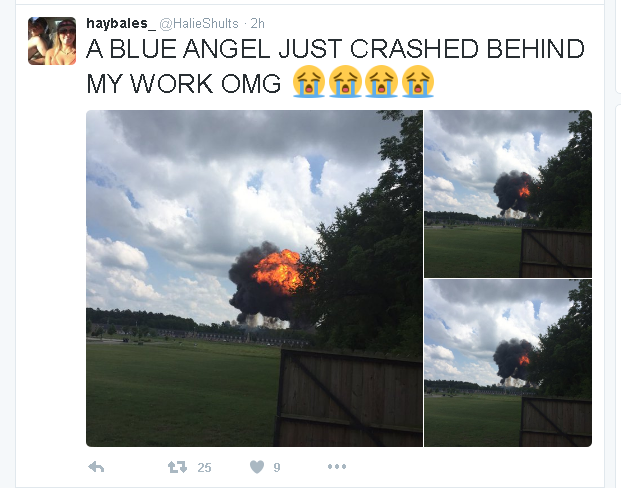 A witness told NewsChannel 5 that all of a sudden one of the planes flew by very close, then took a nose toward the ground.

She said the explosion was very powerful and that it could be felt in the ground and in her car.

The jet went down in a large field near the Smyrna Elementary School and Stones River Homes. The FAA has taken over the investigation.

A vigil was held in honor of Kuss at the Victory Park in Smyrna Thursday night. The vigil was open to the public.

The Blue Angels flew over Nashville Thursday morning. Crowds gathered at the school to watch them fly over.

Several planes, including T-6 Trainers flew across as part of the push to let everyone know about this week's air show, The Great Tennessee Air Show.
Despite Thursday's fatal crash, the air show has been set to continue through the weekend, but the Blue Angels would not be part of the show. Also, Middle Tennessee State University was supposed to host a lecture by the Blue Angels, but it was canceled. However, a representatives from the U-S Air Force F-22 Raptor Demo Team will appear instead.
Mayor Megan Barry released the following statement in response to the deadly crash:
“I’m shocked and saddened to learn of the death of a Navy Blue Angel pilot who crashed just a few miles outside of Nashville, and just hours after the Blue Angels flew over downtown Nashville. The Blue Angels have served to inspire and instill national pride in men, women, and children throughout our country. I have ordered the Metro Courthouse and Korean Veterans Memorial Bridge to be lit yellow and blue tomorrow night in honor of the life and service of this brave pilot.”

Before today, there have been 26 Blue Angel pilots killed at air shows or training exercises.

The most recent death was in 2007 when Lt. Cmdr Kevin Davis was killed in a crash at Beaufort, South Carolina.

The International Council of Air Shows Foundation has also been taking donations. You can find that link by clicking here.