A structure located in a rural portion of Rutherford County was destroyed after an early morning fire broke out.

An early morning fire that destroyed a Rutherford County home has been ruled suspicious by investigators.

The incident happened early Monday morning on Rocky Glade Road near Morgan Road in the Eagleville community, located about 20 miles southwest of Murfreesboro. 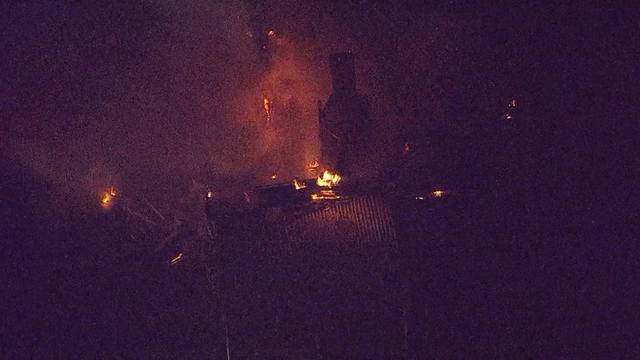 Officials said the rental property had been vacated over the weekend. However, the property owner and the tenant had reportedly been in a dispute in recent weeks.

Sky 5 flew over the scene and showed large flames shooting from the home. At least three fire units responded and were able to contain the blaze to one structure.

Crews would remain on the scene throughout the day as they continue to put out lingering hot spots.

Due to the location of the home, they had to bring in water from up to two miles away.