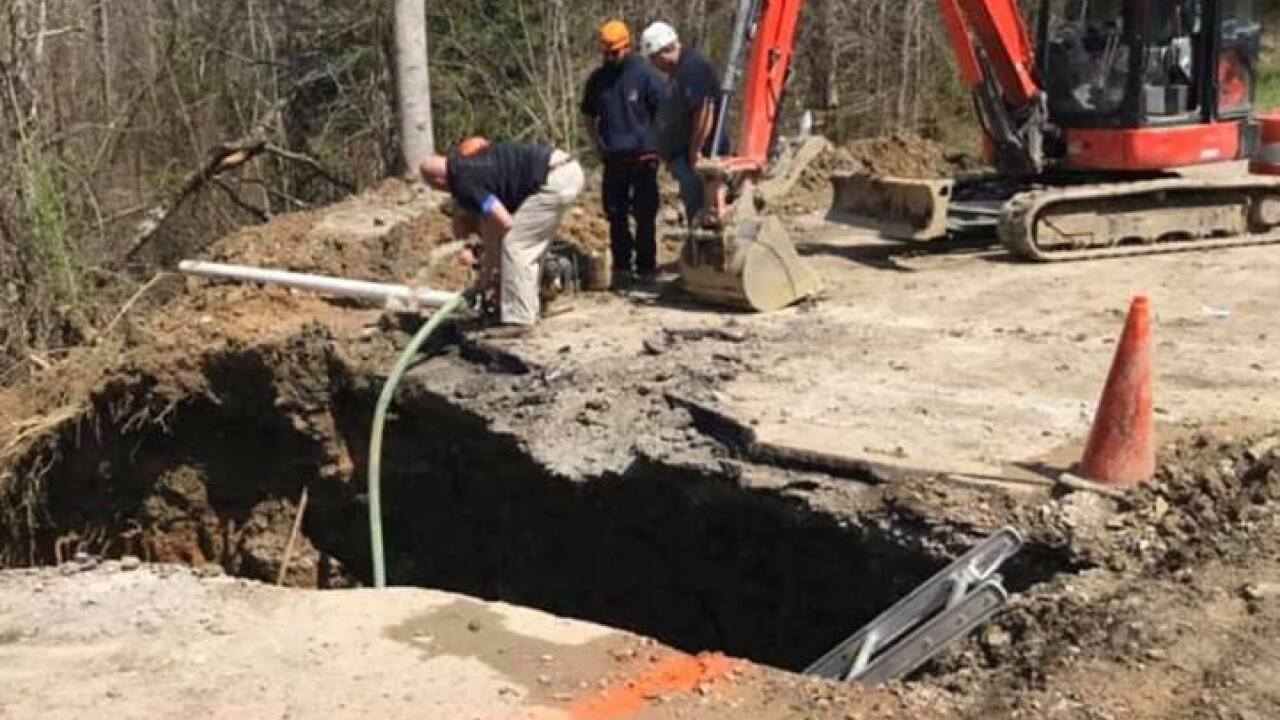 Mickey Fisher worked for the water department and responded to a call by the Van Buren County Highway Department about a water leak on a rural country road on Tuesday morning.

Fisher was working to resolve the issue on Phifer Mine Road in Spencer when the trench collapsed and he became trapped.

Crews responded to the scene around 11:45 a.m. and were still working to free the worker as of 5 p.m.

The city of Spencer released the following statement regarding the death of the employee:

"Rescue attempts were made for several hours, but it is with the deepest sorrow to share that all attempts to save Fisher were unsuccessful. We extend out sincere condolences to the family, friends, and co-workers. They are in our thoughts and prayers. At this time, funeral arrangements are incomplete."

The Tennessee Occupational Safety and Health Administration (OSHA) is investigating the death. Officials said the investigation could take up to six months to complete.