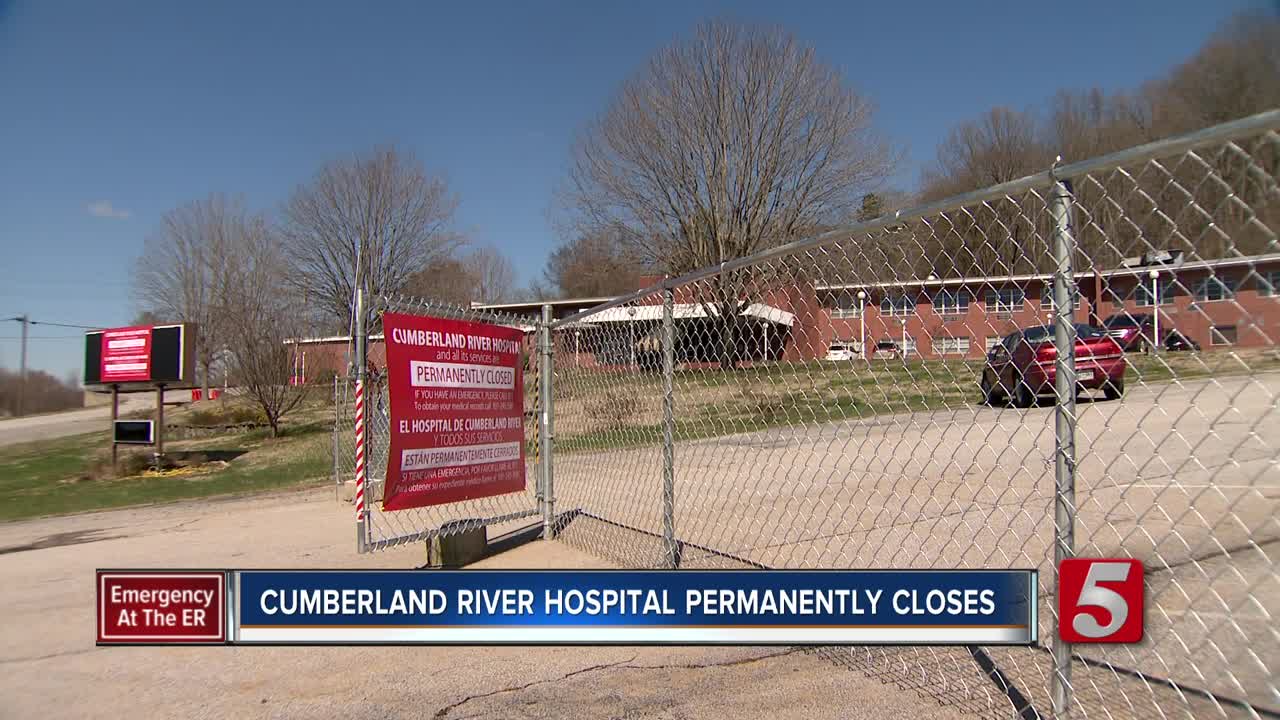 On Friday morning, Cumberland River hospital became the latest victim in the state’s rural healthcare crisis. 140 doctors nurses and staff lost their jobs. The only E.R. within an 18 mile radius is gone and not coming back. 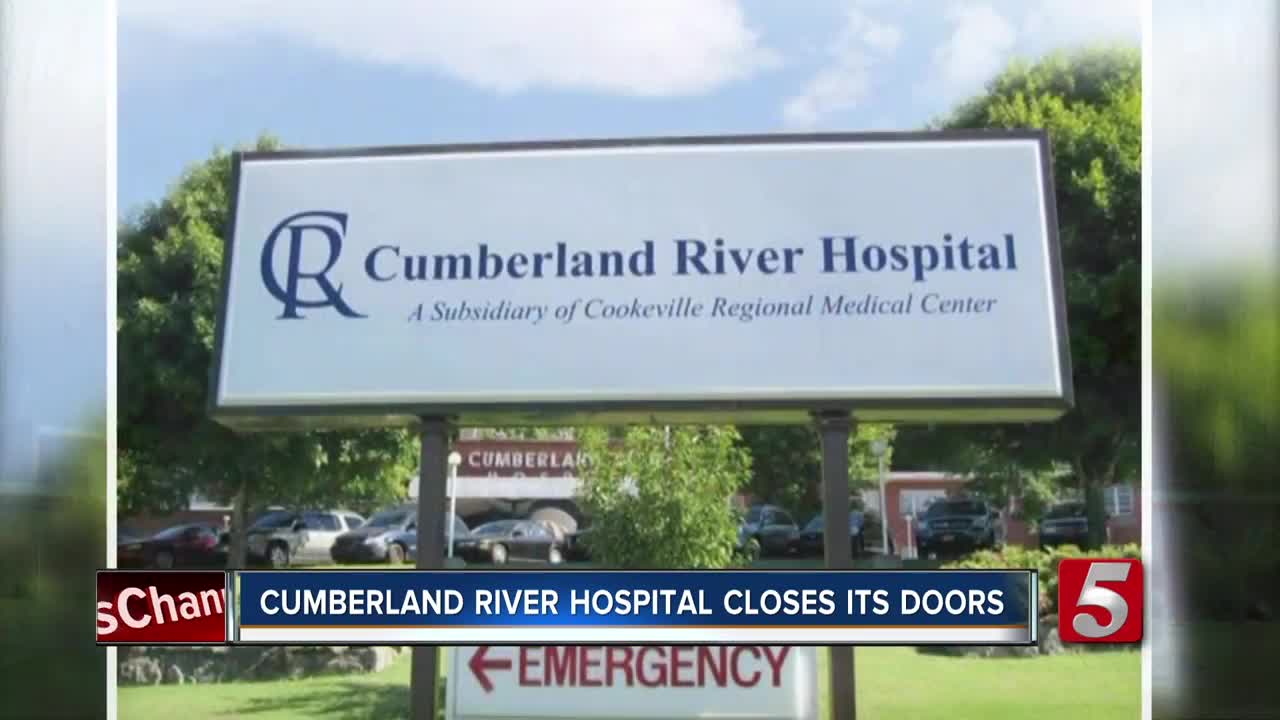 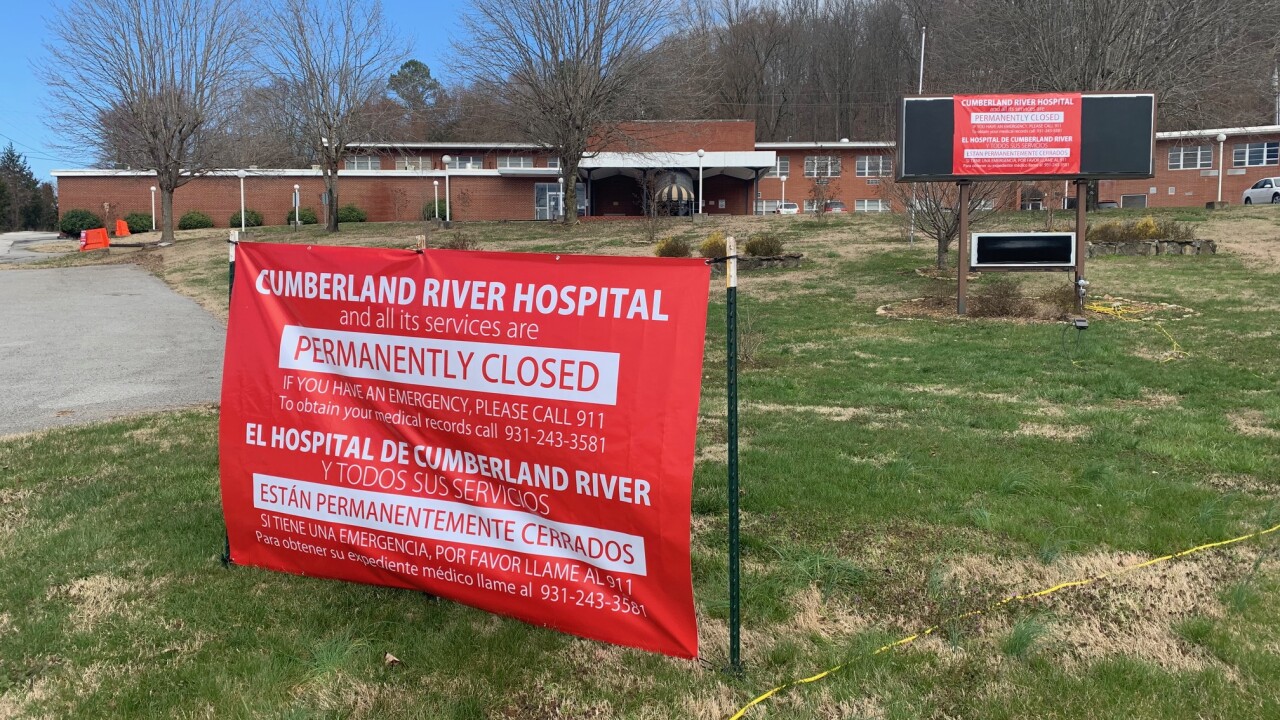 CELINA, Tenn. — The bright red “closed” signs strung across the front of Cumberland River Hospital hung in stark contrast to the clear blue March sky that served as a backdrop here on a recent Monday morning.

If you didn’t know better it felt as though there was a funeral being held in Clay County, Tennessee. Then again, for the residents of this rural community this essentially was one.

“It hasn’t sunk into everyone yet. It’s been a staple of this community and now it’s gone,” Mayor Joey Rich said standing on a cracked piece of asphalt in front of the shuttered facility.

An eerie silence hung over the two-story brick building. A quiet that was broken only by the clanging of a chain which swayed in the wind, its metal loops held together the newly erected fences which prevented anyone from entering the hospital’s parking lot.

For those who drive into town through a small pass in the hills of Celina, Tennessee, Cumberland River Hospital is and was the first thing that you see.

Mayor Rich glanced over his shoulder and looked again at the “permanently closed” signs, “It’s sad, I was actually born here in 1972. It’s sad to see it closed up.”

There’s something odd about seeing “closed” signs plastered across the front of a hospital. As if it were a restaurant or gas station that had simply gone out of business.

But the implications of losing rural hospitals like this one have consequences that have proved to be deadly across the state of Tennessee.
When Cumberland River Hospital shut down it became the latest victim in the state’s rural healthcare crisis. The facility had 120 beds, along with 140 doctors, nurses and staff.

All of them have lost their jobs.

The only Emergency Room within a 40-mile radius is gone and not coming back.

“Once someone needs the hospital and it’s not there, that’s when it’s really going to hit home hard,” Mayor Rich added.

Since 2012, nine rural hospitals across the state of Tennessee have suffered the same fate as Clay County’s. From Memphis to the foothills of the Great Smoky Mountains. Rural hospitals, often the first line of defense for those who live out in the country are now the first to go.

“It’s been a staple of our community and now it’s gone, people have depended on this hospital for 50 years,” Mayor Rich said.

When a hospital like Cumberland River is forced to close, county ambulance services often become the first and only life lines during an emergency.

Natalie Boone is the EMT Director for Clay County, where the median income hovered just above $28,000 during the last census.

“It feels like you’ve lost part of your county, there’s a big hole where a hospital use to be. Where it should be, where the hospital still should be,” Boone said standing in an ambulance bay.

In a rural county which is as economically distressed as this one, there’s hardly enough money to keep the EMT service running. Of the four ambulances the county owns, there is only enough money to staff two of them with drivers. With Cumberland River Hospital closed, the next closest hospital is in Cookeville, which can be an hour drive depending on how far out in the county an emergency is.

Boone’s biggest fear was already realized during the first weekend the hospital was shutdown. Both ambulances were sent out of the county to transport patients to an emergency room. Two more 911 calls came in but those residents were told they had to wait until one of the ambulances arrived back into town.

“These are life or death situations, and in some cases my fear is that it will now be death,” said Boone.

Each of the four ambulances the county owns has more than 200,000 miles on them. Even in the first few days without the hospital Boone has already looked at ways to get funding to hire more EMT’s. But she knows her employees can not replace the doctors which once staffed this county’s shuttered hospital.

“There’s a whole lot of unknowns right now. That place was the glue that held this community together. I know I slept sounder at night knowing that if I need it, or if my family needed it, the hospital was there. That’s not the case anymore,” Boone said as her eyes lowered.
There’s an economic impact to all of this as well. One that will likely take months before it is truly felt. At Obey River Market, a small gas station and convenience store nearby, the hospital closing hit particularly hard.

“They did a lot of business with us. They’d order pizzas. When you lose a company with 140 people, it’s gonna hurt us,” said Sandy Daniels who manages the store.

For Daniels, the hospital was more than an economic driver. Two decades ago her son Trent nearly died from a severe case of pneumonia. Doctors at Cumberland River Hospital were able to stabilize the then three-year-old before he was air-lifted to Chattanooga.

“If it hadn’t have been for the hospital, he wouldn’t have survived,” Daniel said as she rung up a customer who had just walked in.

A state in crisis

Cumberland River Hospital was one of just a few hospitals left in Tennessee that relied on taxpayer dollars to stay open. It was operated by Cookeville Regional Hospital in the next county over. Last month, the board of alderman for the city said the hospital was losing too much money each year to justify keeping the doors open. Healthcare experts believe a number of factors have played into the rural healthcare crisis.

The largest of which is Tennessee’s failure to expand Medicaid. Meaning smaller hospitals are often left stuck with bills from uninsured patients. Those bills are typically sent to collection agencies but even then hospitals only collect a fraction of what their owed in most cases. And in rural counties, the number of those without health insurance is much higher than in urban areas.

“We are at a crisis state here in Tennessee,” said Rebecca Jolly who serves as Executive Director for the Rural Health Association of Tennessee.
The only other state that’s seen as many hospital closures as Tennessee, is Texas, according to the organizations data.

“You still have the same level of uninsured in our state accessing care, you can’t help people from getting sick but if they don’t have coverage hospitals are absorbing the costs. So it’s the perfect storm that’s playing out across Tennessee right now,” Jolly added.

A perfect storm for Tennessee’s hospitals that Jolly believes is only getting worse with time.