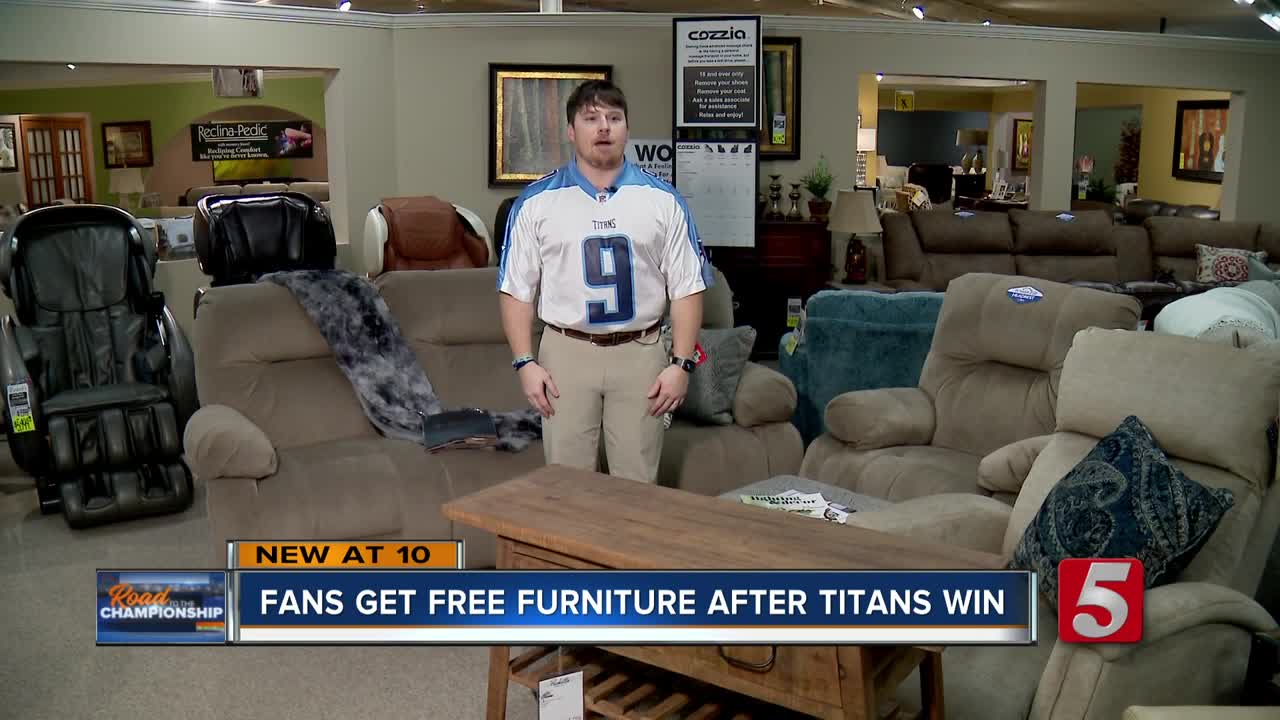 Some Titans fans are celebrating the team's win over the Baltimore Ravens with free furniture. 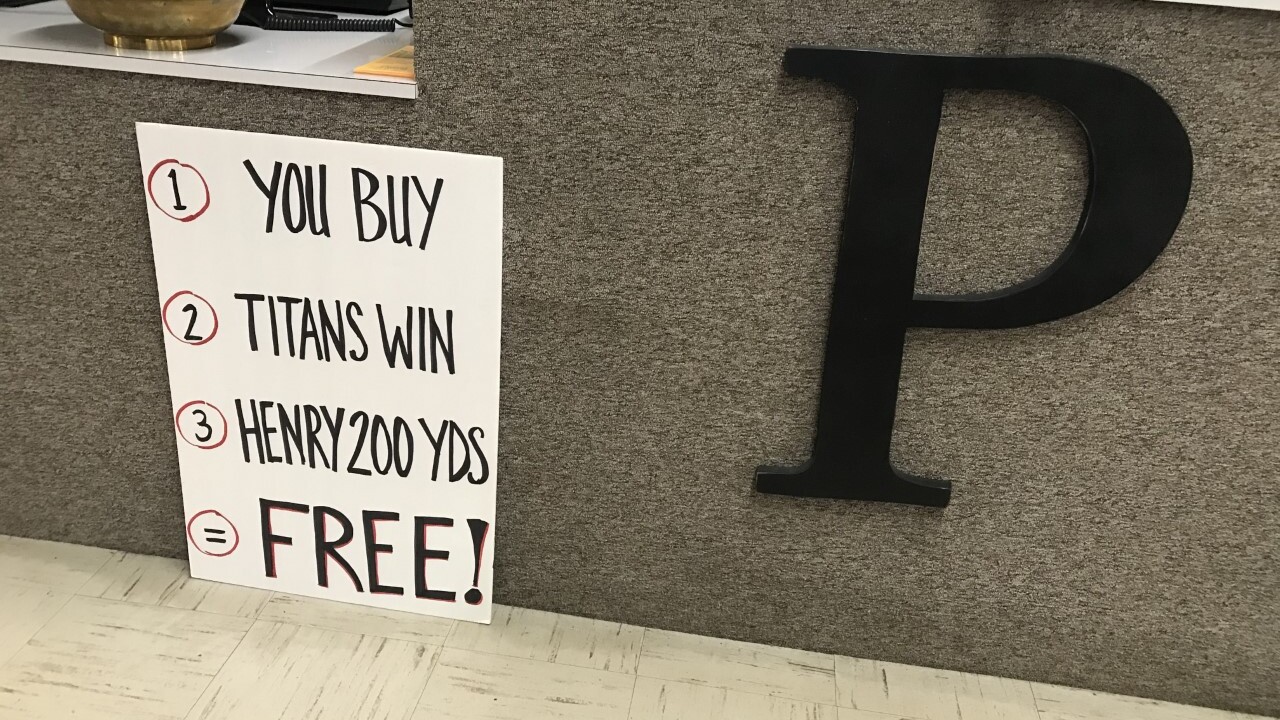 LIVINGSTON, Tenn. (WTVF) — Some Titans fans are celebrating the team's win over the Baltimore Ravens with free furniture.

Last week, Puckett’s Furniture and Appliances in Livingston announced if the Titans beat the Ravens, and Running Back Derrick Henry got 200 all-purpose yards in the game, every piece of furniture purchased Thursday, Friday, or Saturday before the game would be free.

“There was a little bit of skepticism because no one thought the Titans would beat the Ravens,” said Josh Ford, Sales Manager at Puckett’s Furniture and Appliances. “Then, it happened.”

Ford is a big Titans fan, and came up with the “Titan Up” promotion as a way to celebrate the team’s incredible playoff run.

“It reminds me of Steve McNair and the Eddie George era when we all believed,” said Ford. “Now that is happening again.”

The furniture store announced the promotion on its Facebook page, and customers filled the store to take a chance they might walk away with some free additions for their homes.

“Everyone was texting me during the game, saying ‘Henry is getting close to 200 yards,’” said Ford. “Today everyone was calling saying ‘ I won! I can’t believe I won.’”

It’s the first time in the store’s 65 year history it has offered a promotion like this. Even though it ended up costing the store money, Ford said he is ready to do it again.

“To give back to your community, our customer base, is something that will pay off in the long run,” said Ford.

While the store is still finalizing details, Ford said if the Titans beat the Kansas City Chiefs this weekend in the AFC Championship game, every piece of furniture purchased the Thursday, Friday, or Saturday before the game will be free.