Cyclists stop in Nashville during cross-country ride for veterans 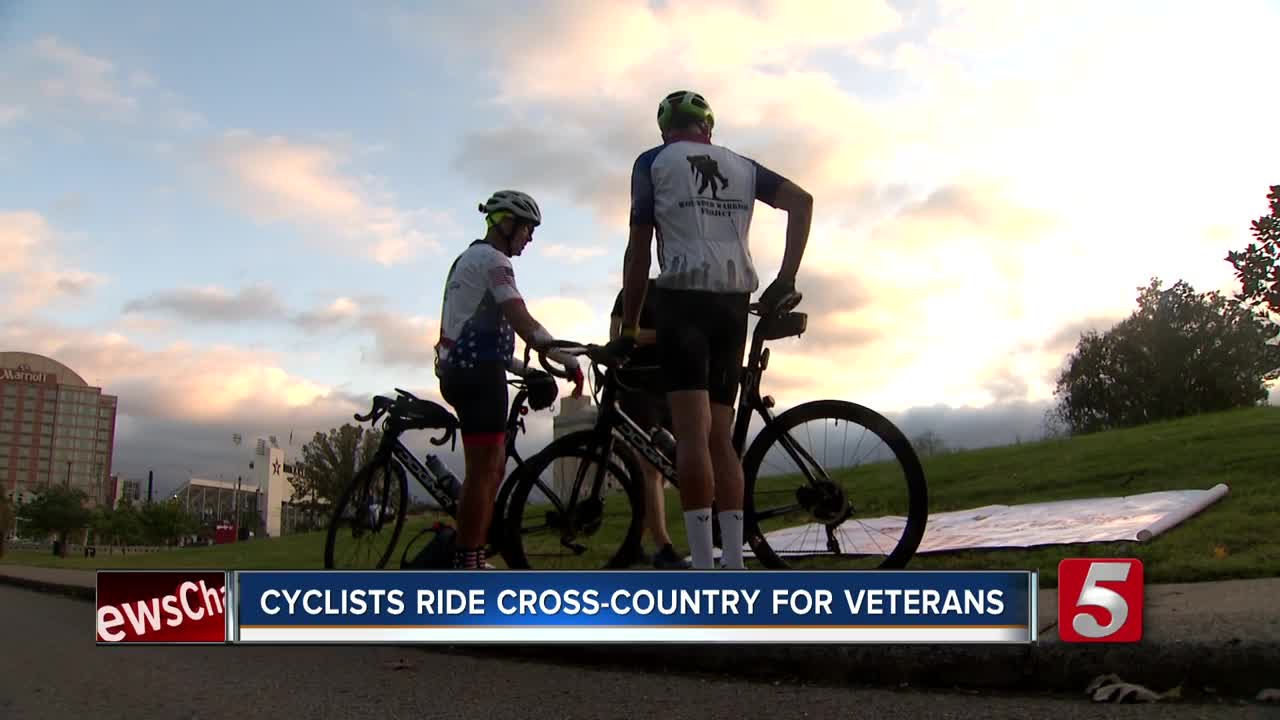 Two cyclists made a stop in Nashville on Sunday, taking a break from a cross-country bike ride that hopes to raise money and awareness for veterans issues. 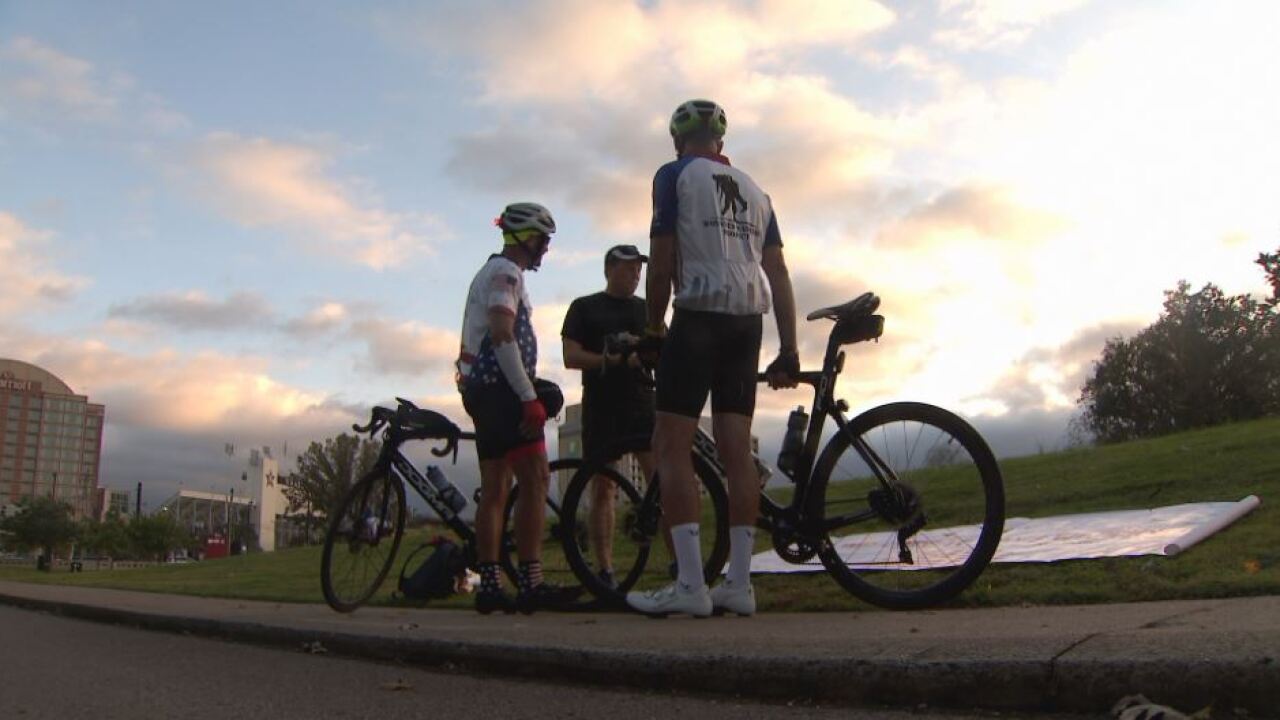 NASHVILLE, Tenn. (WTVF) — Two cyclists made a stop in Nashville on Sunday, taking a break from a cross-country bike ride that hopes to raise money and awareness for veterans' issues.

"We're at about 2,800 miles," cyclist Mike Price said while standing along side Matt Prather. The two started their journey in Santa Barbara, California on Sept. 21 and hope to finish in Charleston, South Carolina next month.

The two hope the thousands of miles raise money and awareness for veterans issues. The cyclists are working with organizations like the Wounded Warrior Project and the Blue Angels Foundation. The money raised on the ride will go to the Emory Healthcare Veterans Program. The Atlanta-based program helps veterans who are struggling with PTSD. While the two cyclists have never served, they said it was an issue that was important to them.

"It's just been a privilege to serve and give back to these veterans who have given so much up for us," Prather said.

The journey has taken them through countless places, but for Price, crossing into Tennessee felt special.

"It was really a very emotional experience, I choked up a little to cross that line," he said. Price was born and raised in Shelbyville.

"Getting here to Nashville where I spent so much time growing up. It feels great to be back home," Price said.

The homecoming, however, would be short-lived. The cyclists will leave Nashville Monday morning and head toward the final leg of their ride.

For more information on the ride, you can see the cyclists' fundraising page.