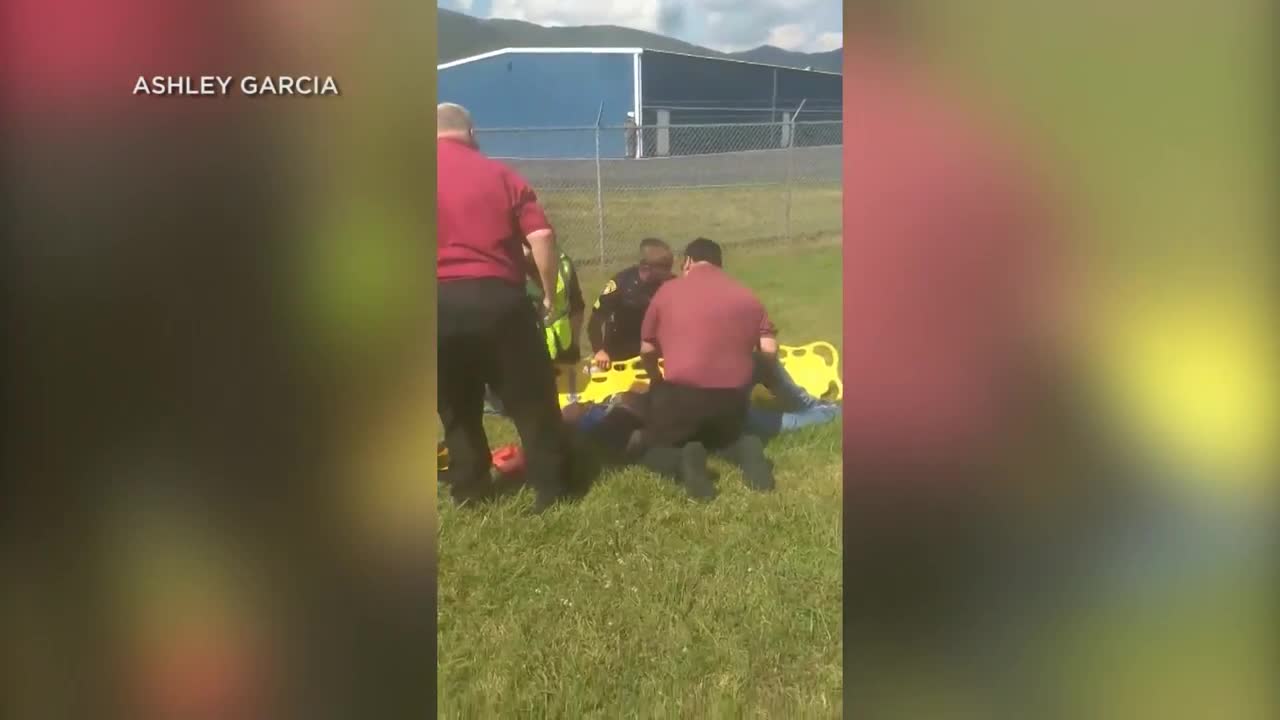 Nascar legend Dale Earnhardt Jr. and his wife are OK after the plane they were flying in crashed in East Tennessee. 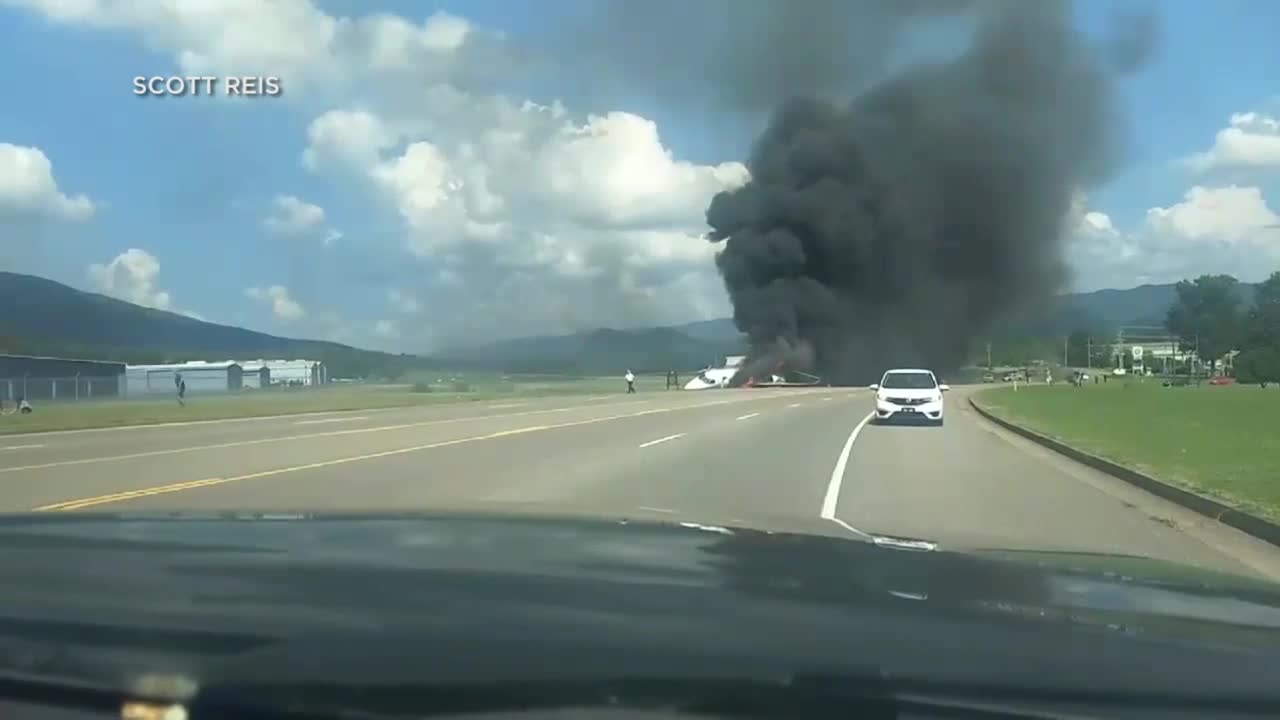 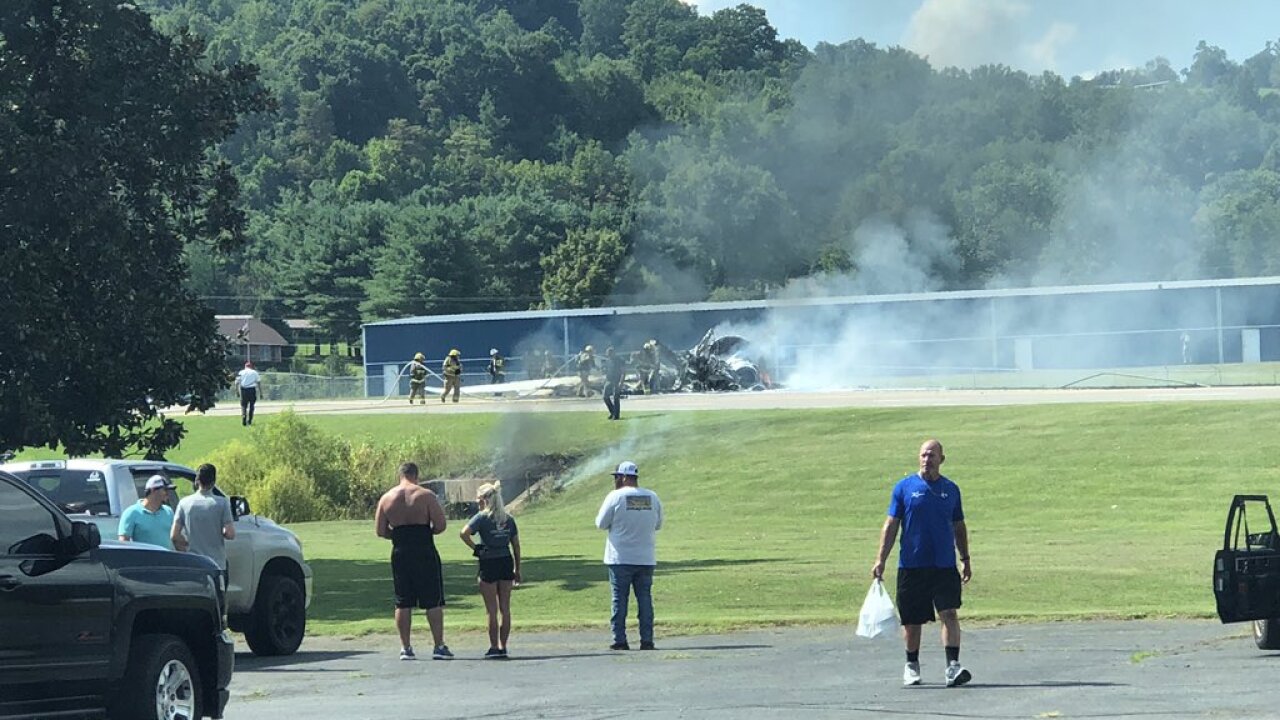 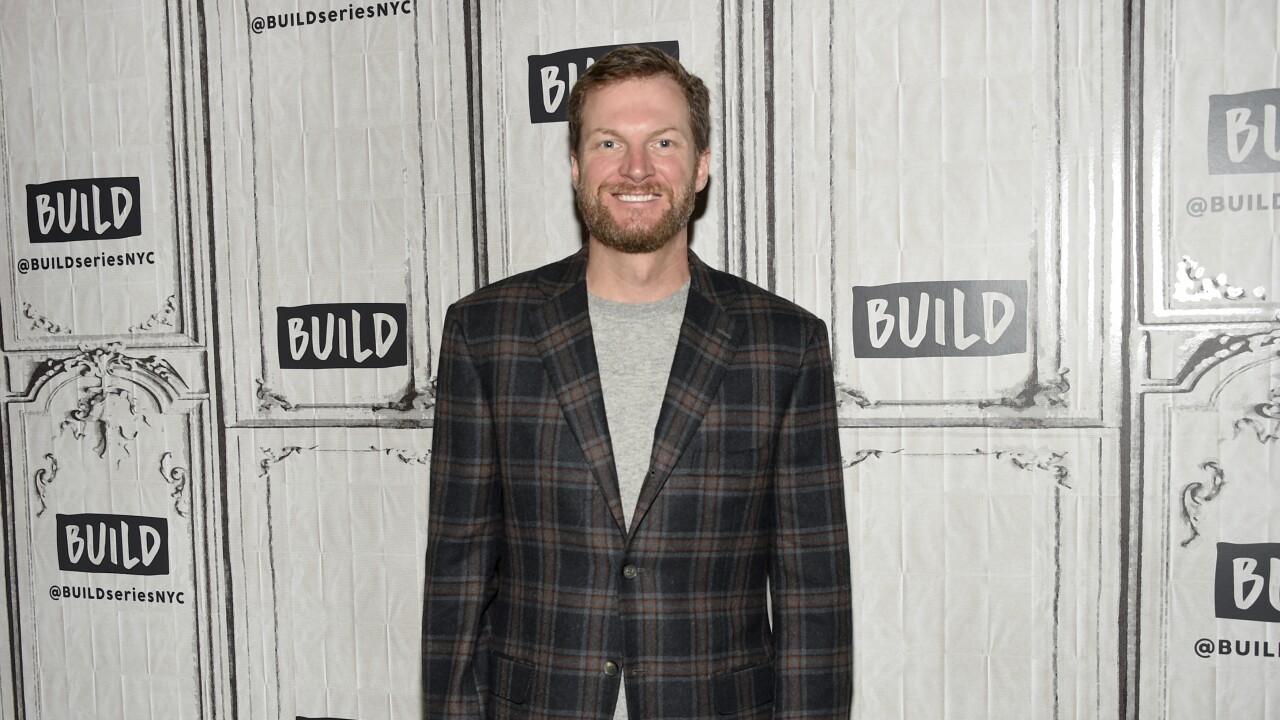 ELIZABETHTON, Tenn. (WTVF) — NASCAR legend Dale Earnhardt Jr. and his wife are OK after the plane they were flying in crashed in East Tennessee.

The private plane crashed at the Elizabethton Airport Thursday afternoon.

Airport Manager Dan Cogan said it ran off the end of the runway and caught fire.

Elizabethton Fire Chief Barry Carrier said all of the passengers were able to get out safely including Dale Earnhardt Jr., his wife and his daughter.

I can confirm Dale, Amy & Isla along with his two pilots were involved in a crash in Bristol TN this afternoon. Everyone is safe and has been taken to the hospital for further evaluation. We have no further information at this time. Thank you for your understanding.

The Carter County Sheriff's Office said Earnhardt was taken to a local hospital. On board at the time was three passengers and two pilots. All are expected to be OK.

Highway 91 at Industrial Drive was closed as emergency crews responded to the crash. The sheriff’s office asked locals to avoid the area.

Earnhardt retired as a full-time driver in 2017 and has been working as an analyst for NBC. He is part of the scheduled broadcast team for Saturday night's Cup Series event in Bristol, Tennessee.

This incident comes 26 years after former driver and 1992 Cup champion Alan Kulwicki died in a plane crash while on his way to the spring race at Bristol from a promotional appearance in Knoxville, Tennessee. That crash at Tri-City Regional Airport in Blountville, Tennessee, killed a total of four people.

Earnhardt was part of Rick Hendrick's racing team in 2011 when Hendrick broke a rib and a collarbone while on a small jet that lost its brakes and crash landed in an airport at Key West, Florida. Hendrick's son, brother and twin nieces were among 10 people killed in a 2004 crash of a plane traveling to a race in Virginia.

This isn't the first fiery crash for Earnhardt. He still has a burn scar on his neck from a crash at Sonoma in 2004 during warmups for an American Le Mans Series race that left him with second-degree burns.

Earnhardt has a history of concussions that plagued him over his final years as a driver.