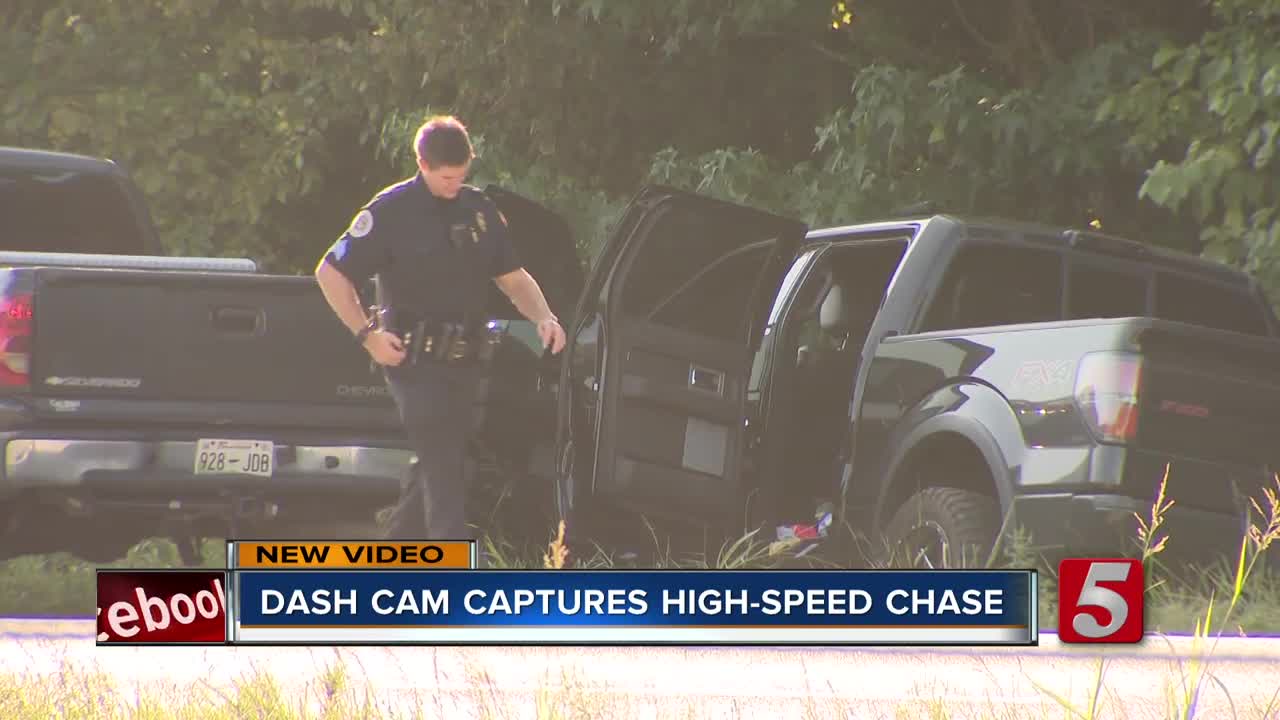 Dash cam video from the Belle Meade Police Department captured the moment a high-speed chase began. The chase eventually led to a manhunt and an elementary school in Kingston Springs being placed on lockout. 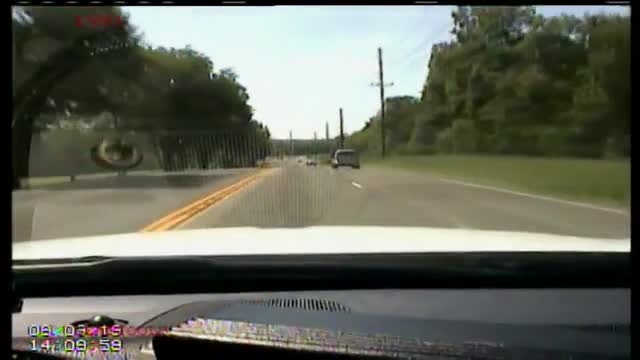 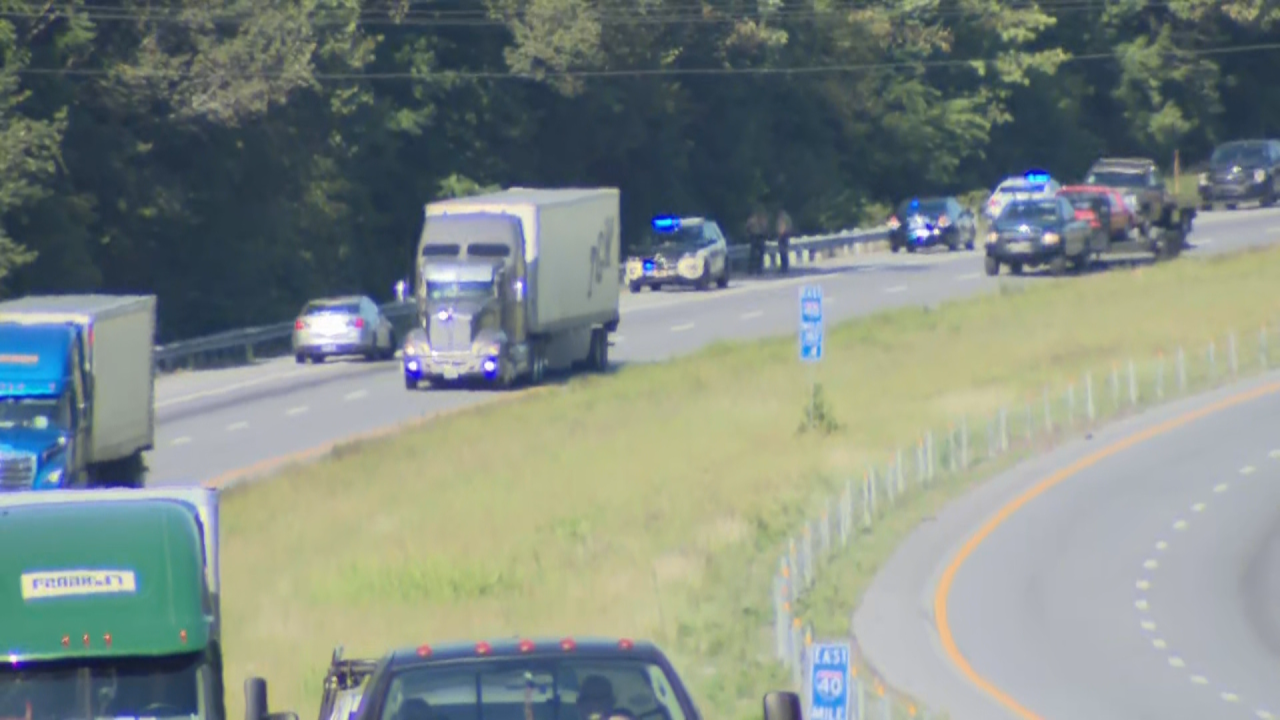 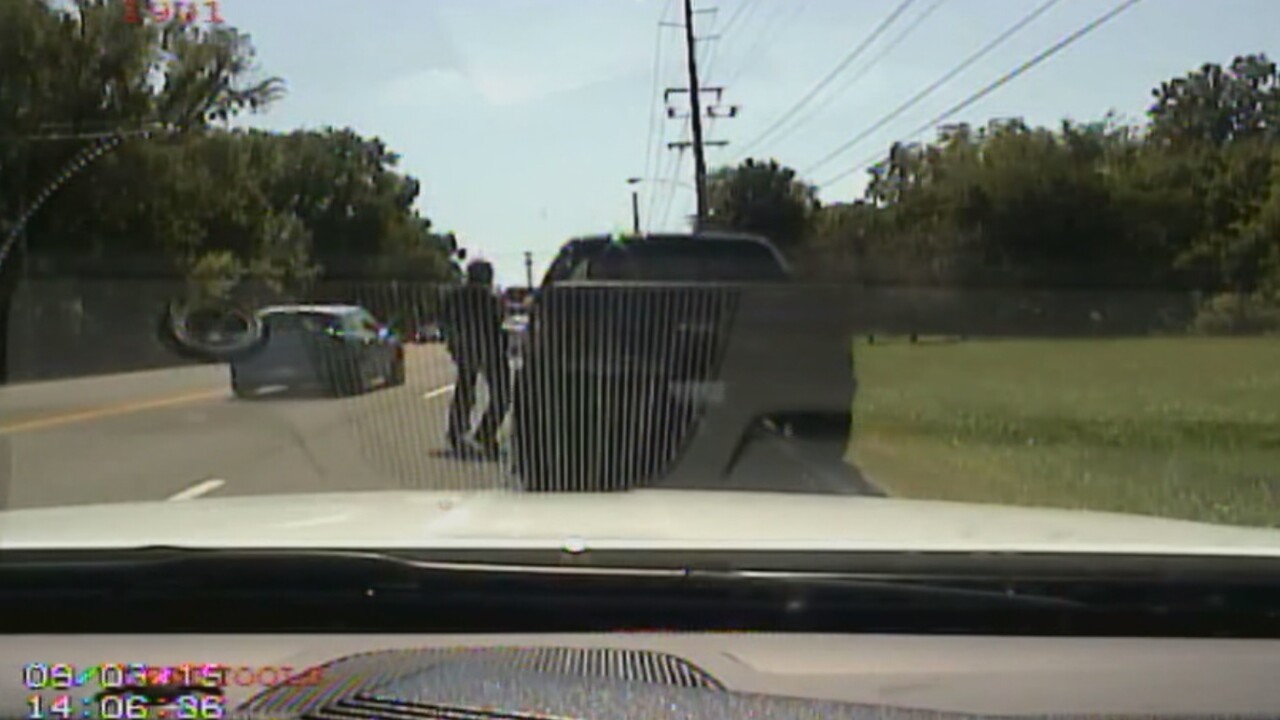 BELLE MEADE, Tenn. (WTVF) — Dash cam video from the Belle Meade Police Department captured the moment a high-speed chase began. The chase eventually led to a manhunt and an elementary school in Kingston Springs being placed on lockout.

Officer Mark Hill pulled over a stolen truck with a stolen tag on Harding Pike near Leake Avenue around 2 p.m. on Tuesday. One of the city's 19 license plate readers notified police of the stolen tag.

The officer asked the driver to remove the keys, but he reached around and quickly pressed the gas.

"Once he took off, he knocked my arms away. The momentum from the vehicle turned into the left and caught my chest with the vehicle too," Hill told NewsChannel 5.

Hill said he had his hands in the window when he asked him to remove the keys. The high-speed chase would lead him from Belle Meade to Bellevue as he drove through a seemingly light traffic.

"You almost get tunnel vision as an officer when you're more focused on the suspect and what's surrounding you," Hill said.

Chief Tim Eads said Hill eventually pulled away when he reached I-40 near Charlotte Pike because it became too congested and dangerous. He credited his officer for doing the right thing despite the potentially violent situation.

"You got to be on your guard even though someone ran a stop sign you still have to have heightened awareness of what's going on," Eads mentioned.

Officers with the Metro Nashville Police Department continued the chase which led to Kingston Springs. Officers laid spike strips to stop the vehicle.

Police said driver Edmon Simmons and passenger Dyneisha Pride took off and hid in the woods. Pride was arrested quickly but it took authorities about a few hours to capture Simmons who allegedly had a gun.

During the manhunt, Kingston Springs Elementary School was put on lockout.

Simmons and Pride already had outstanding burglary and theft warrants out of Davidson County. Simmons faces additional charges including aggravated assault, possession of a stolen vehicle and leavin the scene of an accident.