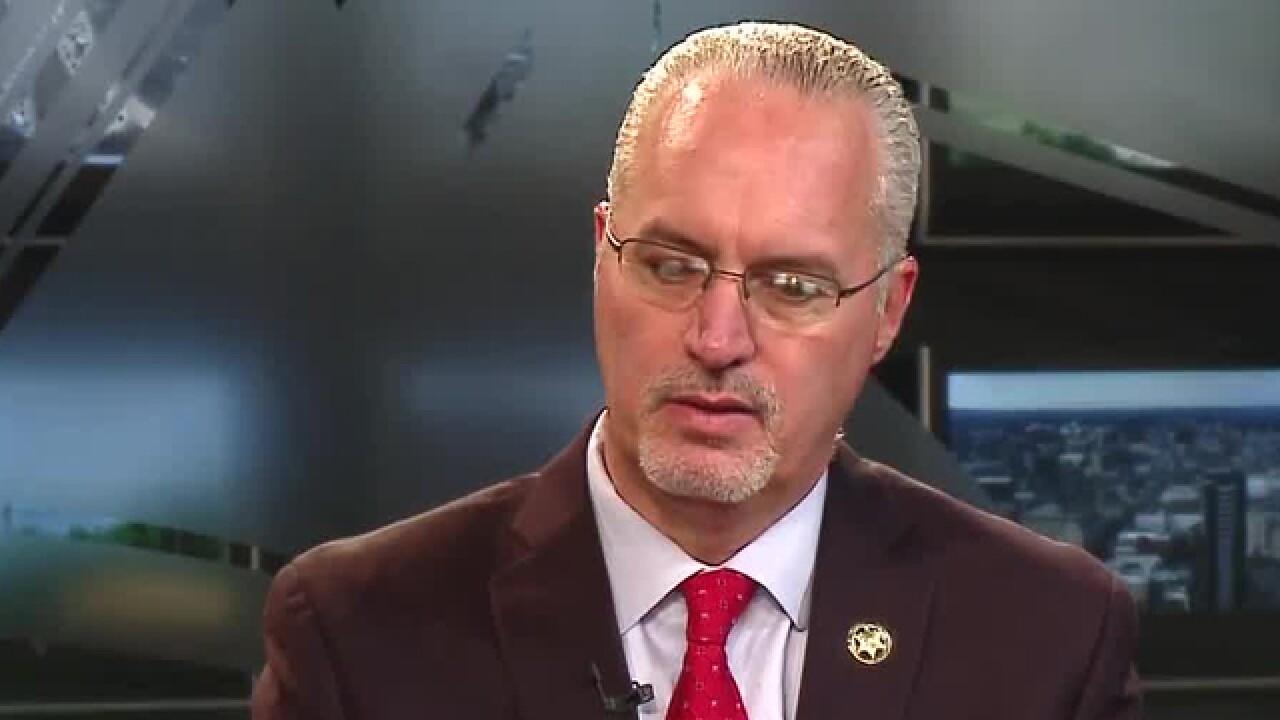 Davidson County Sheriff Daron Hall said a "sanctuary city" ordinance proposal will not stop his cooperation with federal ICE agents when it comes to inmates charged with crimes.

The comment came just one day before a big vote on the "sanctuary city-type" ordinance for Nashville.

During an exclusive interview with NewsChannel 5, Hall said his decision was not about immigration politics. He objected to the proposed ordinance because it infringes upon his authority as an elected state constitutional officer.

"The city government I don't believe should be or could be ordering me what to do," said Sheriff Hall.

Hall said the ordinance would prevent his office from cooperating with voluntary detainer requests from ICE agents on inmates unless accompanied by a warrant.

"To ask me to ignore everything with immigration is to let that person go who is a serious criminal local violator or federal immigration violator," said Hall.

The sheriff considered it to be, at least in part, a public safety issue by freeing some potentially dangerous individuals. However, beyond that, Hall said on MorningLine that he objected to the city council setting policy for the jail.

"The sheriff is elected to run the jail. The budget comes from the city council. They can cut my budget and do that, but they can't order me how to run it," said Hall.

NewsChannel 5 asked if the bill passes would he abide by it?

"I'm not through with the opinion that Metro legal gave me. If it's something I don't agree I'll pursue it to a courtroom to get it settled," said Hall.

For now, and into the foreseeable future, the Davidson County sheriff will continue to cooperate with federal immigration authorities -- ordinance or not.

Sheriff Hall said voluntary detainers accounted for less than one percent of all inmates in the Davidson County jail last year.

That's 500 people with local criminal and federal charges turned over to ice. The sheriff said the ordinance seeks to stop all future transfers.