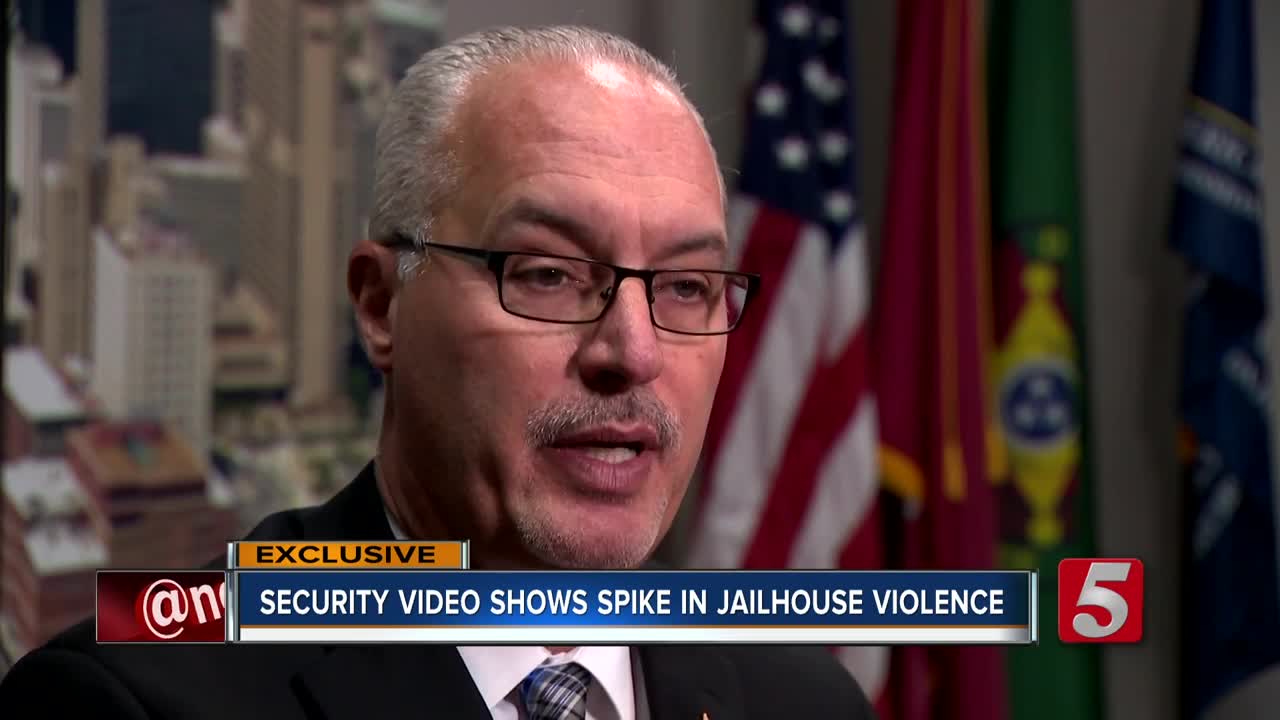 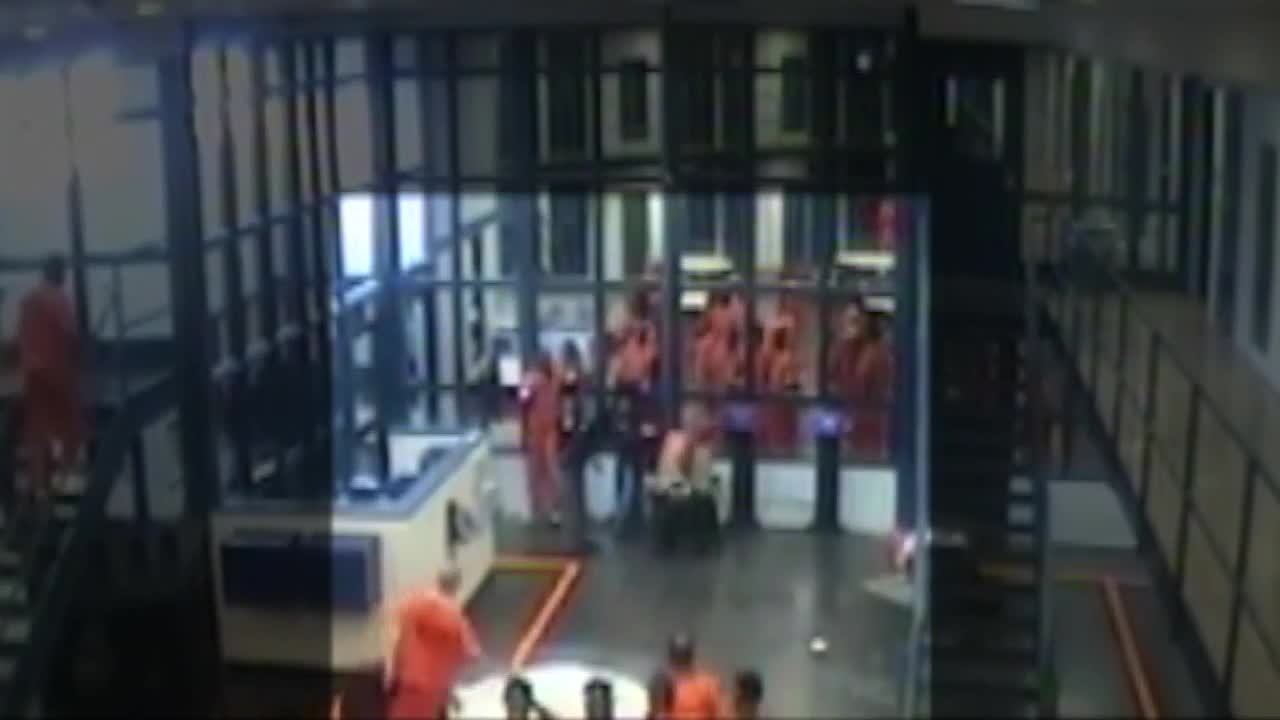 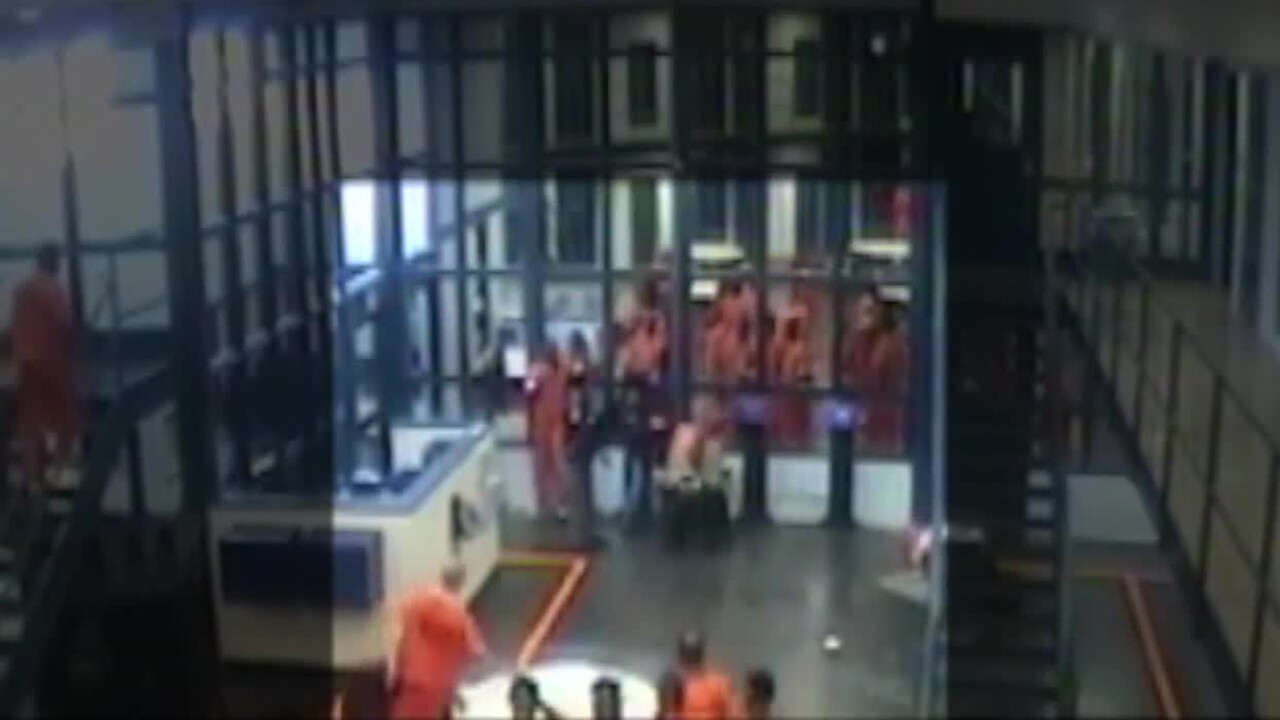 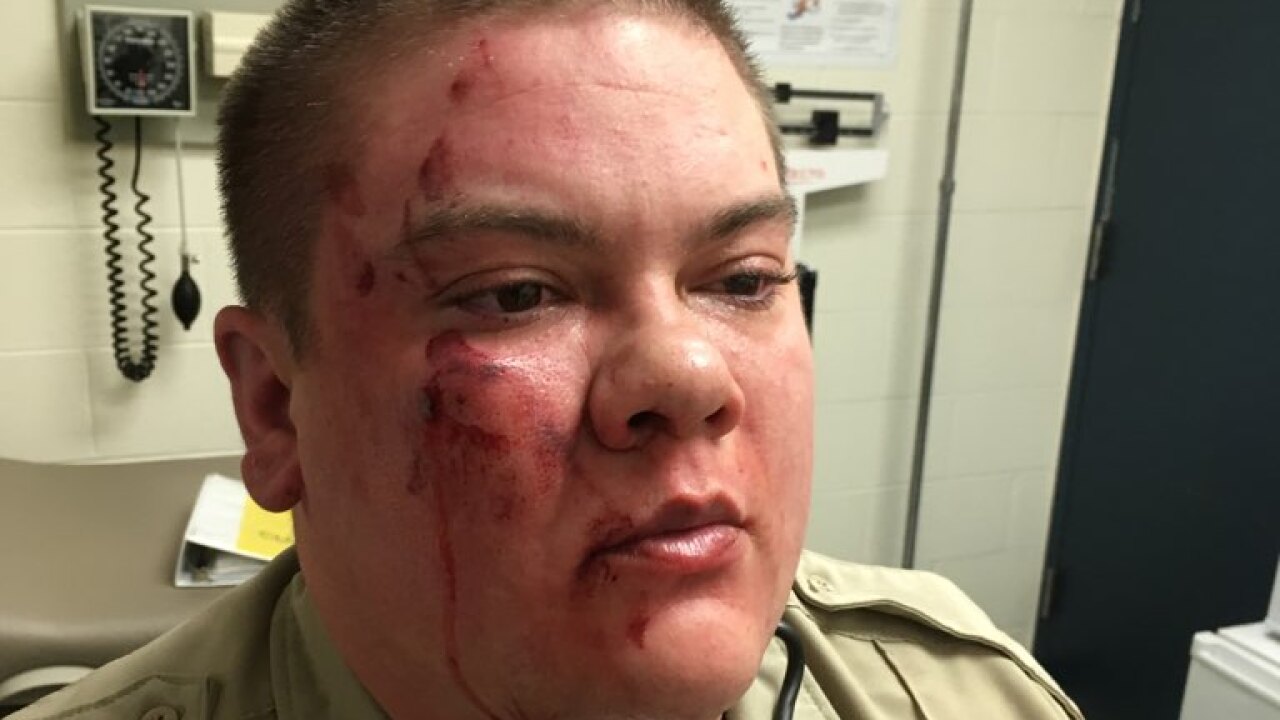 NASHVILLE, Tenn. (WTVF) — A Davidson County corrections officer was seriously injured when he was beaten by an inmate. Yet, it was just one instance in a spike in jailhouse violence that the Sheriff is now addressing.

Davidson Sheriff Daron Hall says something must be down about this new breed of ultra-violent inmate that is committing unprovoked, vicious assaults behind bars.

"I've never seen anything like what we've seen in the last several months," said Sheriff Hall.

He reports nine violent assaults in the past 15 months -- far and away the most ever. He released a video of Officer Britney Manor being suddenly attacked while directing an inmate into a line.

In the video, the inmate wildly throws punches and Manor responds actually tackling and throwing the guy to the ground before help arrives. Manor was punched in the face several times and suffered bruises, cuts and broken finger.

Sheriff Hall says enough is enough, "We can't keep hiding this from the public. The city council, the mayor, the city needs to understand. I'm not asking permission. At this point I have people injured. We have too many people being hurt."

The sheriff also pointed to a second video showing officer David Farmby opening a cell door to allow an inmate out for rec time.

The inmate punches him in the face, flips him, beats Farmby unconscious, then drags him into the cell, beats him more, before locking him inside. The sheer brutality of the attack shocked Sheriff Daron Hall.

The attack was sudden and unprovoked. Farmby was beaten even after he was unconscious. He suffered a fractured skull and dozens of staples to the scalp.

"We have a more violent streak in some of the inmates we now house," said Hall.

The sheriff says his staff has worked wonders the past two years by temporarily housing dangerous inmates at the Max Correctional Center at Harding Place while the new jail is built downtown. But he said the current facility is ill prepared to deal with some of the violent inmates.

His staff is spread thin -- often one officer to 64 inmates.

A new breed of ultra-violent inmates and unprovoked attacks means the sheriff will double up the officers in many areas.

"They deserve a safe environment to work in and someone has their back in case something happens," said Hall.

That will mean more money now and, later, at least for the next ten months until the new jail opens. The sheriff says he's never seen such a sudden spike in attacks with officers just tossed like rag dolls and nearly beaten to death.

The inmates involved in these two most recent attacks will face a minimum now of five additional years added to their sentences.