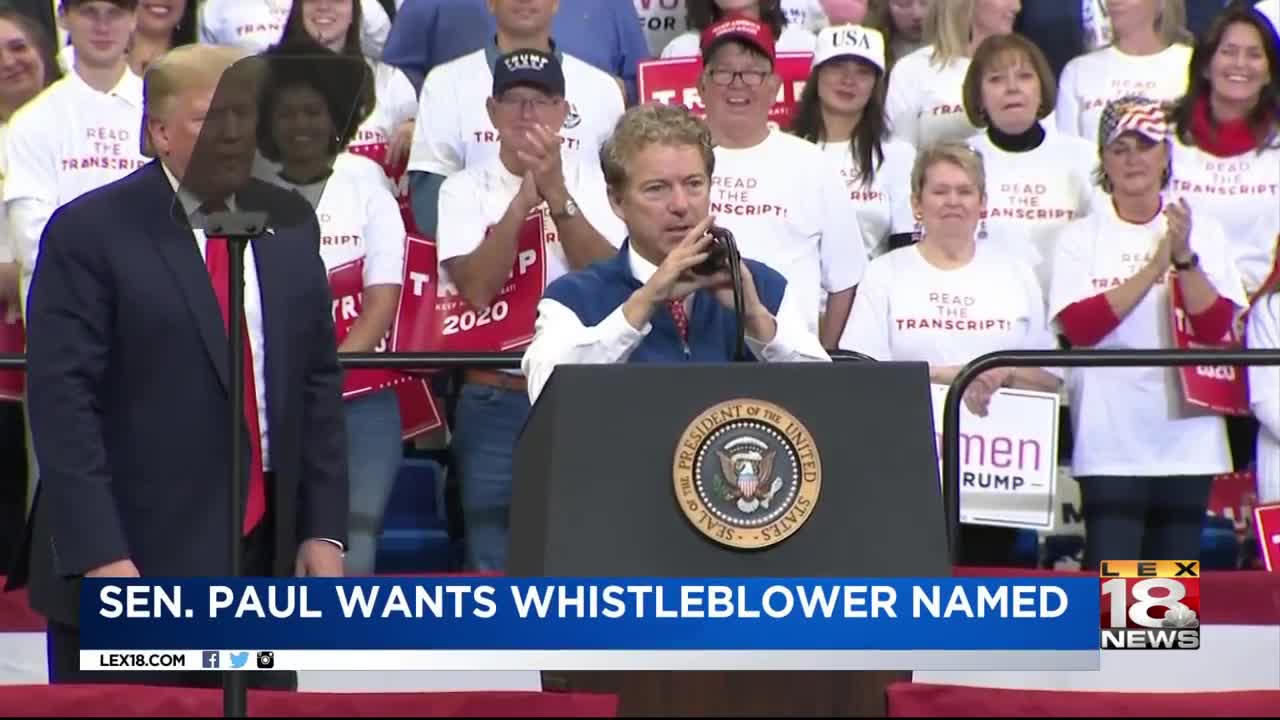 A big moment from Monday's rally came when Sen. Rand Paul called for the public naming of the whistleblower, whose complaint lead to the impeachment inquiry.

Paul claimed at the rally that the whistleblower's identity is known.

"Do your job and print his name," Paul said to the media.

President Donald Trump has also called for the whistleblower to be publicly named.

Laws exist to protect the identities and careers of people who bring forward accusations of wrongdoing against government officials.