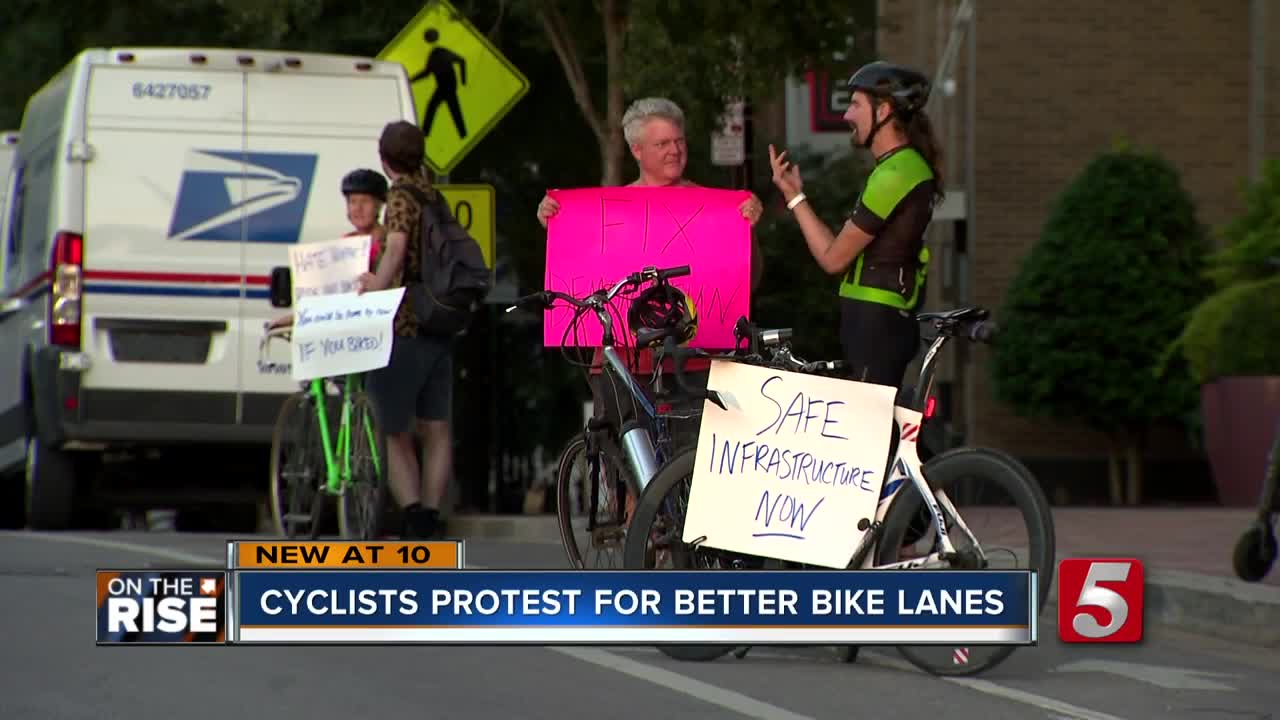 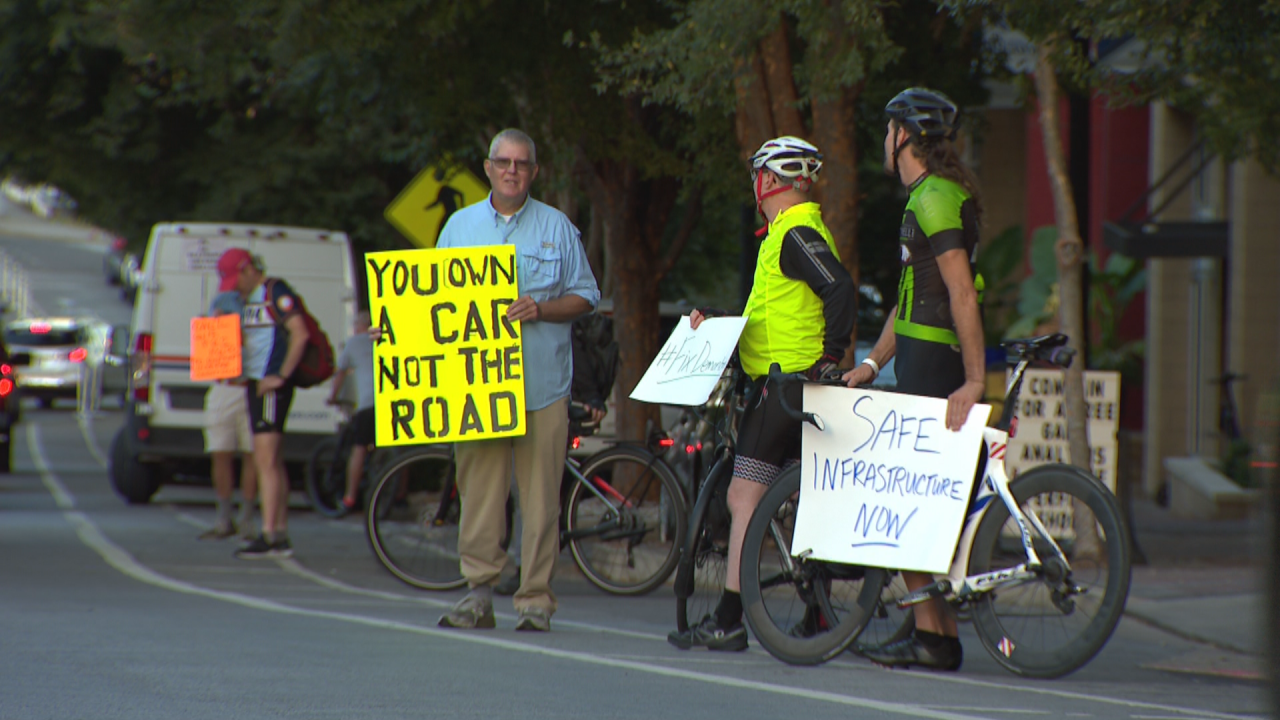 "We're showing with our bodies how you can keep a bike lane protected and safe," cyclist Katherine McDonell said. "What we need are dedicated, protected bike lanes, those are lanes with designated physical barriers."

The cyclist hoped to send a message to the city, urging leaders to make bike lanes safer.

Safety is an issue close to McDonell, who bikes to work every day and was hit by a car while on her bike two years ago.

"I was hit two years ago on my way home from work at the intersection down there," she said, while gesturing toward Demonbreun and 14th Avenue South. "I was pretty banged up. I was lucky I didn't have any serious injuries, but it shook me up quite a bit. I was one of the lucky ones, a lot of people are not so lucky. "

That's why she took part in the demonstration, holding signs and blocking the bike lanes from busy, rush hour traffic. She said cars parking in bike lanes are also a common and hazardous problem.

"When some one parks in the bike lane, you can see the heavy traffic coming through here, we're forced into traffic to try and get around that car and so it puts everybody in a really dangerous spot," McDonell said. When the demonstration started, two USPS trucks were parked in the bike lanes.