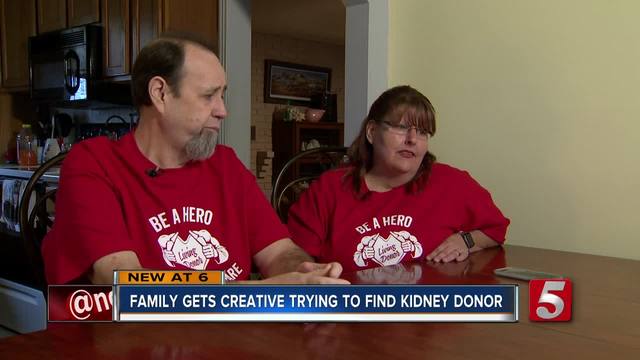 Scott Cardone thinks about his own death every day now, facing his own mortality is a reality he’s been forced to grapple with as his kidneys continue to fail him. His wife Sandy though is on a mission to make sure that does not happen. 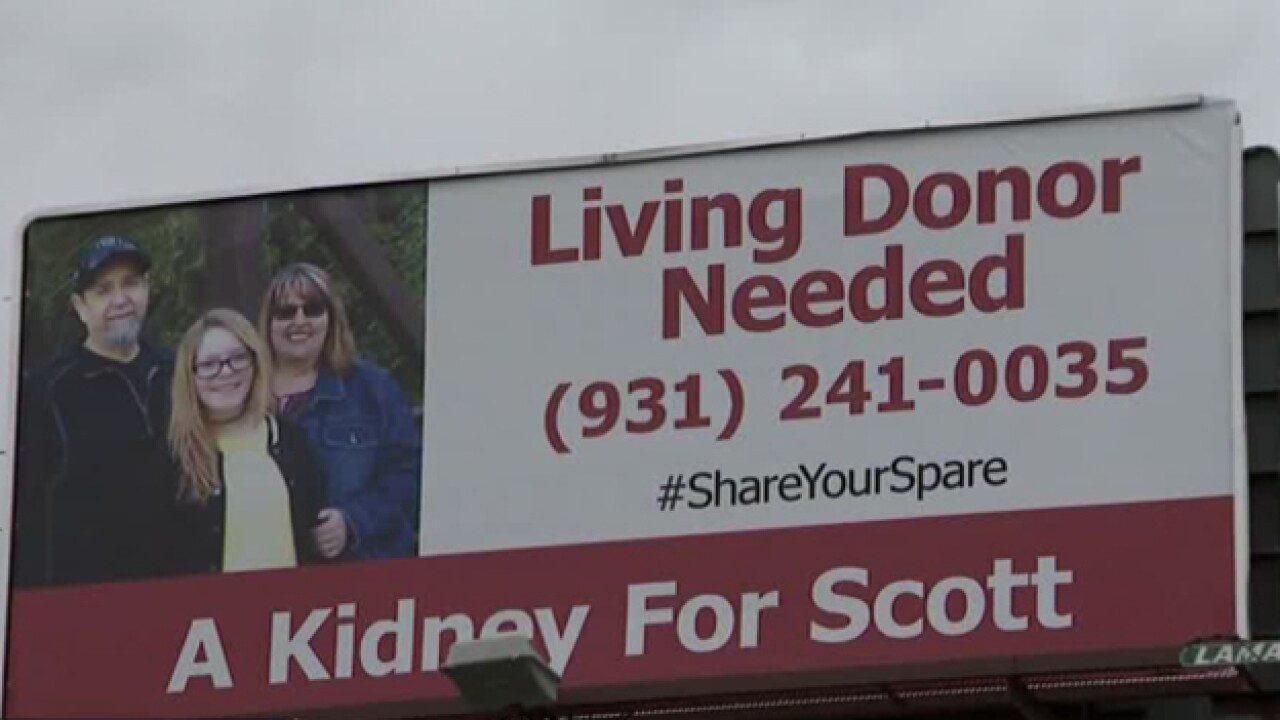 Scott Cardone thinks about his own death every day now, facing his own mortality is a reality he’s been forced to grapple with as his kidneys continue to fail him. His wife Sandy though is on a mission to make sure that does not happen.

As far as kidney disease goes, Scott’s prognosis could not be any worse right now.

He has stage four polycystic kidney failure, there is no stage five.

“It’s basically benign tumors that are growing on my kidney and killing them,” Scott says sitting in the kitchen on his Clarksville home, his wife Sandy by his side.

The 52-year-old was first diagnosed back in 2010. In the last year though the function of his left kidney has dropped below 15 percent, doctors believe he may be weeks away from needing dialysis.

Scott grabs his wife’s hand, his eyes turn to a photo of their 14-year-old daughter Dorothy, “My biggest fear is dying. Not being around, not being able to see my daughter grow up, that’s it. Dying.”

Scott is one of an estimated 100,000 people in the United State currently on the waiting list for a kidney. It’s a list some people are on for a decade before a match might be found, and sometimes that doesn’t happen.

Facing that prospect, Sandy has decided to take her husband’s fate into her own hands. After a particularly grim doctor’s appointment in September, this third grade teacher decided waiting list wasn’t going to suffice.

Since September, Sandy has enlisted the help of friend to get a number of magnetic signs made for the couple’s two SUV. Both cars have now been turned into a driving a billboard of sorts, with a picture of Scot and the words, “I need a kidney,” plastered across the sides and back windshield.

They’ve passed out hundreds of business cards, made bracelets and even had an actual billboard put up in Clarksville, all in hopes of finding Scott a match. To help manage the influx of responses they’ve gotten the Cardone’s have also gotten a special cell phone number setup: (931)-241-0035.

Wearing a read t-shirt with the words ‘Be a hero, share a spare,’ Sandy struggles to get her point across without choking up, “Our hope is to get a kidney before he has to go on dialysis.”

“She’s just been amazing,” Scott adds as his wife finished her sentence.

Since the start of their campaign to find Scott a kidney, nearly two dozen people have gotten tested but so far none of them are match. Anticipating expenses they might incur the Cardone’s have also setup a GoFund Me account.

They’re hoping to find Scott a kidney donor before the end of the year.

“We just need a kidney.”