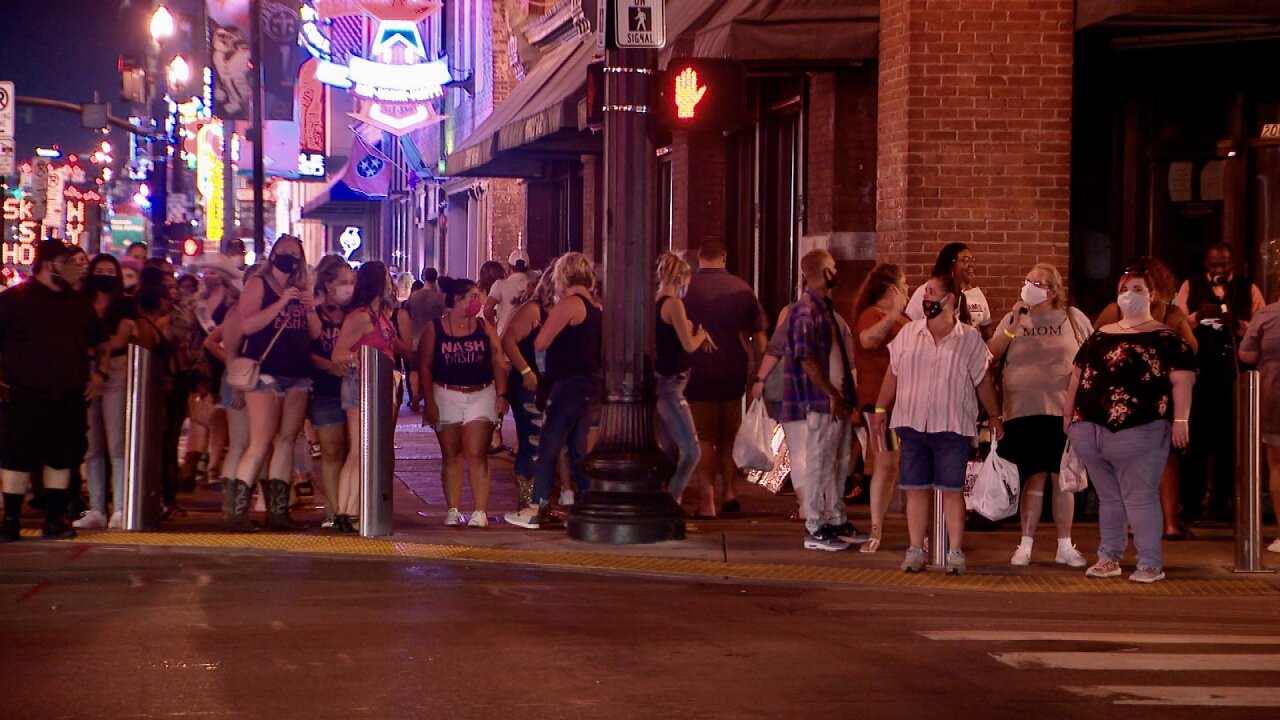 In downtown Nashville, police said they issued 52 citations to individuals who were not complying with mask mandate. The department said officers and Public Safety Ambassadors reminded thousands of people to wear their masks over the extended weekend.

One person was arrested on Saturday night and two others on Sunday night for not complying with the health department’s mask order.

Metro police said the department responded to several large gatherings over the weekend as well.

Police said on Friday night officers, alongside employees from the health department, responded to a large house party in the 3700 block of West End Avenue. The party host was given a citation and agreed to shut the party down.

Just after midnight on Sunday, Metro officers received complaints about a large party at the Panobes bar on Rivergate Parkway. Police said the party was shut down and the manager of the business was issued a state misdemeanor citation.

Officers then went to Ambrosia Hookah Bar on Ewing Drive where 50 to 75 people were seen without masks leaving the area. Police said the owner was issued a state misdemeanor citation.

In East Nashville, officers noticed an unusual amount of cars parked on the side streets near Main Street. Police said about 500 people were gathered in the 700 block of Main Street. The building owner told officers he rented it to a California-based company for an art exhibition, but no representative for the company was located. Officers issued the building owner a state misdemeanor citation.

Police said six operators of “transportainment” vehicles were cited for violating public health orders. Four were Honky Tonk Party vehicles, one was operated by Big Green Tractor and another by Ulitmate Party Bus.