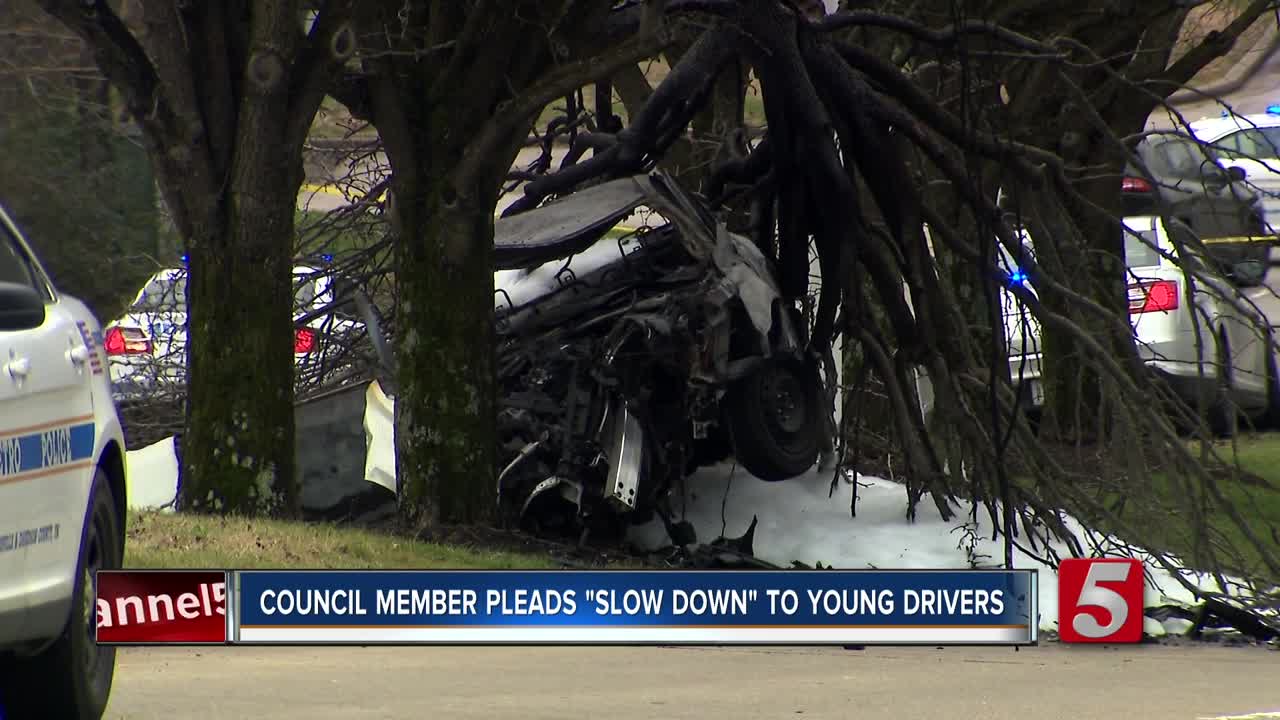 A driver was killed in a single-vehicle crash in Antioch. 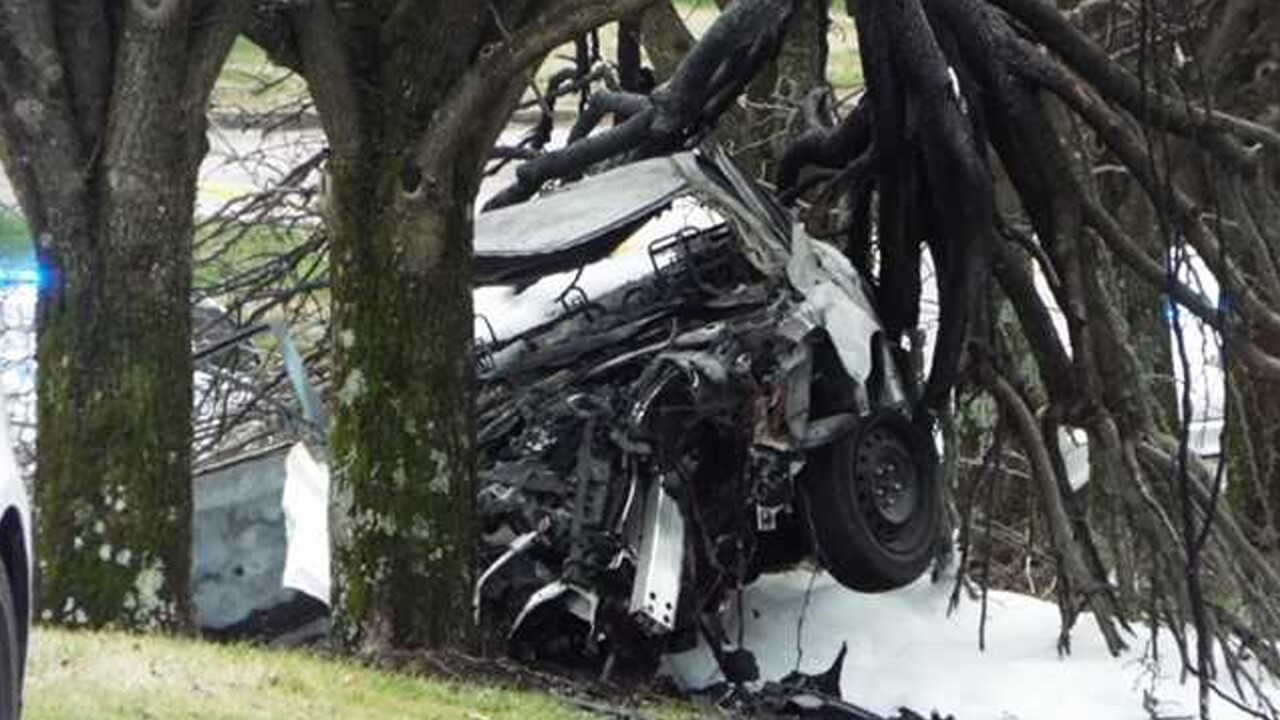 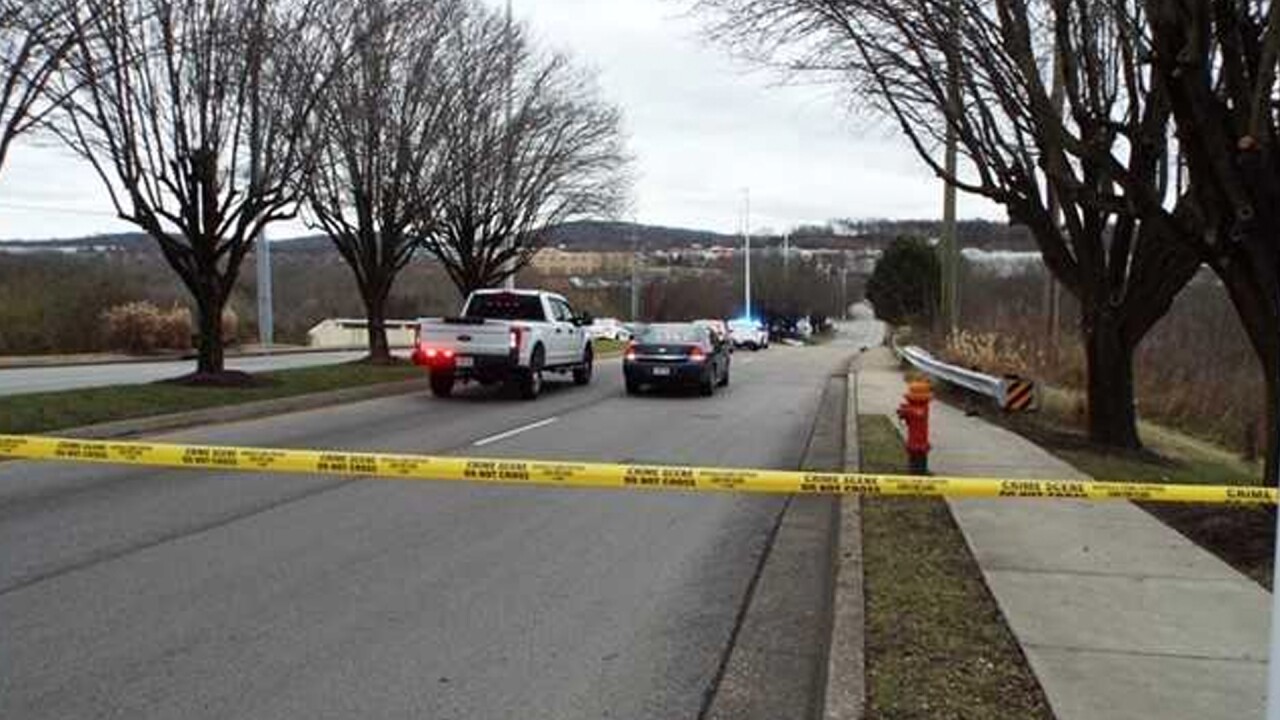 NASHVILLE, Tenn. (WTVF) — An 18-year-old man was killed in a fiery, single-vehicle crash in Antioch.

It happened Tuesday just before 1 p.m. afternoon on the 5700 block of Crossings Boulevard.

The car ran off the road and struck a large tree, causing the Altima to burst into flames. Four teenage passengers - three females and one male - managed to get out of the car and are in stable condition at Vanderbilt University Medical Center.

Metro Council member Jacobia Dowell was heading home when she came upon the accident. She said she was sadden to learn what happened

"I prayed immediately that it was almost impossible for someone to escape an accident like this. So I was really surprised to see the car had more than one person in it and we only had one fatality," said the District 32 council member.

After seeing the crash, Dowell is pleading with young drivers in the community to slow down and drive carefully.

"It's hard for me to see someone young particularly in a traffic accident. One of the things we're going to have to do, as the city grows and as the community grows, is have a little more patience and drive a little more responsibility. For people who have children, or young people coming along that will be driving soon our Metro Nashville Police Department offers a teen drivers awareness seminar that's free," she said.

Officials said the driver’s foot was pinned inside the vehicle, keeping him from escaping the flames.

The victim was not identifiable at the scene, but officials said the Medical Examiner is working to confirm his name.

Metro Police is investigating the crash. The preliminary investigation shows that reckless driving was the primary cause of the crash.