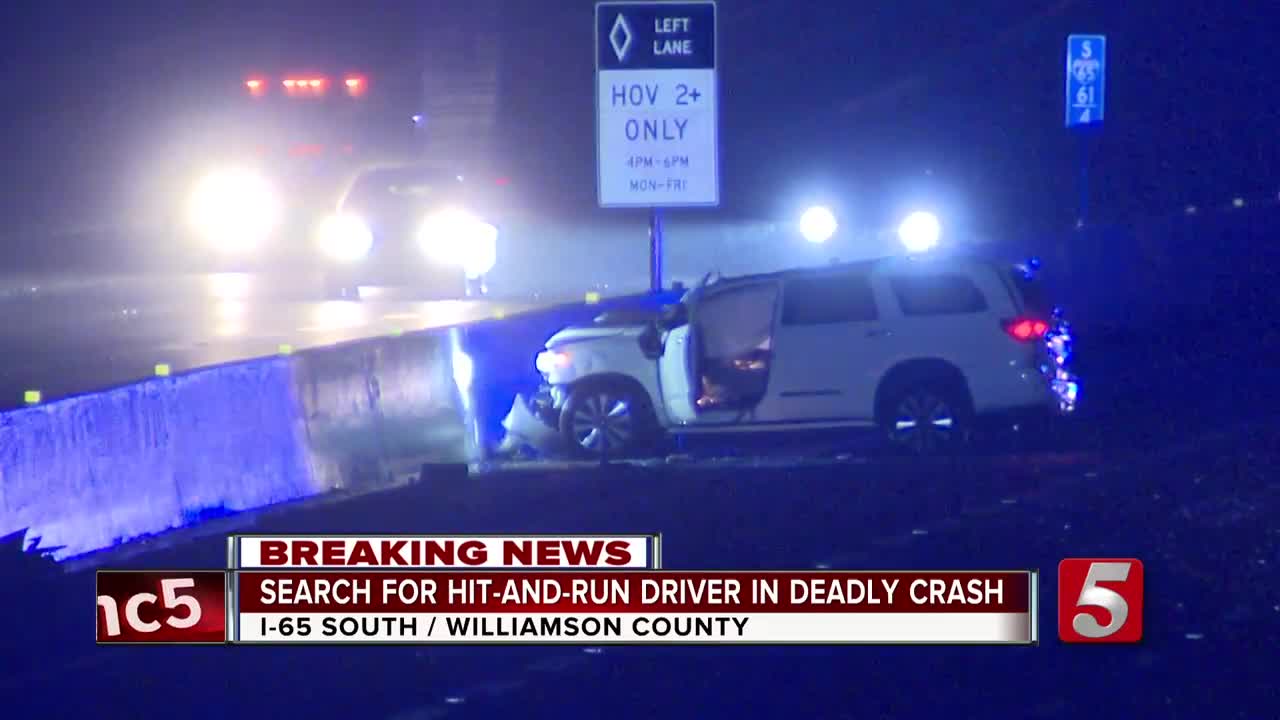 The search for a hit-and-run driver got underway overnight after a deadly crash on Interstate 65 in Williamson County. 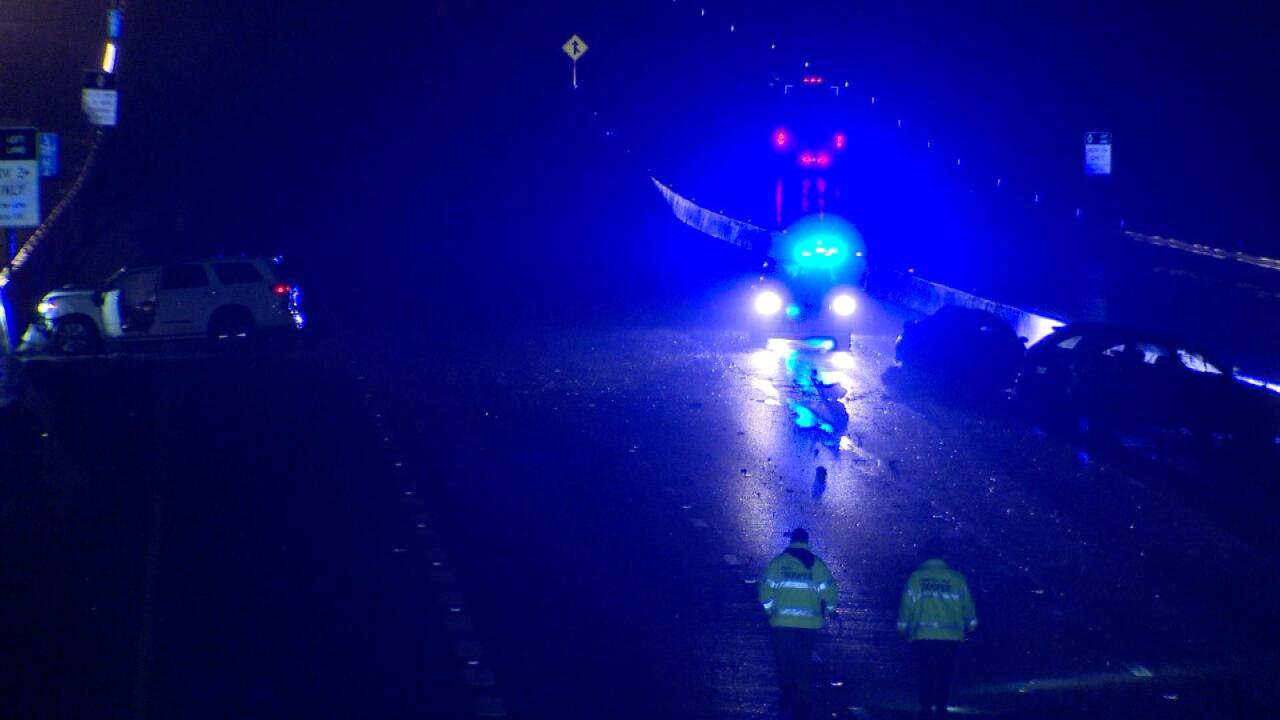 FRANKLIN, Tenn. (WTVF) — The Tennessee Highway Patrol said they're searching for a hit-and-run driver who caused a deadly, chain-reaction crash on Interstate 65 in Williamson County.

The wreck happened around midnight Tuesday near the Peytonsville Road exit.

THP said the at-fault driver struck a Hyundai SUV, which caused that vehicle to hit a Chevrolet Impala. The impact sent the Impala spinning and it was T-boned by a large SUV.

Two people were taken to the hospital following the crash. Troopers said 38-year-old Kathryn Nappier was pronounced dead upon arrival.

All southbound lanes were closed for several hours overnight for the investigation. Anyone with information should call THP at 615-741-2060.

Happening now: @TNHighwayPatrol looking for a driver wanted in a deadly hit and run crash in Williamson Co. This happened on 65 southbound near the Peytonsville Rd. exit. pic.twitter.com/PajyCISauH