Thousands of people have already cast their vote in Nashville's transit referendum. The election is on May 1, but early voting will end Thurs., April 26.

After years of engineering studies and public input, a transit is finally on the ballot, and people can start voting as early as Wednesday.

There are a number of other races on the ballot, as well, including the sheriff's race and several court-related positions.

However, transit is the biggest issue for voters to decide.

Over a span of 14 years, Davidson County residents will pay a $10 surcharge a month to fund the plan. The other 50 percent will come from those visiting Nashville. 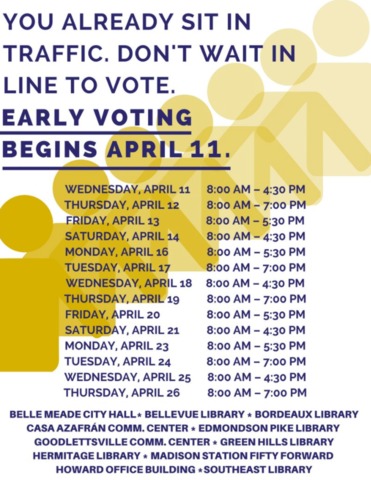 Transit for Nashville officials said they're expecting record numbers for the referendum.