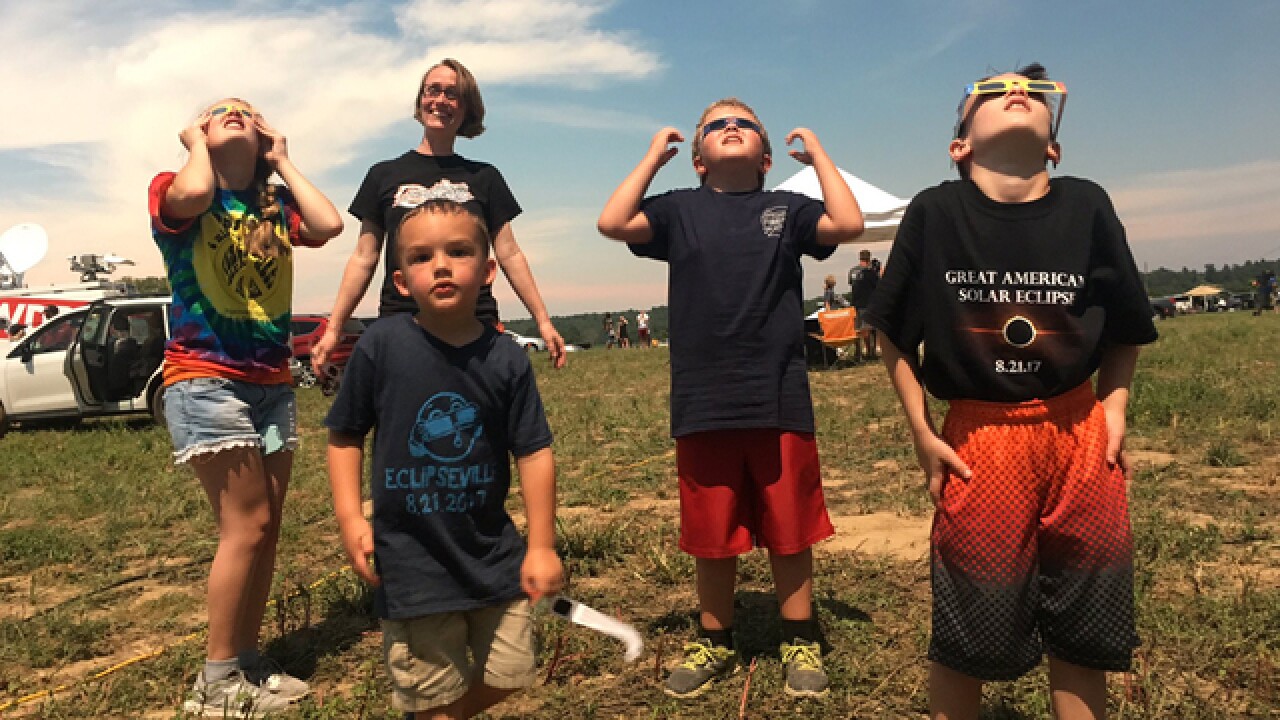 The total solar eclipse was best described as a breathtaking event tens of thousands of people who witnessed at its max totality will never forget.

In Christian County, Kentucky, hundreds from across the world traveled to Orchardale Farm in Cerulean since it has been dubbed the point of greatest eclipse.

Totality lasted for 2 minutes and 41 seconds, and mesmerized large crowds along the way.

"It felt a little eerie, kind of calm and just a neat experience," Doug Wilcox, a Hopkinsville resident, said.

It also proved to be emotional for visitors like Ginny Simmons who drove 10 hours from Texas.

"It is so hard to describe. It makes you realize how we are so tiny on this Earth. It was so amazing, just beautiful," Simmons told NewsChannel 5.

This couple from Texas says the total solar eclipse was an emotional experience. @NC5 pic.twitter.com/XbnRnCV5ZJ

Simmons and her husband are two of the more than 100,000 visitors expected in the county for the once in a lifetime event.

"Is this what it was like when people were first pulling up to Woodstock?" Clay Barclays, a Cincinnati visitor, questioned. "All these people are here from all over the place. Different countries and different towns and cities for one purpose, I think I get it."

Officials anticipated an economic impact of $30 million but the mayor and governor stressed that it was more than just about the money.

"Our primary concern is that we were prepared for  the influx of visitors and that they had that type of experience that made them proud to be a part of it. I hope they walk away with sincere appreciation that this community rolled out the red carpet to help them enjoy," Hendricks said in a press conference.

Scientists from several universities, NASA and the Vatican were also on the farm.

For instance, Professor Kevin Knupp of the University of Alabama in Huntsville released a weather balloon to research the impact of the eclipse on the lower part of the atmosphere.

State, local and federal officials prepared for the event for more than a year.