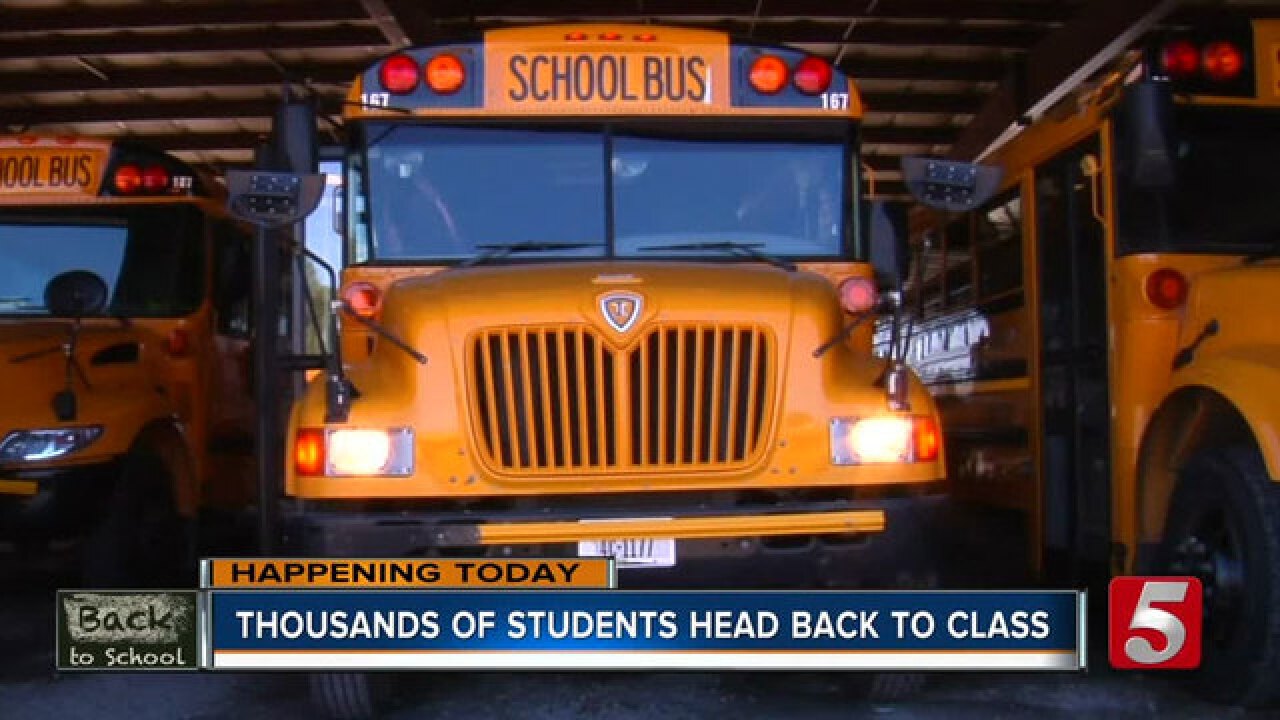 Summertime is officially over in Nashville as Metro students headed back to class Monday. It's also the start of the first full week for several other counties in Middle Tennessee.

Some 88,000 students started their year with Metro Nashville Public Schools.

The district opened more than 290,000 square feet of new or renovated space, including the brand-new Tusculum Elementary.

More than 400 new teachers were also hired over the summer.

Most elementary schools began at 8 a.m., while middle schools started closer to 9 a.m. The bells rang at high schools just after 7 a.m.

However, students at John Overton High School won’t start until Wednesday due to construction delays.