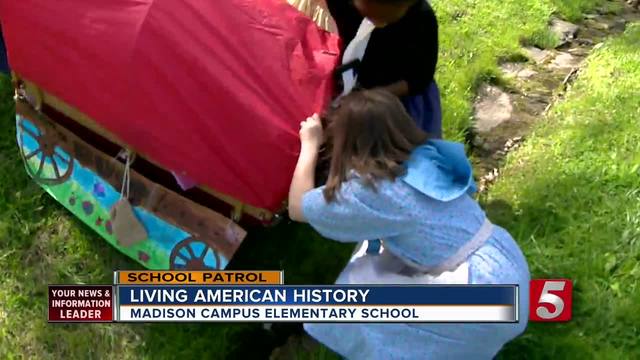 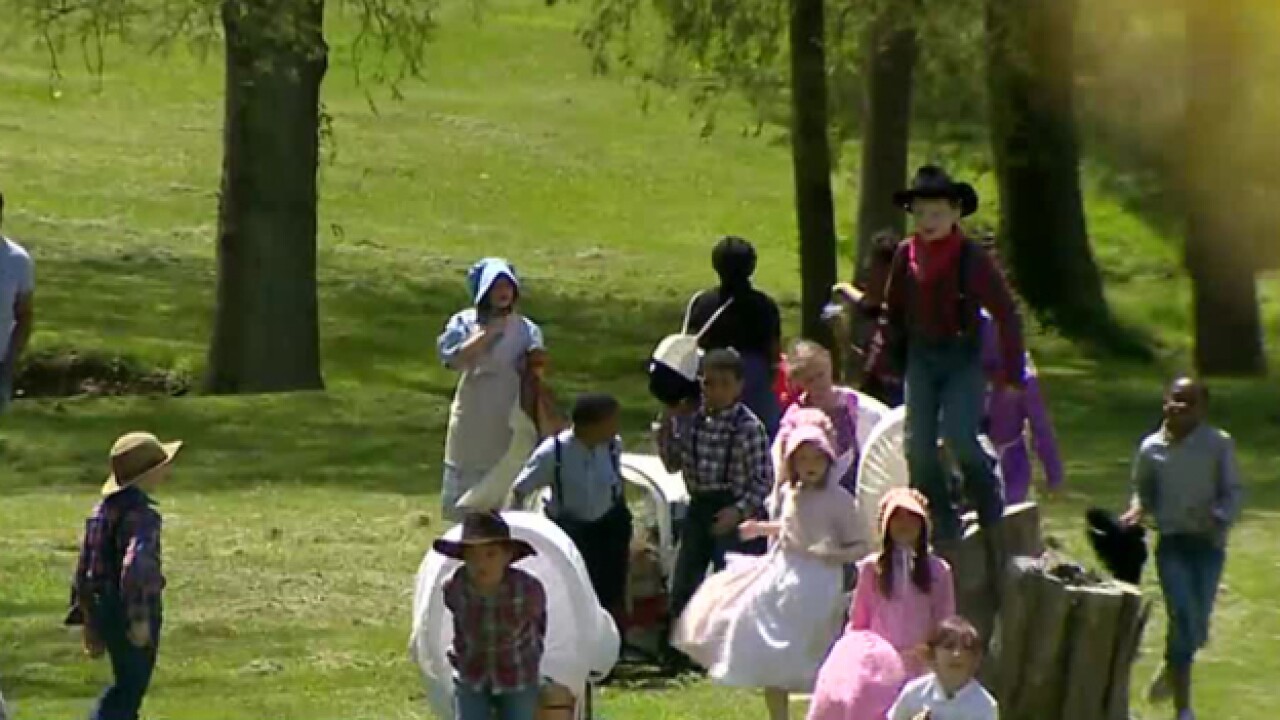 Ms. Angelo has allowed her third grade students for years, to participate in a re-enactment of the Oregon Trail, where in the Mid 1800's, thousands and thousands of Pioneers traveled from Independence City, Missouri to Oregon City Oregon, in hopes of not only settling there, but also  acting as missionaries, hoping to convert Native Americans to Christianity.

However, the Native Americans saw this as an unwanted invasion, and frequently battled the Pioneers.

Ms. Angelo used the woods surrounding the school, to take the "Wagon Train" on the road where students came across "wild animals," wild rivers and of course, "Indians."

The students dressed in Pioneer garb, and ate sparingly, as the real Pioneers did, but just for the day.