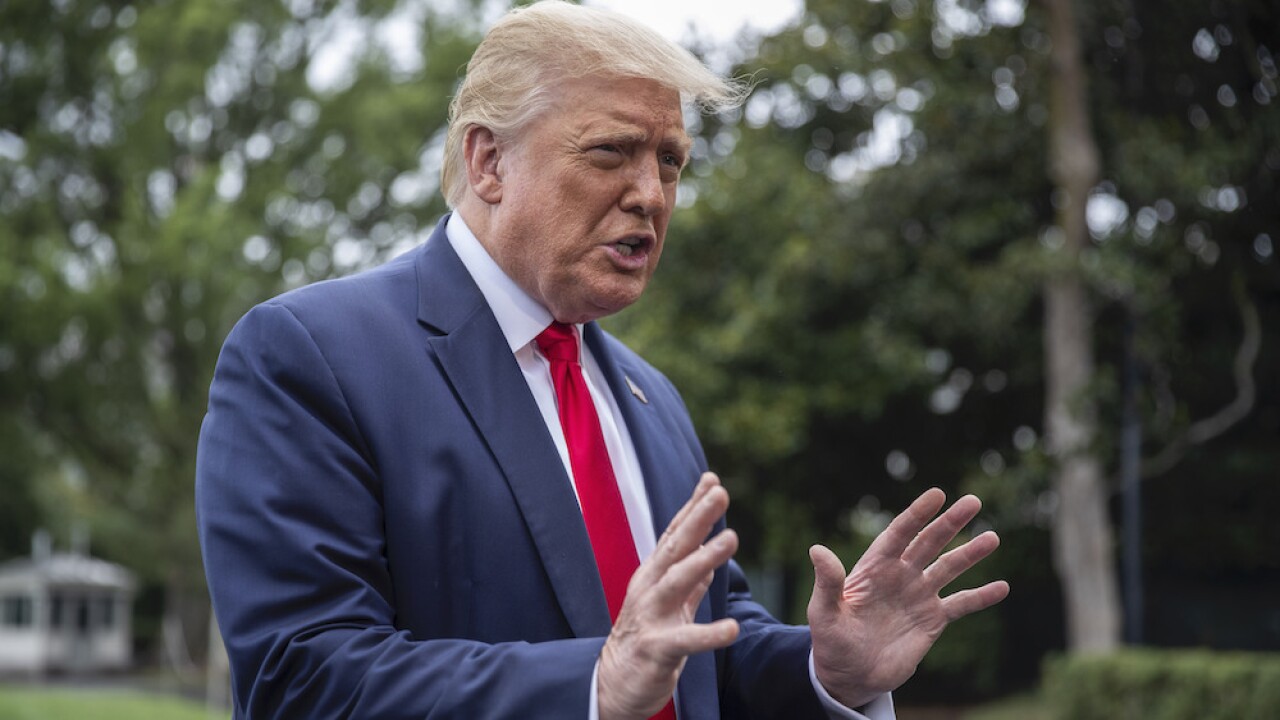 Copyright 2020 The Associated Press. All rights reserved.
Alex Brandon/AP
President Donald Trump speaks with reporters as he walks to Marine One on the South Lawn of the White House, Friday, July 31, 2020, in Washington. Trump is en route to Florida. (AP Photo/Alex Brandon)

President Donald Trump suggested during an interview on Wednesday that he will accept the presidential nomination of the Republican party in a live address from the White House later this month.

During an interview on Fox News, Trump told anchors that his administration is still weighing its options, but that he's currently leaning toward an option that would have him deliver the speech "live from the White House lawn," calling it the "easiest and least expensive option."

Trump also suggested Wednesday that the press would be allowed to attend parts of the convention that will be taking place in Charlotte. Last week, reports emerged that indicated that the administration was considering barring the press from the nomination vote.

The Republican National Convention, currently slated to take place between Aug. 24 and Aug. 27, has been completely upended due to the COVID-19 pandemic.

The convention was originally slated to take place in Charlotte, North Carolina. However, Trump announced earlier this year that he would move portions of the convention to Jacksonville, Florida because he felt North Carolina Gov. Roy Cooper, a Democrat, was too slow to lift COVID-19 related lockdown restrictions.

After cases began spiking at record levels in July, Trump mostly canceled the Jacksonville portion of the event.

"I looked at my team and I said the timing for this event is not right. It's just not right with what's been happening," Trump said on July 23.