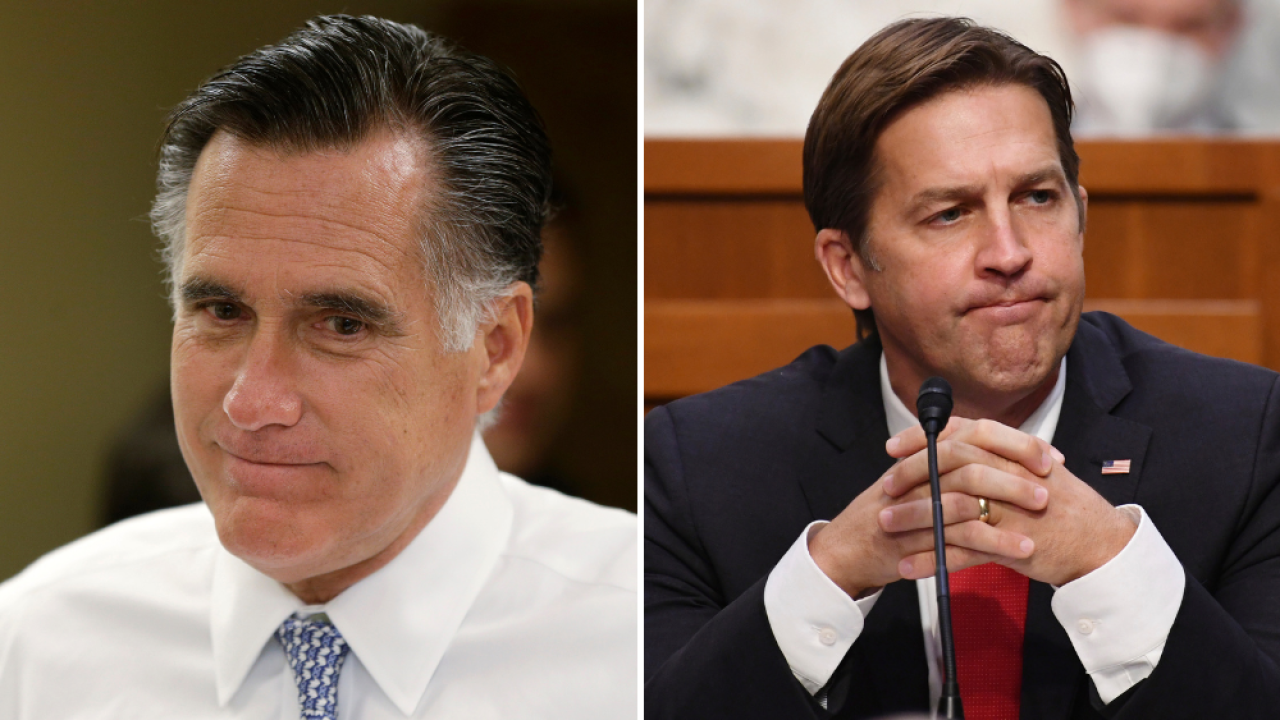 Two moderate members of the Republican party scoured President Donald Trump's continued attempts to challenge the result of the 2020 election on Thursday.

Late Thursday evening, Romney released a statement on Twitter bashing Trump over reports that he personally called Republican canvassers in Michigan, who are attempting to overturn their own decisions to certify the election results in Wayne County encompasses Detroit.

"Having failed to make even a plausible cause of widespread fraud or conspiracy before any court of law, the President has now resorted to overt pressure on state and local officials to subvert the will of the people and overturn the election," Romney wrote. "It is difficult to imagine a worse, more undemocratic action by a sitting American President."

Later, Sasse spoke to reporters on Capitol Hill and criticized a lengthy Thursday press conference in which Rudy Giuliani, Trump's personal lawyer, continuously spread misinformation and made unsubstantiated claims about a coordinated attempt by officials in several cities to "steal" the election.

"Wild press conferences erode public trust. So no, obviously, Rudy and his buddies should not pressure electors to ignore their certification obligations under the statute. We are a nation of laws, not tweets," Sasse said.

Romney and Sasse remain in the minority in the Republican party — most GOP lawmakers have either openly supported Trump's challenges or have remained silent. But their comments are among the sharpest of a slowly growing chorus of moderates who have either recognized Joe Biden as president-elect, called for the transition process to begin or called on Trump to concede the race.

Both Romney and Sasse have had their clashes with Trump in the past. Romney was the only Republican senator who broke party lines to vote for Trump's removal from office during his impeachment trial earlier this year. Prior to the election, Sasse slammed Trump in a call with constituents, claiming the President has "flirted with white supremacists" and that he "kisses dictators' butts."

On Friday morning, Trump responded to Romney's comments by criticizing the Utah Senator's loss to President Barack Obama in the 2012 presidential election.

RINO Mitt Romney should read this. I’m sure, however, that he feels he got slaughtering by Obama “fair and square”. https://t.co/GGZKfSAp8z