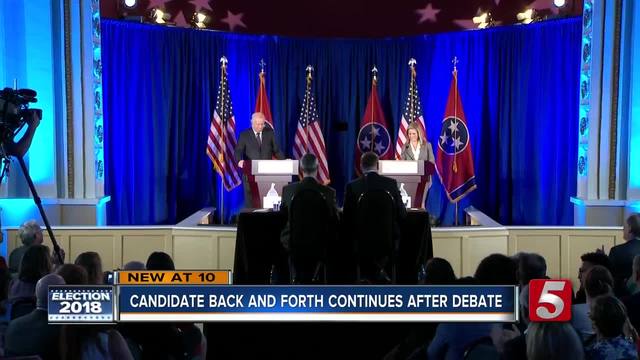 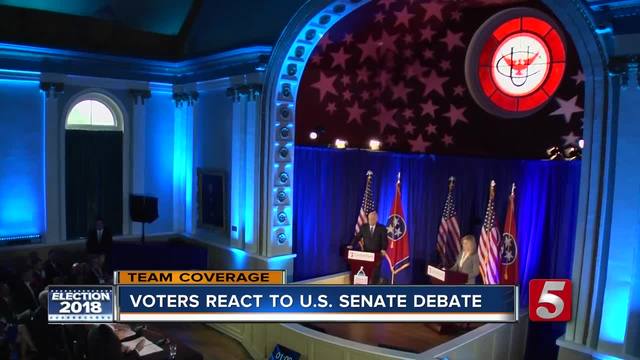 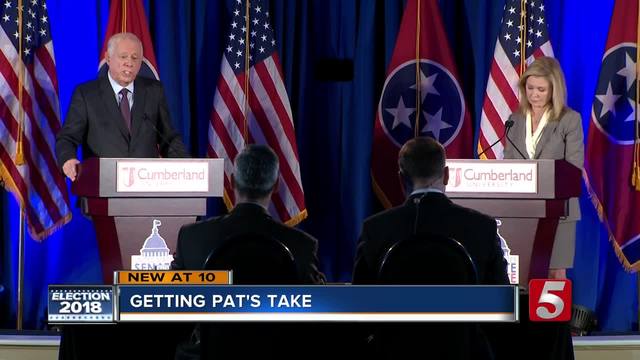 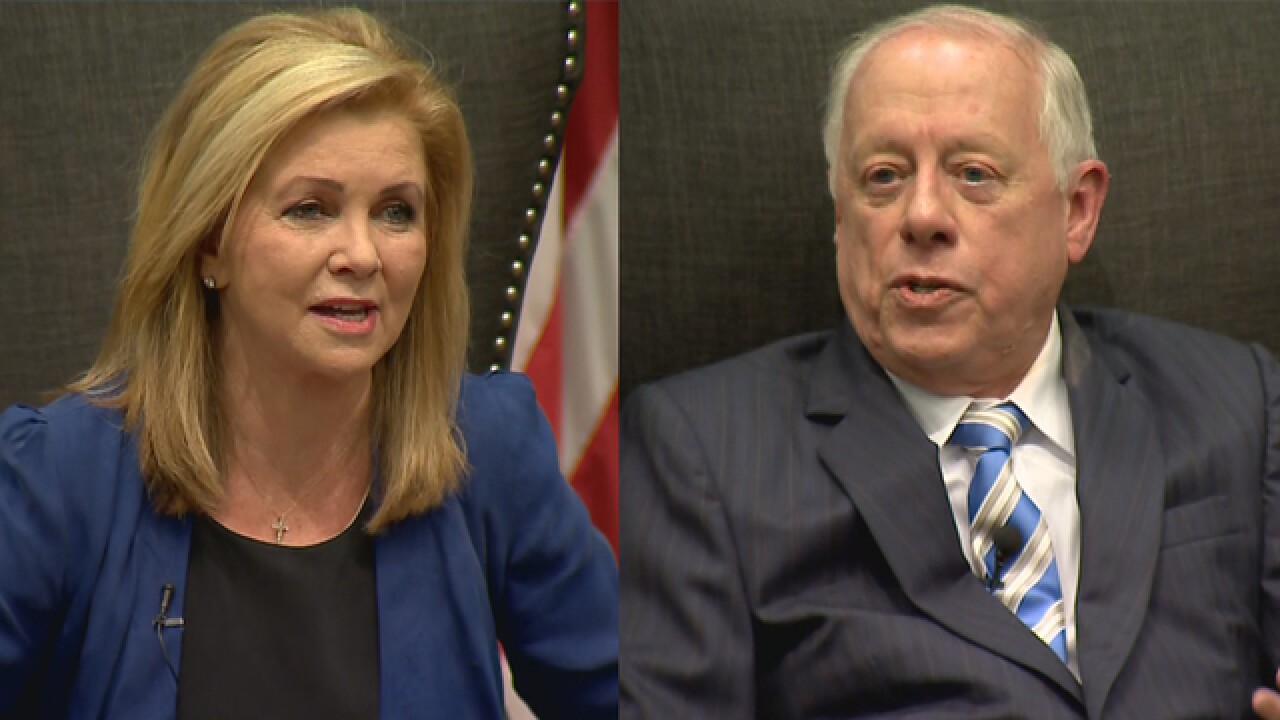 Blackburn invokes Clinton and Obama during question about tariffs pic.twitter.com/NNPkUFtm4h

Bredesen later countered by bringing up Blackburn's anti-ACA votes, saying that Congressmen like her get top of the line health care while voting to take it away from Tennesseans.

Bredesen’s most pointed comment of the night comes on the topic of Affordable Care Act pic.twitter.com/17gVWCxQIh

Gov. Bredesen said he needs more information on the allegations, but wasted no words condemning both parties in how the process has been conducted.

Gov. Bredesen says both parties have turned Kavanaugh nomination into a “circus” pic.twitter.com/wUyK1CQ66y

Newschannel5 political analyst Pat Nolan said despite the sparks, it's unlikely that either performance will move the race out of a dead heat.

The debate was sponsored by NewsChannel 5, The Tennessean, Nashville Public Television (NPT), the League of Women Voters and Cumberland University.

About 150 people were able to watch the debate inside the auditorium at Cumberland University.  Afterwards, several voters said the debate was fair and thorough. They appreciated the candidates addressing a variety of topics, from healthcare to immigration, and the fact they were respectful.

"It was very interesting, and it kept our attention," said Bob Allen. "This is a very important election, and I hope people show up and vote."

"I think they were nice to each other," said Manuela Ptacek. "Far too often these debates get nasty."

Prior to the start of the debate, there was a festive atmosphere on the Cumberland University campus.  The Lebanon High School band put on a show for supporters. Bredesen also came outside and addressed a crowd of cheering supporters. Supporters of Blackburn lined up wearing red shirts and carrying signs.

“There are significant differences between how Phil Bredesen and I will serve Tennesseans in the Senate, and this debate will highlight that contrast," Blackburn said. “I appreciate the hard work of the event’s organizers and volunteers. I look forward to a substantive discussion about the future of our state and our country as part of our general election debates.”

Bredesen previously announced he would participate in at least three other debates.

“I want this campaign to be about ideas because that’s what  Tennesseans expect from their leaders,”  Bredesen said. “I’m applying for the job as U.S. Senator. These debates will give me the opportunity to show how we can take on the tough problems in Washington and work together to get things done.”

Both candidates are vying to fill the seat currently held by Republican Sen. Bob Corker, who is not seeking re-election.