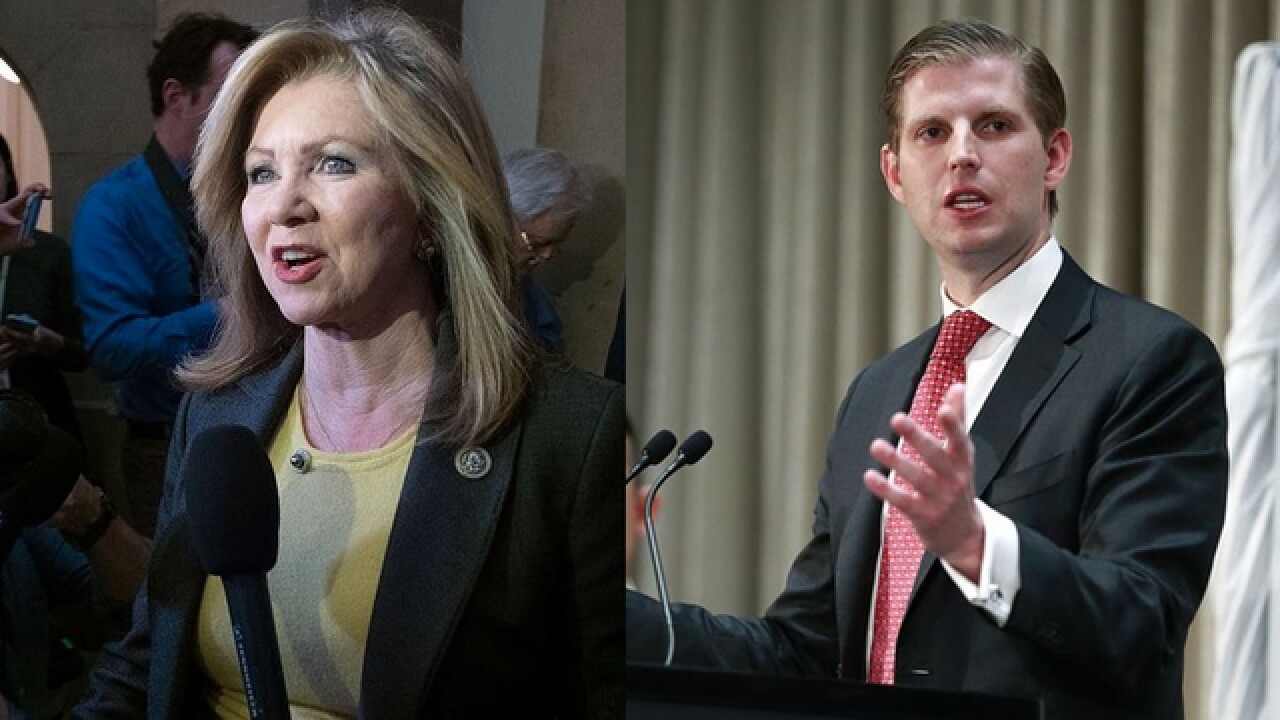 President Donald Trump's son and the congresswoman shared photos on social media of her event Monday in Munford. Blackburn is in a tough race against Democratic ex--Gov. Phil Bredesen.

Blackburn has welcomed President Donald Trump and his allies for events in Tennessee, where Trump won handily and remains popular.

Both Trump and Vice President Mike Pence have separately attended two fundraisers and two public events each in Tennessee with Blackburn.

Bredesen has said he will support or oppose Trump based on his specific ideas and how they affect Tennessee. His campaign has shrugged off Blackburn's high--profile visitors, saying she's bringing "D.C. friends" to Tennessee to tell voters what to think.