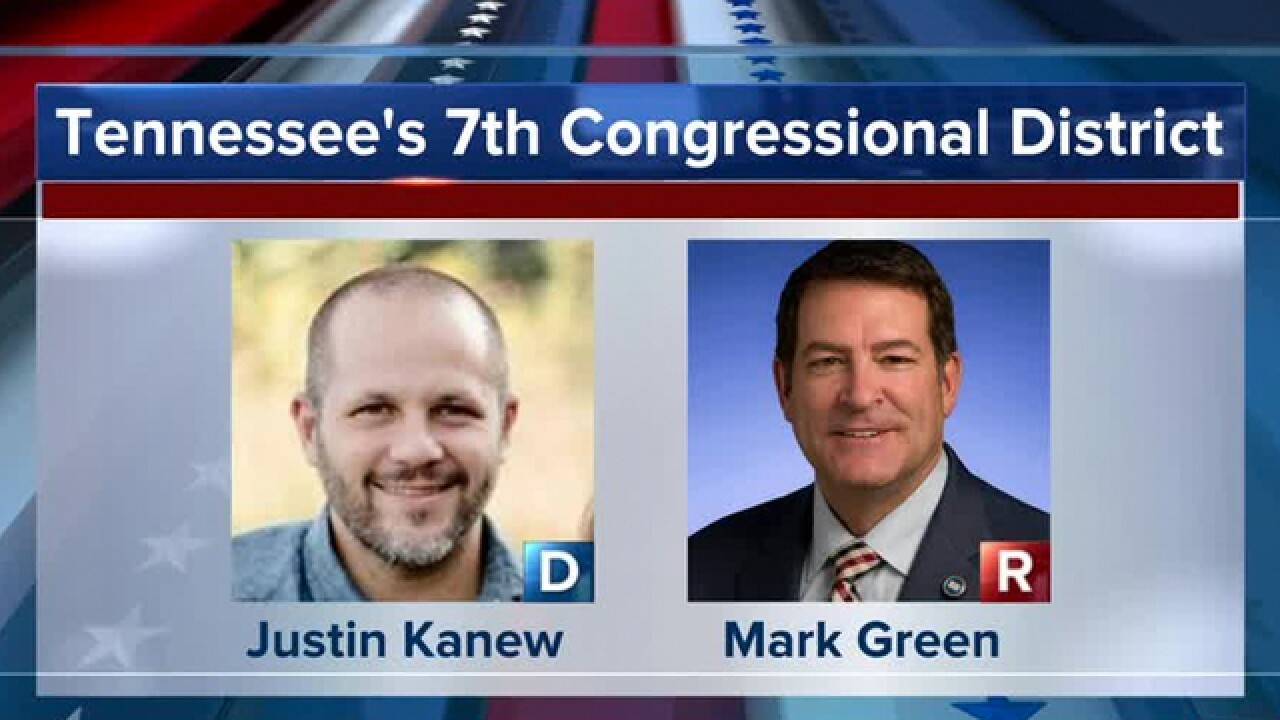 Blackburn stepped away from her House seat to run for the U.S. Senate.

Kanew produced several films, including "Welcome to the Jungle" in 2013.

Green ran unopposed in the Republican primary. A former Army soldier and flight surgeon who grew up in a small town in Mississippi, he raised more than $1.6 million. He withdrew as President Donald Trump's nominee for Army secretary in 2017 amid criticism of his comments about Muslims, and gay, lesbian, bisexual and transgender Americans.