Rubio: Bredesen Tries To 'Pull A Fast One' In Dem Senate Bid 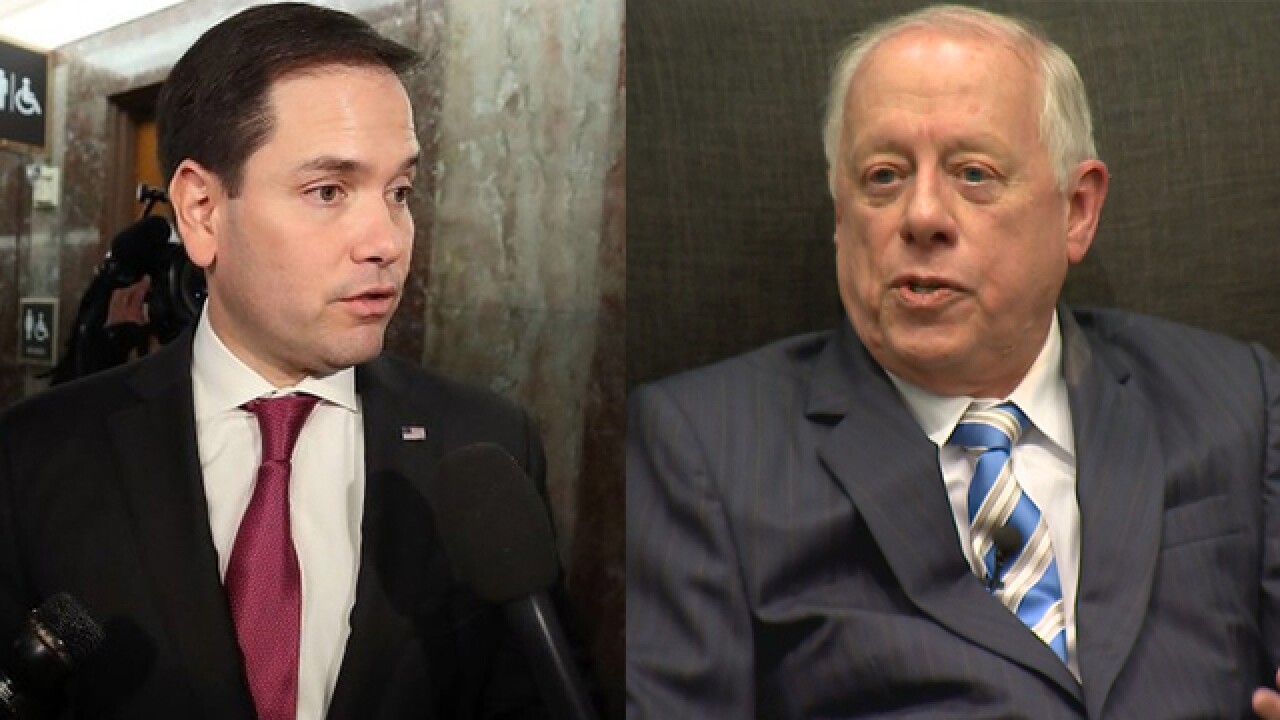 Republican Sen. Marco Rubio says Democratic former Tennessee Gov. Phil Bredesen is "trying to pull a fast one" on voters by promising to be moderate if he's elected to the Senate.

The senator from Florida made the comments to reporters Friday after attending a campaign event for Bredesen's opponent, Republican Congresswoman Marsha Blackburn, in Tennessee.
Rubio said Democrats like Bredesen run promising that they're middle of the road, but vote 99.9 percent of the time with lawmakers that Tennesseans would never vote for themselves.

Bredesen campaign spokeswoman Alyssa Hansen said that like Bredesen, Tennesseans are independent thinkers and don't need out-of-state politicians telling them what to do.

Bredesen and Blackburn are locked in a tight contest to replace retiring Republican Sen. Bob Corker. The GOP holds a 51-49 Senate majority.