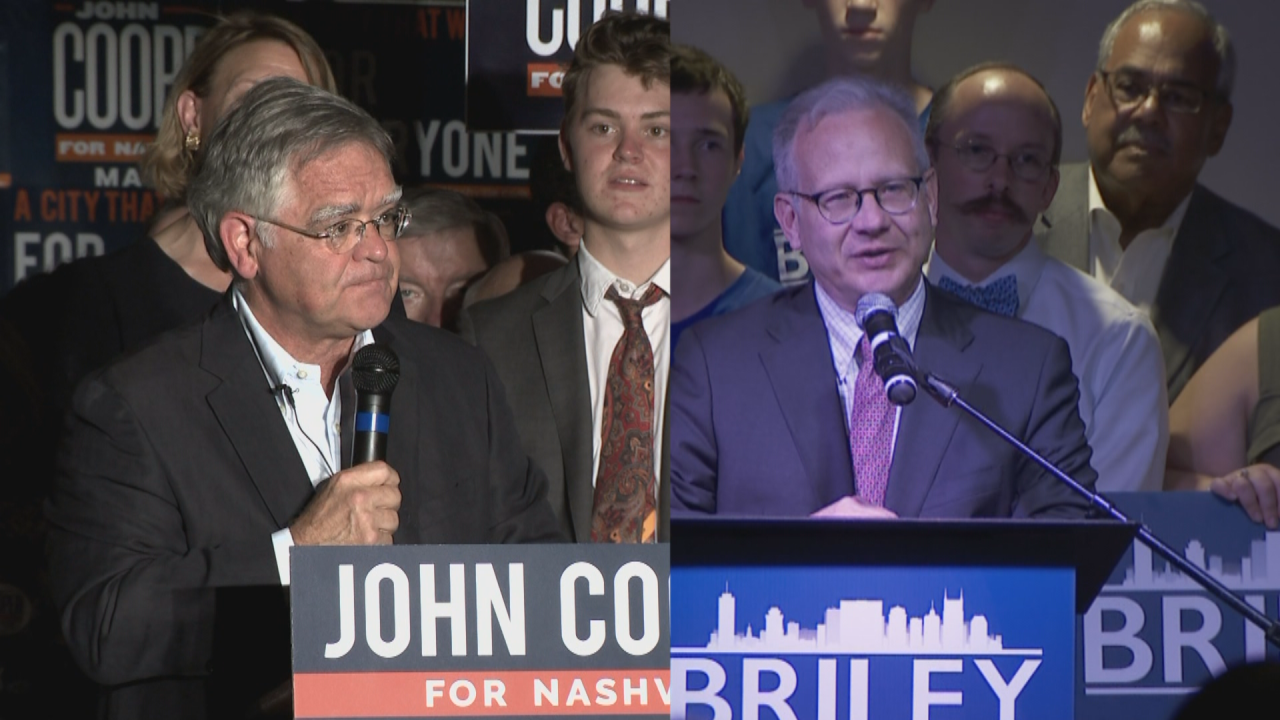 A new internal poll put out by the Cooper campaign shows the Councilmember with a staggering 33% lead. But as with any information coming out in an election, you have to consider the source.

The poll was conducted by Global Strategy Group, a nationally recognized PR firm that works with campaigns. The Cooper campaign commissioned the poll, which found that 59% of respondents supported him while just 26% supported incumbent Mayor David Briley.

We asked political analyst Pat Nolan what he thought of the poll.

“A poll from a political campaign showing something favorable for that candidate? That’s nothing shocking" snarked the veteran political observer. "In fact, such polls are notoriously inaccurate."

However, he did not discount the poll entirely.

"Given the results from the general election, even if the John Cooper poll is off, the results still portend the uphill fight Mayor David Briley faces to come back to win re-election in the September 12 runoff. If Briley loses, he would be the first incumbent mayor to be turned out of office in the 56 year history of consolidated Metro government."

Nolan also says that some campaigns use these kinds of poll results to affect the outcome of the election:

"Is the Cooper poll an effort to further demoralize Briley supporters and make him reconsider not contesting the runoff?" He also said the poll could actually backfire, and cause Cooper supporters to become overconfident and pass on voting in September.

Briley finished second to Cooper in the August 1 election, trailing Cooper by 10 percentage points. They will face off in a runoff election September 12.