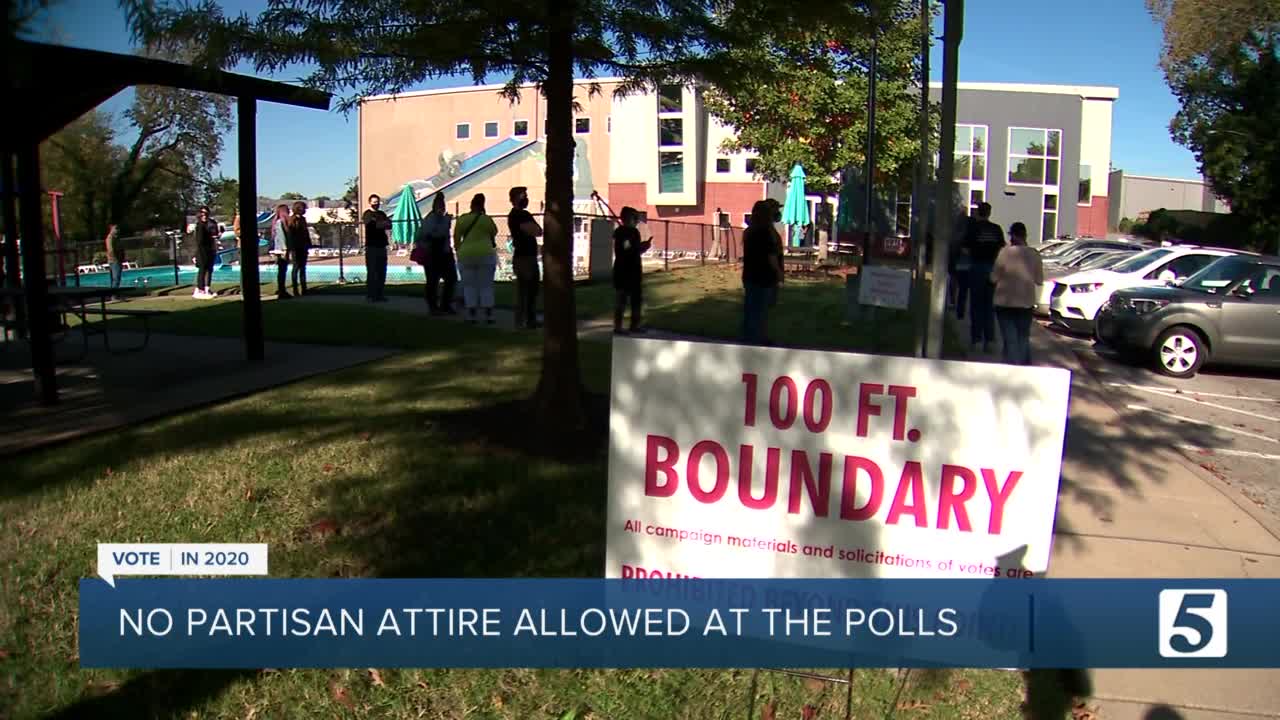 The Nashville Davidson County Election Commission is asking everyone to check your wardrobe before you hit the polls, that's because campaign apparel is not allowed inside the voting area. 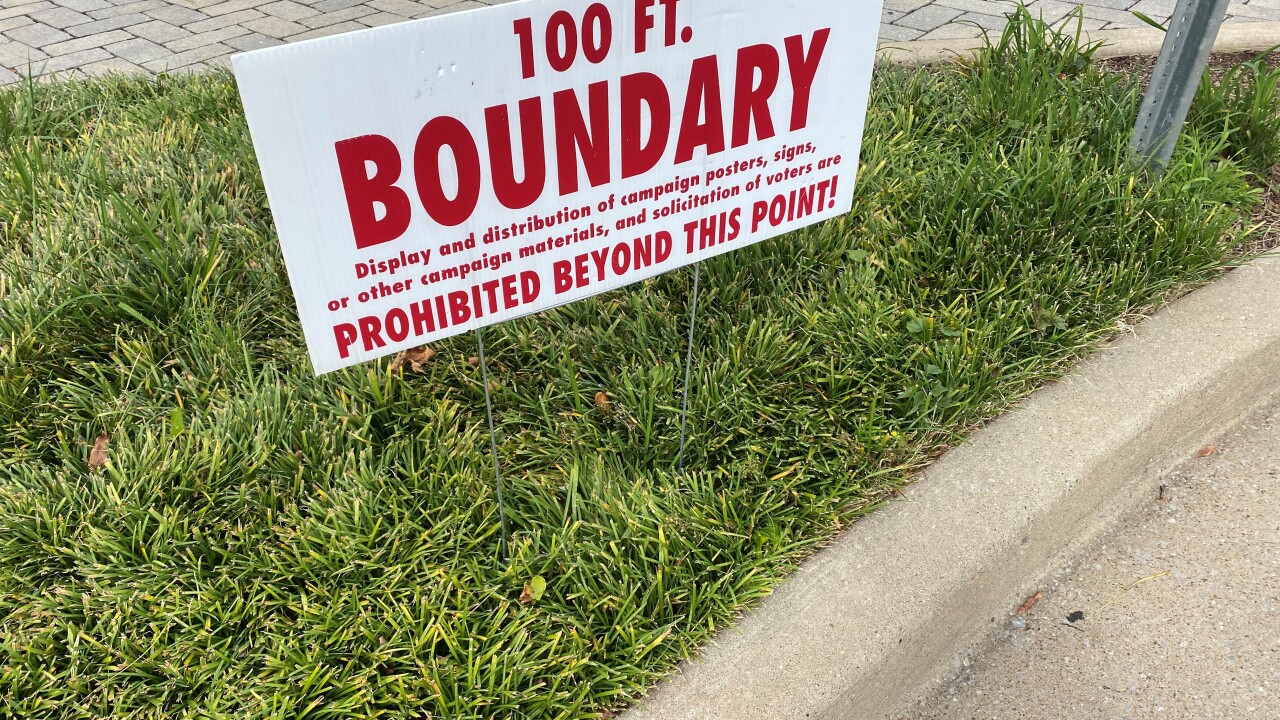 NASHVILLE, Tenn (WTVF) — The Nashville Davidson County Election Commission is asking everyone to check your wardrobe before you hit the polls. Face masks are encouraged but campaign apparel is not only discouraged, but it's also illegal.

State law requires polling locations and the area within a 100-foot boundary of the entrance to be campaign-free zones.

Several signs have been posted around polling locations reminding voters of where they can place signs or wear campaign-related clothing.

"Just keep in mind, voting is not the place to show who you're voting for that's supposed to be between you and your ballot. If you're going to a rally or something, great wear all of the hats and T-shirts you'd like," said Roberts.

Tennessee law also prohibits the display or distribution of campaign materials and the solicitation of votes for or against any person, party or question on the ballot in these areas.

"We are going to ask you to remove the campaign material; we have not had a lot of issues with that isolated instances, I think people get caught up in the moment, they want to participate," said Roberts.

It's also against the law to stand in the voting line and discuss the candidate you're going to vote for in the election.