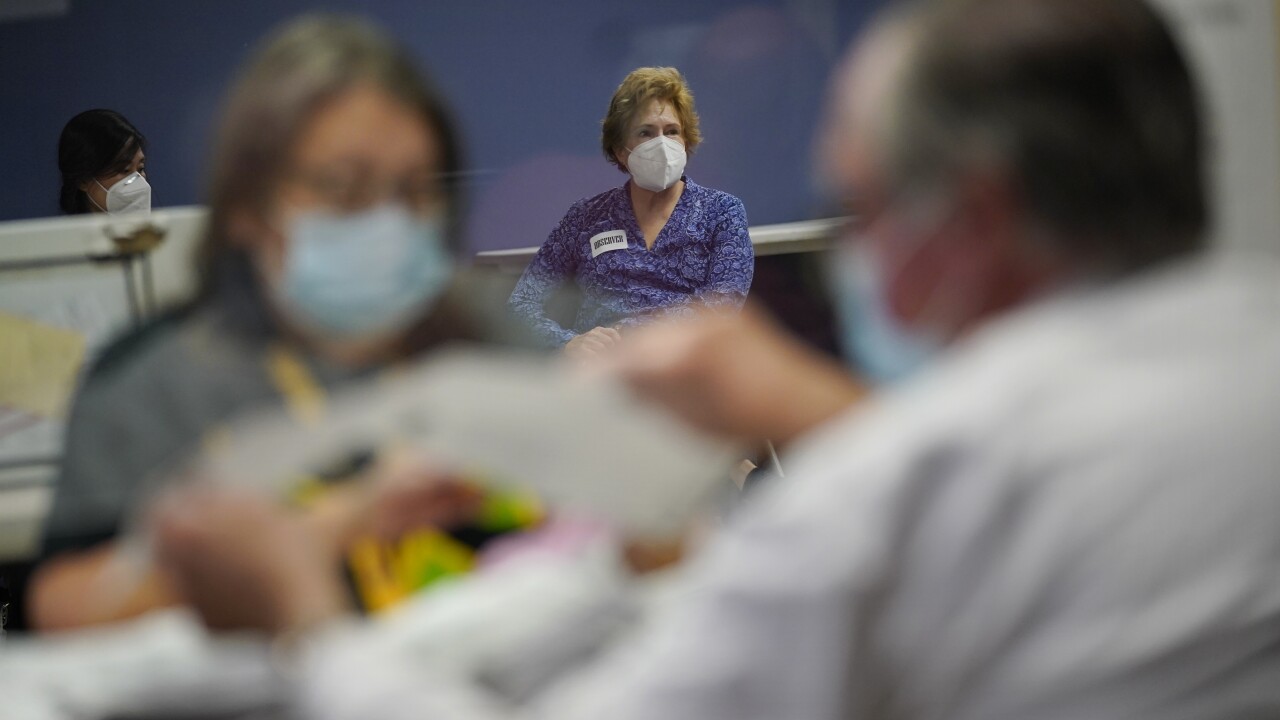 John Locher/AP
FILE - In this Oct. 31, 2020, file photo, an observer watches as county employees process mail-in ballots at a Clark County election department facility in Las Vegas. Election officials in key battleground states pushed back on claims by the Trump campaign that Republican poll watchers were being improperly denied access to observe the counting of ballots, saying Thursday that rules were being followed and they were committed to transparency. (AP Photo/John Locher, File)

What is a poll watcher? Poll watchers monitor voting or ballot counting and are tasked this year with monitoring a record number of mail ballots. Partisan poll watchers are designated by a political party or campaign to report concerns.

This year, the campaign of President Donald Trump says Republican poll watchers are being improperly denied access to observe ballot counting. Not so, say election officials in key battleground states.

They say rules are being followed and they are committed to transparency. With reports of aggressive poll watchers, election officials say they're balancing access with the need to minimize disruptions.

Poll watchers have been an element of legal battles that have erupted in Pennsylvania, Michigan and Nevada.