Just one day after being located by police officers in northern California, Elizabeth Thomas has returned to Middle Tennessee.

A family friend confirmed Thomas made it back to Tennessee Friday.

"Elizabeth Thomas is in a safe location with family and friends where she is comfortable and resting. She is being evaluated and treated by mental health experts specializing in trauma. There is no doubt that she has suffered severe emotional trauma and that her process of recovery is just beginning. The family is extremely grateful for the thoughts and prayers of the nation and asks sincerely for those continued prayers as Elizabeth becomes able to process the last 39 days. The family asks for privacy as this journey begins.

On a personal note, I met Elizabeth for the first time. I was taken aback by who she is. Elizabeth is a little child. She could easily pass for 12. The primary photo used and reprinted so many times by law enforcement, the media, and even our office, is inaccurate. She is a little girl in every sense of the word. This was the abduction of an impressionable, little child."

The 15-year-old and her former teacher, 50-year-old Tad Cummins, were found Thursday at a cabin in Cecilville, California - located in a remote part of Siskiyou County.

Elizabeth Thomas' family attorney: "What a great day to be an American." @NC5 pic.twitter.com/gauEYC2pa4

Nationwide Search Comes To An End

The nationwide search ended after five weeks and some 1500 tips. A citizen spotted Cummins’ silver Nissan Rogue in northern California and alerted authorities. Deputies with the Siskiyou County Sheriff's Office traveled to the area and confirmed the car belonged to Cummins. 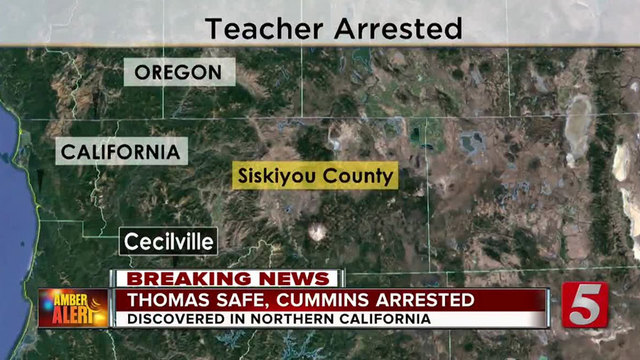 In an effort to avoid a potential hostage situation, they treated his capture like a sting operation and received help from a citizen who had befriended the suspect.

Charges Could Keep Cummins 'Behind Bars For Many Years'

Cummins was placed into federal custody Friday morning. He will be taken to Sacramento, where he's expected to be arraigned Monday. 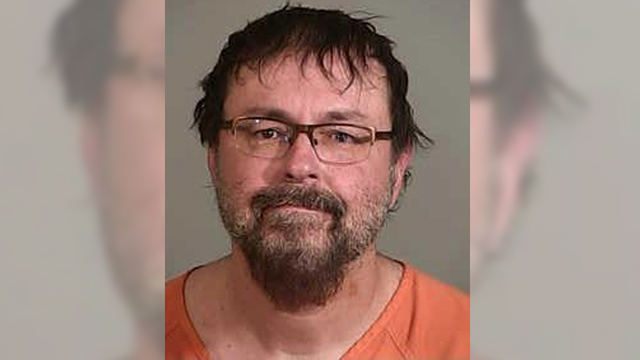 Tennessee Bureau of Investigation Director Mark Gwyn said Cummins is facing a “set of charges that could keep him behind bars for many years.”

In the Federal Bureau of Investigation's criminal complaint for the new charge, it states that Cummins bought Cialis and KY jelly before booking a hotel for the two of them.

While missing, Cummins was charged with kidnapping and a misdemeanor of sexual contact with a minor. However after his arrest, he was charged with transportation of a minor across state lines to have sexual intercourse - a federal crime.

“I would say [Thomas was] more emotional about the situation. It was probably a relief to some degree that the ordeal was over. But that's kind of speculative, but she was emotional at times, sometimes stoic. And it just kind of shifted back and forth.”

An attorney for the Thomas family said Elizabeth has been in contact with them but didn't elaborate on the conversation.

TBI Director Mark Gwyn said the agency would be doing everything in their power to maker her transition home an easy one.