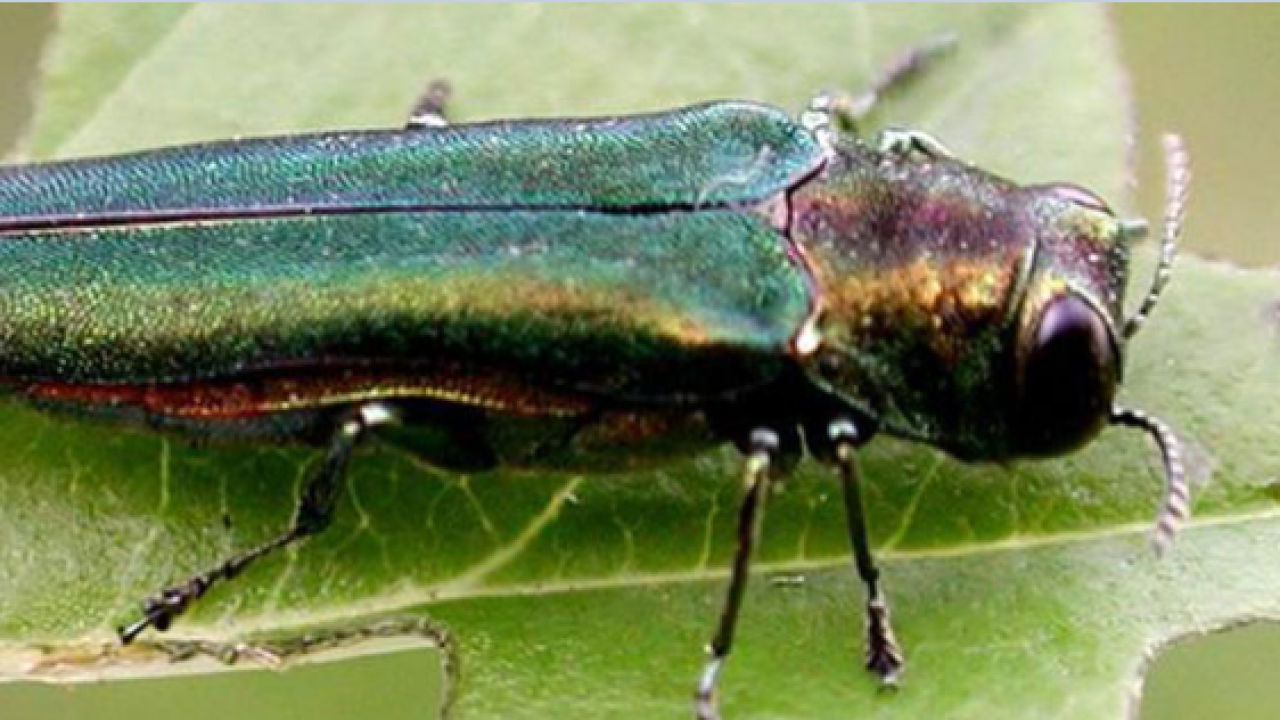 MURFREESBORO, Tenn. (WTVF) — The Murfreesboro Street Department warned residents of a confirmed case of the Emerald Ash Borer inside the city.

The destructive insect is native to the Asia region and was unknown in North America until its discovery in southeast Michigan in 2002 and was first discovered in east Tennessee in 2010. As its name suggests, the beetle will bore through the bark of ash trees and create channels between the tree's bark and tissue, eventually killing the trees.

The beetle was discovered in Davidson County last year. The state released alarming figures, saying all untreated ash trees in Davidson county will be dead or dying by next year, and within three years, the beetle will have destroyed nearly 13% of middle Tennessee's entire tree canopy.

In Murfreesboro's announcement Monday, city officials said the city has treated some high-value ash trees on City property since 2016 as a preventative measure. However, treatments only prolong the trees’ life since infected Ash trees will eventually require removal due to pest damage.

“The City of Murfreesboro Street Department has been removing ash trees that have been experiencing declining health over the past few years in preparation for a large-scale outbreak of Emerald Ash Borer,” said Assistant Street Department Director Kane Adams.

The adult insect is visible between May and August, feeding on ash leaves for three to six weeks. The larva can spend two years eating and growing, affecting water flow and nutrients.