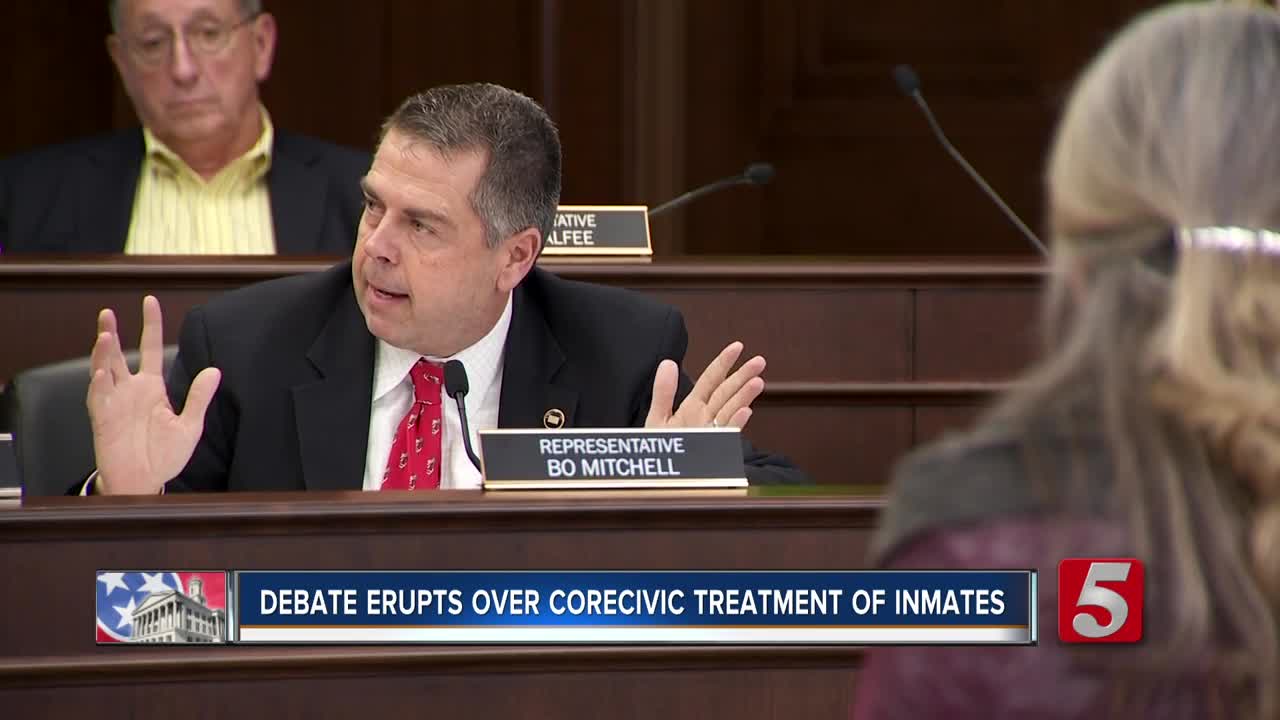 The papers he clutched in his hands shook as Edwin Steakley walked slowly down the center of Senate hearing room one at the Cordell Hull building in Nashville. 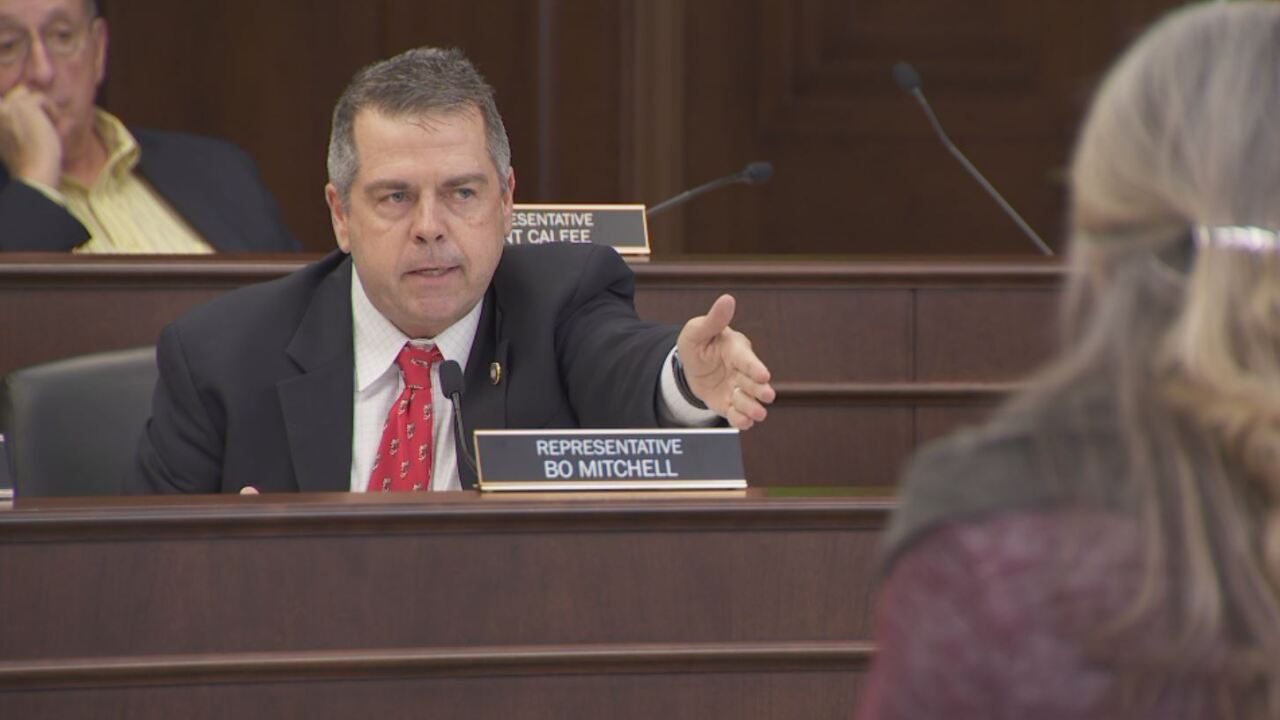 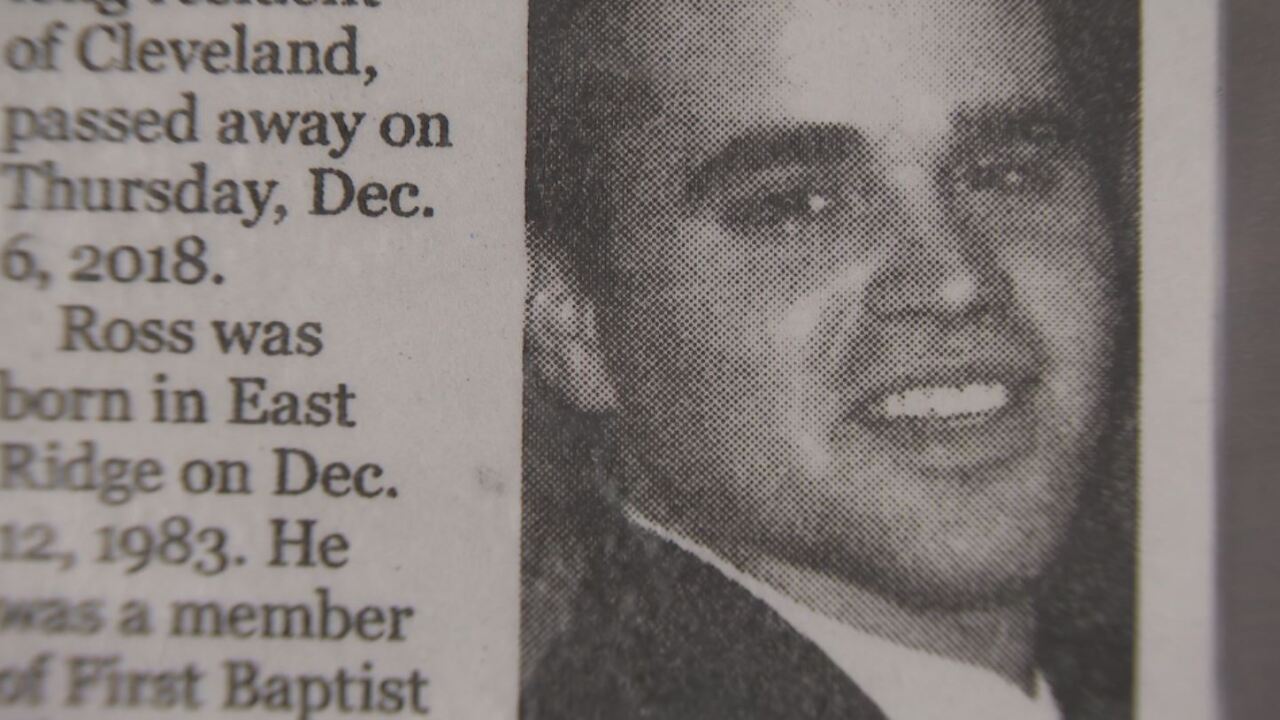 NASHVILLE, Tenn. (WTVF) — The papers he clutched in his hands shook as Edwin Steakley walked slowly down the center of Senate hearing room one at the Cordell Hull building in Nashville. Every set of eyes was fixated upon him, as the former TDOC inmate began the painful process of telling lawmakers the various ways in which he’d been raped while in state custody.

For six long minutes the room sat in silence. Only Edwin’s voice could be heard from the speakers above as he struggled to speak into a podium microphone at the front of the room.

“Do you know what it feels like to have five grown men hold you down and rape you? It’s humiliating. I have to live with this every day, every day and it’s hard. I’ve prayed to God to not let me wake up every morning,” Edwin explained as he lifted up a manila envelope that he said contained a pair of his boxers which had been stained with blood following one sexual assault.

Edwin says he mailed the boxers home to family members asking someone to help him. But the former inmate says his cries for help to everyone from the prison warden to state lawmakers, were simply ignored.

He stood before a joint subcommittee wearing a plaid blue shirt, his red hair mostly covered by the white kippah on the top of his head. A symbol, he said, of his strong Jewish faith.

It was that faith that Edwin claims was the cause of as least one sexual assault, “My life has become a living hell, I did not know if I would get out alive. I was the victim of sexual assault, forced to perform oral sex, because of my faith, because I was Jewish. I wrote case managers, nothing was done.”

Edwin ended up in state custody back in 2016. He’d been sent to jail on a theft charge and on November 26, 2016 was sent to Trousdale Turner Correctional Center in Hartsville, Tennessee. The facility is owned by the Tennessee Department of Corrections but managed by private corrections firm CoreCivic.

CoreCivic has faced a mountain of criticism over the last few years. From state lawmakers, to inmates like Edwin. On Tuesday, lawmakers were holding a final sunset hearing over a recently released state audit, detailing issues identified at the Trousdale facility throughout 2018.

Having been released from the facility in April, Edwin addressed the committee hearing in hopes they would listen to his concerns.

“Does anyone care? Where’s the help we are supposed to get from the inside. Please, make sure no one else has to suffer what I went through,” he pleaded with lawmakers and TDOC Commissioner Tony Parker who sat just a few feet to his right.

After he was done, lawmakers thanked Edwin. The 39-year-old grabbed is coat and walked away from the room in tears.

Democratic Mike Stewart then asked Commissioner Parker why it appeared in a report submitted to the committee that no rapes were reported at CoreCivic’s Trousdale facility in 2018, even given what he called “very credible” testimony by Mr. Steakley .

“Why was rape reported to the warden and I don’t see it on the report by your department?” Stewart asked.

To which Commissioner Parker responded, “This is something we need to look into.”

After the hearing, TDOC officials said they have no record of Edwin Steakley ever reaching out for help from officials at the jail.

CoreCivic officials say that Steakley's claims were investigated and TDOC was notified.

Edwin Stakely’s story though seems to mirror larger concerns brought up throughout the course of the nearly three hours long contentious hearing. In an effort to address concerns raised in a 2017 audit, CoreCivic has tried to address staffing issues by raising the hourly rate of prison workers from $11.70 to more than $16 an hour. The company, according to the audit, has also started offering $2,000 bonuses to employees who stay for six months and another $2,000 for employees who stay after 12 months.

In 2017, an annual audit found that the Trousdale facility had 66 documented incidents of non-compliance that resulted in CoreCivic being fined more than $2.5 million. This year, the number was down to 26.

When asked whether the contract with CoreCivic should be ended, Commissioner Parker responded, “I have found the vendor, CoreCivic, they work well with us to try to correct these issues.”

Still, some lawmakers seemed dissatisfied with the progress the company is making.

“We have to step up in my opinion,” said Janice Bowling, a Republican Senator from Tullahoma.

Perhaps the most heated moment of the hearing though came following the testimony of Bill and Teresa Anderson.

Much like Edwin Stakeley, Bill Anderson came to the podium and struggled through his emotions to tell the story of his son Ross Anderson. Ross hung himself inside of his Trousdale Turner Center cell on December 6, 2018.

Bill Anderson’s voice cracked as he explained that his son Ross, who would’ve turned 35 last Wednesday, was not getting the kind of mental health help he needed to treat his schizophrenia.

"We believe there was a lack of oversight, a lack of adequate staffing," Bill Anderson explained.

Ross Anderson was given a life sentence in 2015 for the murder of his girlfriend Rachel and her son Colton. In front of lawmakers though, the Anderson’s said that CoreCivic did not do enough to give their son the help he needed while in state custody.

“He died alone, in a place where no one loved him and he was just a number. He was a paranoid mess and he was not well,” Bill Anderson said through tears.

In his hands, Bill Anderson clutched a laminated version of his son’s obituary, which he said is the only source of information he has had about his son’s death, “We just want answers and I don’t think that’s unreasonable at all.”

Via email on Tuesday, CoreCivic officials said, "the facility chaplain at Trousdale Turner notified the Anderson family of their son's death as soon as TDOC completed their initial on-site investigation and interviews."

After three minutes of testimony, Bill Anderson was cut off by Republican Chairman Mike Bell. Bo Mitchell, a Democrat from Nashville, quickly shot back.

Mitchell was eventually called out of order. After a few minutes Rep. Bell apologized for his outburst as well.

A contentious end to hearing, where raw emotion seemed to define the day.