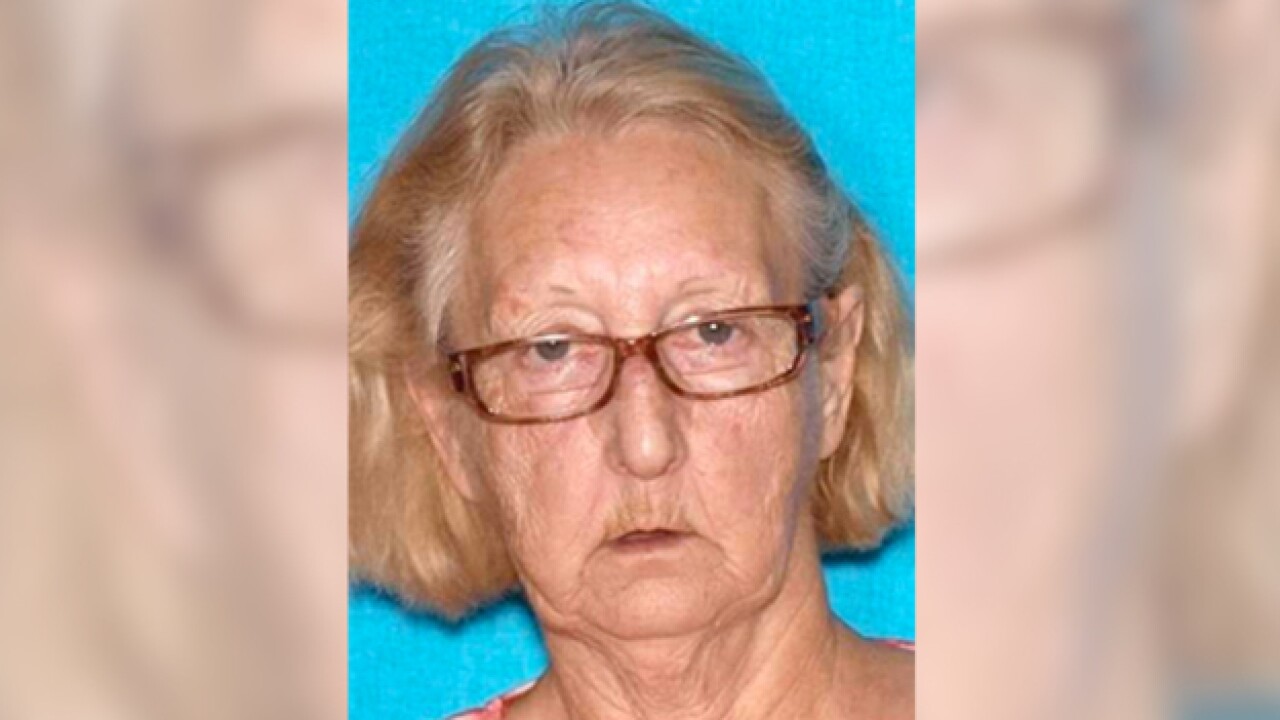 Officials with the Sumner County Sheriff's Office issued an alert for an Endangered Adult.

Carol Faye Panczko was reported missing by her son on Thursday, Aug. 23. He said he hadn't had contact with her sine the 15th.

She was reportedly last seen in the area of New Deal Potts Road in Portland, Tennessee where she was preparing to rent a home.

Ms. Panczko is known to drive a 2014 Grey Toyota Camry with TN license plate number 120WMJ and a dent in the driver’s side quarter panel.

Anyone with information on where Panczko could be was asked to call the Sumner County Sheriff’s Office NCIC at 615-442-1810 or Criminal Investigations at 615-442-1809.