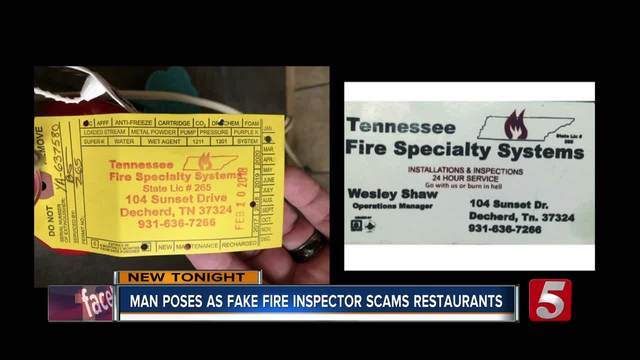 Alfonzo's Mexican Restaurant in Shelbyville was scammed out of hundreds of dollars after a man claimed to be a fire inspector who promised to replace broken or unsafe safety items, but never did. 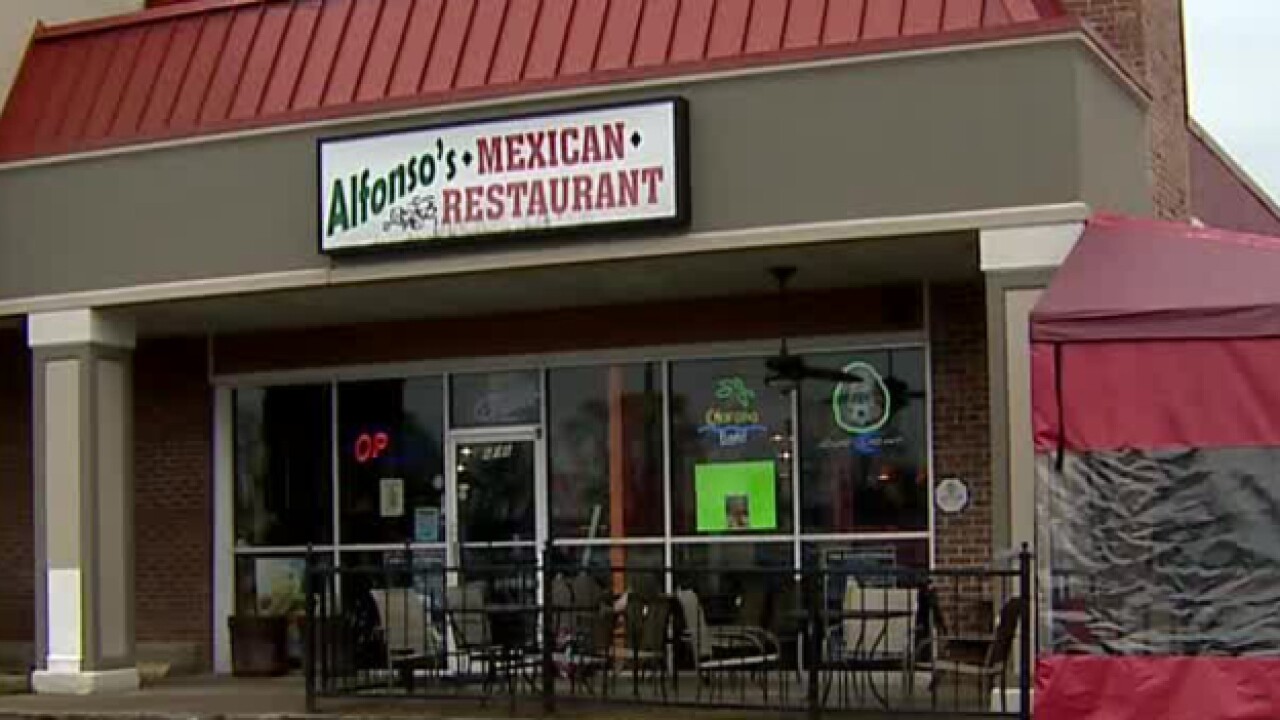 Employees at Alfonzo's Mexican Restaurant in Shelbyville are a lot more cautious about folks coming in, claiming to be a fire safety inspector. They've dealt with one scammer more than once.

“I told him, hey I don’t want the service but he never heard me,” restaurant owner, Alfonzo Sandobal said.

Sandobal said the poser has managed to scam his restaurant when he's not there. “When I’m not here, he come inside, take the money and left,” he explained.

Richardson says the man is targeting Mexican and Chinese restaurants, where there is likely a language barrier. “He’s been to Lewisburg, Fayetteville, Winchester, even as far as Huntsville, AL,” Richardson said.

The scammer goes by Wesley Shaw and presents what appears to be legitimate business cards and tags to restaurant owners. However, as Richardson found out, the state license number he provides expired in 2005. “He may have been legitimately licensed at one time,” he said.

While officers in Lewisburg have questioned the suspect, no arrests have been made just yet so Richardson has this advice if a fire inspector should show up at your restaurant, “make sure you check their license and make sure it’s valid."

If you suspect your fire protection service company is not legitimate you're encouraged to contact your local fire department or fire marshal's office.