A whole community has begun mourning the loss of five children killed in a school bus crash in Chattanooga. Three days after the crash, all the the kids' names have been confirmed by family members.

All three of Jasmine Mateen's children were on the bus Monday. Two of them suffered minor injuries, but her 6-year-old Zyaira was killed in the crash. 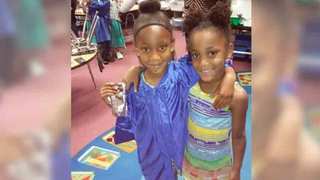 Family members said Zyaira was on the school bus for hours before police found her body pinned under a seat.

Her siblings 10-year-old Zaucareea Brown and 6-year-old sister Zasmyne Mateen were able to get out.

They said they got them to smile for the survivor's picture below. They were released from the hospital yesterday after suffering from several broken bones and a concussion. 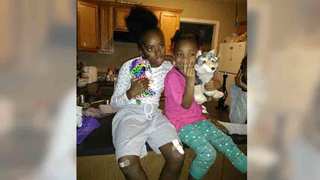 The family has set up a gofundme account to help with funeral expenses.

According to the Chattanooga Times Free Press, the other 6-year-old killed in the crash was D'Myunn Brown.

The three other children killed in the crash were 10-year-old Zyanna Harris, 9-year-old Cordayja Jones and 9-year-old Zoie Nash.