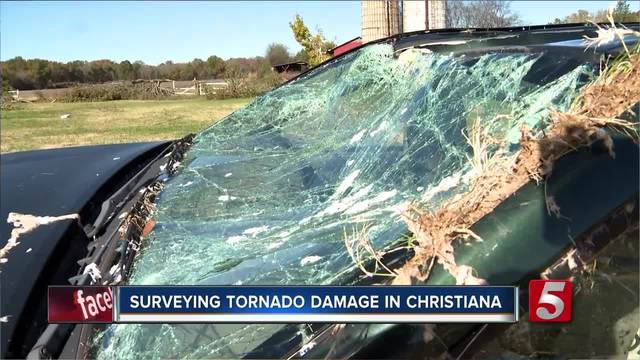 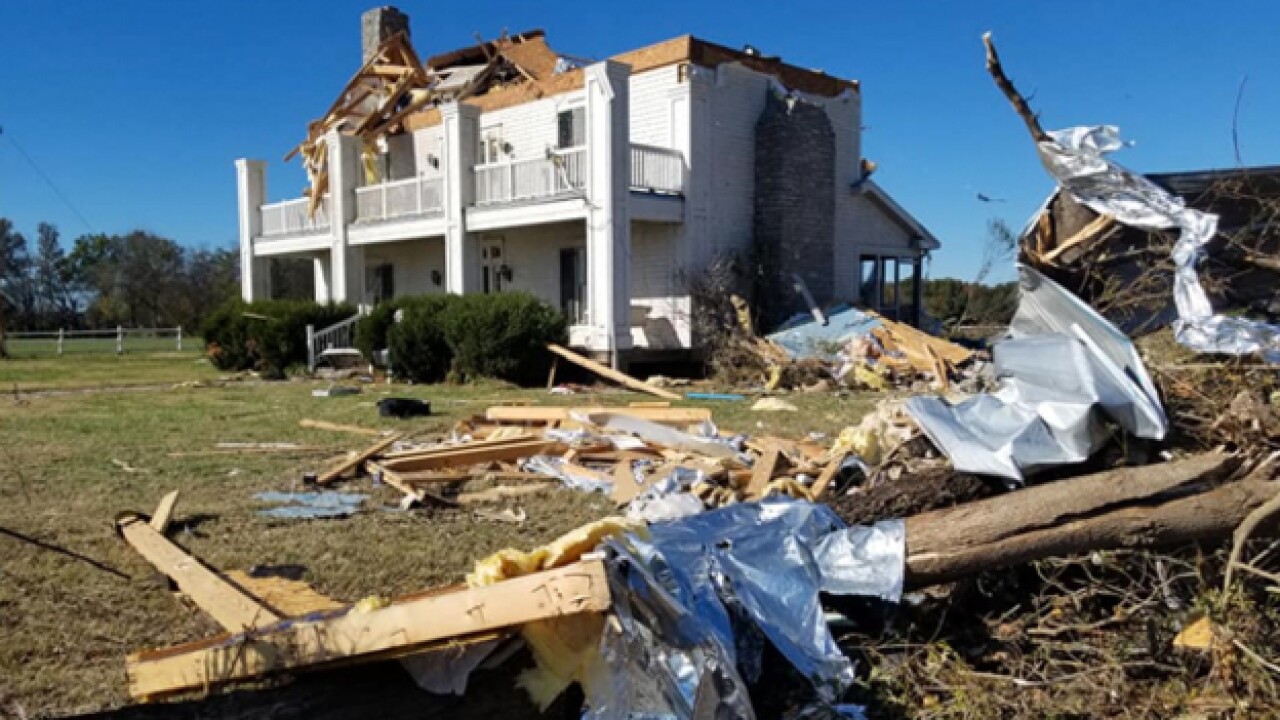 Homes throughout Tennessee were left surveying damage after Monday night's storm that lasted into Tuesday morning, including the community of Christiana in Rutherford County where one person was killed, and multiple others were injured.

“Night’s the scariest, because you can’t see it," John Erdmann said. His home was hit by the tornado, but luckily, no one was injured.

Erdmann was up late working and knew severe weather was headed in his direction, because of that, he had the radar up on his computer and made sure to monitor it.

“(I) saw that there was rotation coming in the area and decided I needed to get the family up and seek shelter," Erdmann said, adding that he woke up his wife and got his son out of bed to go down to the downstairs bathroom. “We’re sitting in there, sitting on the floor, and then all of the sudden it was like a big roar and all of the sudden I hear metal being ripped off the house and I knew it was there.”

Erdmann said before too long, there was only silence, and the tornado had passed. He knew the tornado had hit the home, but didn't know the extent of the damage until he went outside.

He saw the roof and the entire third floor were ripped off of his home, and his family's cars were at the mercy of the tornado.

“One got just turned sideways, one got rolled, and the third one got picked up actually and thrown into the field," Erdmann said of his cars.

Luckily the family had relatives that lived nearby, so they stayed with them for the rest of the night until the sun rose and daylight broke, at which time they returned to their house and saw all of the debris thrown across their field.

Couches, personal belongings, musical instruments broken into pieces. They were all taken from their home by the tornado and mostly destroyed.

While having their home destroyed certainly is not ideal, Erdmann said he's just glad that everyone, including the family dog, made it out safe at his home. All of their belongings can be replaced.

“Thank goodness for the new radar. Had we not had that, wouldn’t have known to seek shelter," Erdmann said, thinking of what could have been.

Erdmann said one of the positive that came out of the situation is the outreach of support from neighbors, friends, and strangers. He said he had heard from numerous people he hadn't spoken to in years offering help.